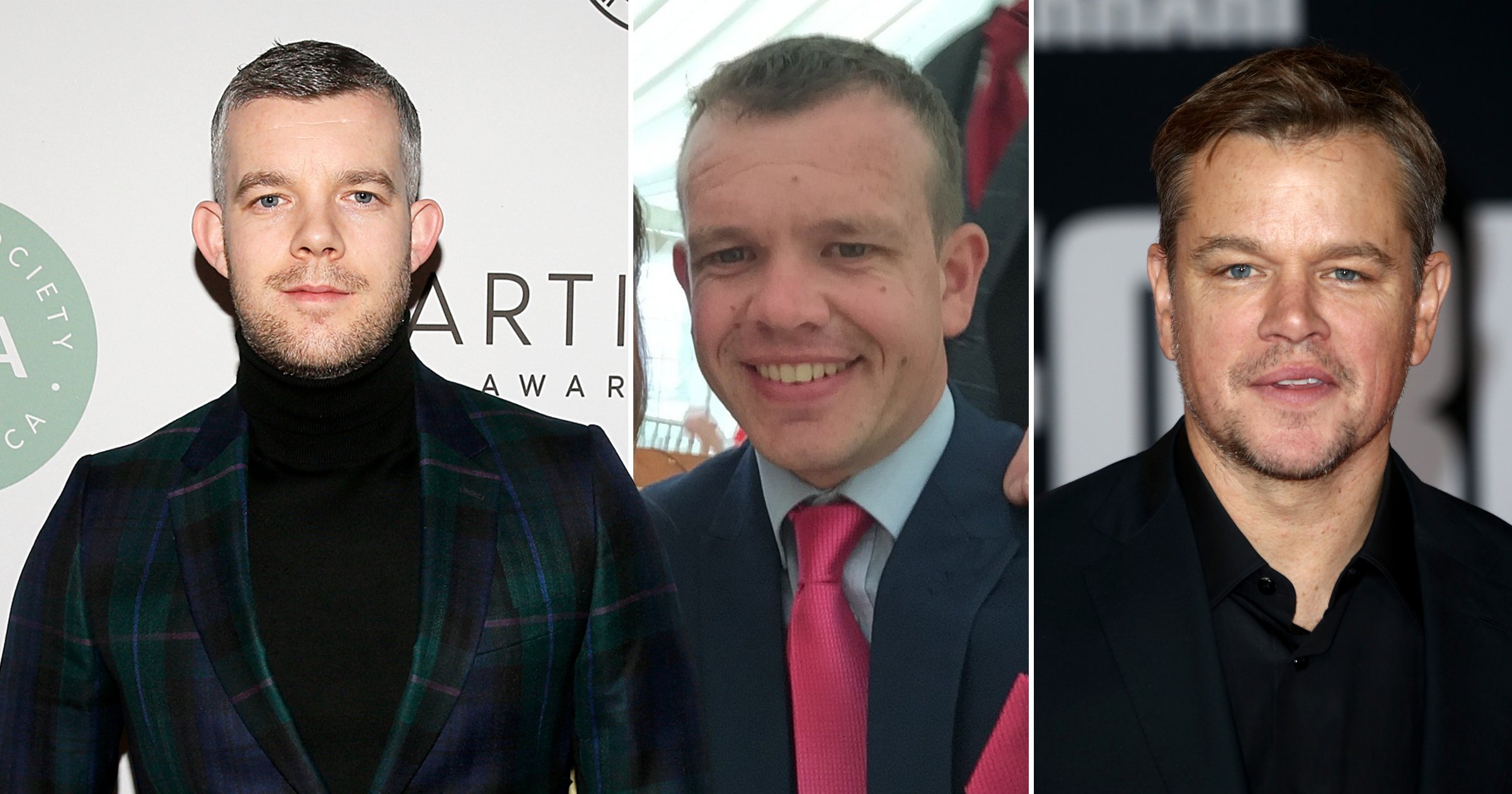 Russell Tovey has responded to being compared to a Matt Damon lookalike, after a Damon-for-hire went viral this week.

Fans of both Matt and Russell were left debating the likeness of the lookalike that some felt was both similar and, at the same time, nothing like either star.

Yes, that sentence doesn’t make sense, but also, at the same time…it does?

Overnight a tweet began to pick up speed on social media after a punter had noticed a lookalike touted to be a Matt Damon double and felt he wasn’t an exact twin of The Martian star.

Sharing the shot of the Damon-for-hire (who is available from Lookalikes Agency, run by David Beckham lookalike Andy Harmer, should you be interested) to Twitter, writer James Hamilton wrote: ‘For absolutely no reason, here’s some genuine lookalikes you can hire from a UK lookalikes agency.

‘This is, and I wish I was joking, Matt Damon.’

They went on to share a whole bunch of others you can hire, such as Boris Johnson, Daniel Craig or ‘Will Ferrell in Elf’, should the real deal celebrity not be available for your shindig, however it was Matt Damon’s that lingered, as fans instead felt he was giving off some Russell Tovey vibes.

One mused: ‘I love that @russelltovey is trending because of a man who looks nothing like either Matt Damon or Russell Tovey.’

Bringing some comparisons into the mix, another wrote: ‘When you order Russell Tovey off Wish.’

Comedian Aisling Bea found the whole thread a joy, as she wrote: ‘This is as great at thread as you will see this morning.(sic)’

Responding to a fan who shared the Russell likeness, she added: ‘I’ve actually been posing as @russelltovey for years. He pays me to run to the shops and a few bits like that.’

While the jesting was all in good fun, Years & Years star Russell is seemingly all for the joke as he later changed his profile picture on Twitter to be of the lookalike who should definitely expand his repertoire to also include the actor.

Loving the comparison in all its light-hearted glory, he told Metro.co.uk: ‘To even be considered as handsome and dashing as the lookalike of Matt Damon is incredibly humbling.’

As one follower of Russell’s mused, his support of the viral moment may work in the lookalike’s favour: ‘He just increased his booking fee.’

Another joked: ‘Has anyone ever pointed out how much you look like Matt Damon? Especially from this angle.’

We do hope the lookalike is upping his price now the pandemic is set to come to an end – we have a feeling he’ll have a lot of business on the horizon.