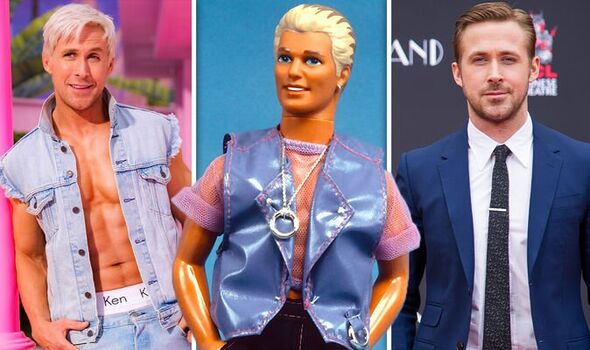 The film will be released next year, with fellow Hollywood actress Margot Robbie taking on the role of Barbie.

Ryan Gosling, 41, has been pictured for the first time as the beloved Ken Doll for the upcoming Barbie movie.

The film will be released next year, with fellow Hollywood star Margot Robbie taking on the role of Barbie.

Ryan’s chiseled abs are on show, along with his boxers reading “Ken”.

Warner Bros. Pictures posted the picture in view of their 5 million Twitter followers.

Many social media users took to the comments to share their view on Ryan’s transformation, with there being a divide in opinion.

DCruz25 said: “Why did they make him blonde! He looks so much better with his natural colour!”

DarkMalicex added: “So many questions right now but mainly why is this a thing?”

It appears as if the actor is dressed as the Earring Magic Ken model, introduced by Mattel in 1993.

Upon release, it became the highest-selling Ken doll in history and caused a stir when some people speculated that designers had taken inspiration from the gay clubbing scene in early nineties New York and Los Angeles.

Warner Bros. Pictures posed the picture in view of their 5 million Twitter followers.

Ryan seemed to be dressed as a high-selling Barbie model

It appears as if the actor is dressed as Earring Magic Ken model, introduced by Mattell in 1993.

Ryan is known for his successful Hollywood career

He is the recipient of a Golden Globe Award and an Independent Spirit Award.

Ryan became a teenage heartthrob in 2004

Ryan became known on the scene in 2004 when he starred alongside Rachel McAdams in The Notebook.

He has starred in several films alongside Emma Stone