Is there any couple more beloved than Ryan Reynolds and Blake Lively? Right now it seems like every time I turn around, another incredible power couple has split. John Cena and Nikki Bella. Ariana Grande and Mac Miller. Channing Tatum and Jenna Dewan. But not Reynolds and Lively. They’re my forever faves. (Famous last words. Knock on wood.) Ryan Reynolds and Blake Lively’s rule for marriage seems to have set a great foundation for happiness and is honestly really smart when you hear it. What’s the cardinal rule? Never let their filming schedules overlap. Plain and simple.

According to Reynolds, both he and his wife make a super concerted effort for one of them to always be available for their kids. Reynolds told People magazine, "We are very conscious of being very present as parents. I come from a big family and so does Blake, and we want to create a very warm and happy environment for our children." Right now, Reynold’s has been busy on the movie press circuit (he’s promoting the Deadpool sequel at the moment), which means Lively has been on mom duty as of late.

Usually, these two are known for their hilarious banter and lighthearted trolling they love to dish out on social media. But in chatting with People, Reynolds seemed to be a little more sentimental than usual. He contributed the change to his children but admits he’s always been a softy. He put it: 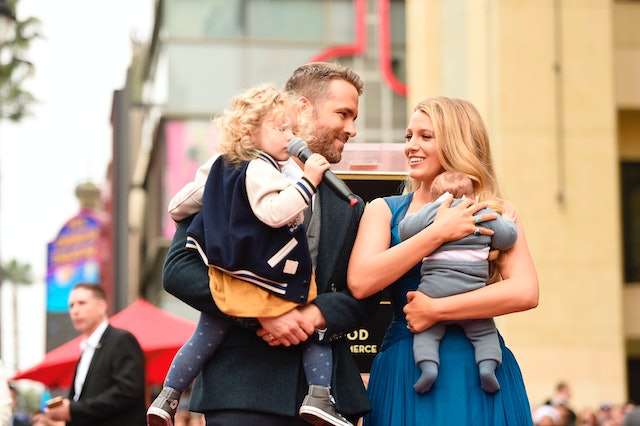 Reynolds and Lively are the proud parents of two gorgeous daughters, James, 3, and Ines, 1. Despite being the only male in the family, Reynolds says he wouldn’t have it any other way. After Ines was born, he told People he’s "just fine being surrounded by estrogen." He said,

He added, "I would not be an unhappy man if I had a six-person soccer team of girls."

That’s a lot of babies, Ry-Guy.

The truth is, it sounds like they could make six kids work, thanks to their agreement. Lively’s also talked about their "no movie-making at the same time" arrangement, telling Glamour magazine, "what fulfills both me and my husband is our family." She says,

While we’re here, do you guys have any, like, beauty, health, or money advice too? Whatever you’re doing, it’s working.