Double the awkward! Ryan Reynolds – who recently bought a stake in Aviation Gin – sat down for a (short, very short) interview with his “twin brother” Gordon Reynolds to celebrate World Gin Day coming up June 9, and the lesser known brother once again showed off his sarcastic wit at the actor’s expense.

In the interview, which Aviation Gin is sharing first with Us Weekly, the eerily similar “siblings” discuss everything from Ryan’s kids with wife Blake Lively — daughters James, 3, and Ines, 21 months — to Gordon’s complete disinterest in Deadpool 2. As the lesser-known Reynolds “twin” puts it, “I haven’t seen it yet…I was recently diagnosed with Stage 4 I-Don’t-Give-a-S—t.” 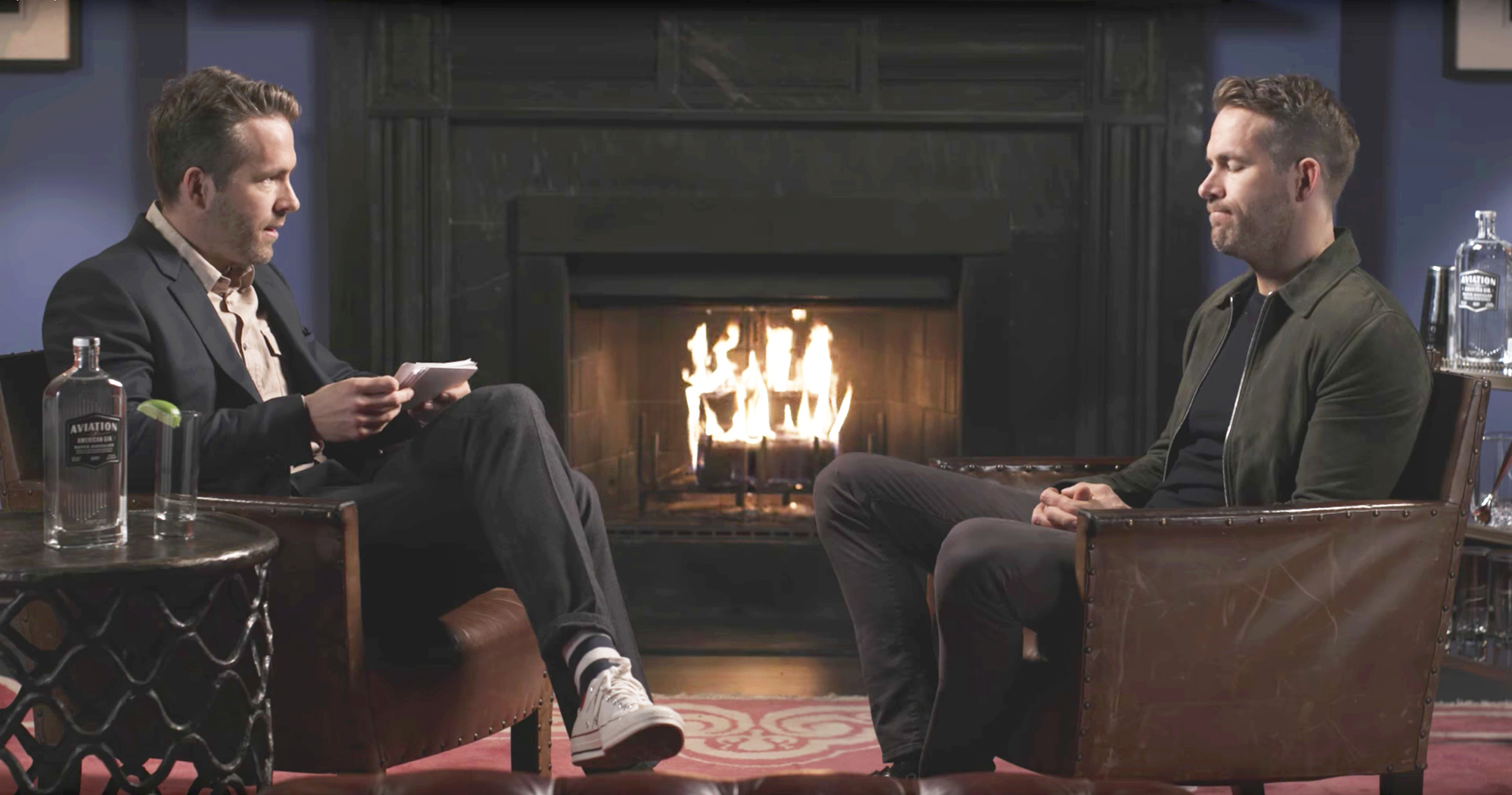 The topic of conversation then turns to gin, as Gordon applauds his “twin’s” decision to acquire an ownership interest in Aviation Gin, which the actor did back in February. Aviation Gin, which was founded in Portland, Oregon, also happens to be the world’s highest rated gin and an icon of the American craft distilling movement. Only the best for Deadpool, right?!

Ryan pursued an interest in the spirit company after tasting the product for the first time, and in his role as owner, the 41-year-old is playing an active part in the day-to-day business and overseeing the creative direction of the company. As he tells Gordon in the video, “Aviation Gin is the best goddamned gin on the planet.”

Even though Gordon isn’t always a fan of his “twin’s” work, he downs a whole glass of Aviation in the middle of the interview and seems to be a big fan. “It tastes like a sunrise had sex with a feather duster,” he declares.

Still, Gordon manages to rib his “brother” for being neither American nor able to fly a plane, as the name Aviation Gin suggests. “Roughly how many celebrities passed before they found you?” he quips.

At that point, the Golden Globe nominee was growing increasingly tired of his “twin’s” silly antics, and after a brief game of copycat, Ryan stormed off, leaving Gordon and the gin behind.

This wry humor is typical for Gordon, who first interviewed his “twin” back in November 2016, shortly after the more famous Reynolds brother was named GQ’s Man of the Year. In that sit-down, which was filmed for GQ, Gordon didn’t hold back when speaking to his brother, asking: “Why can’t you be like other actors, good ones?”