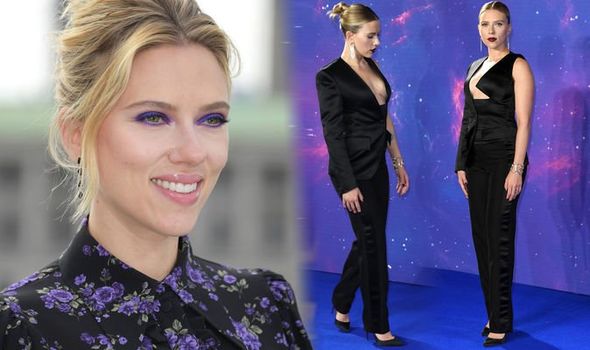 Scarlett Johansson, 34, wore a bold purple look this afternoon to attend a press event with the co-stars of her new film Avengers Endgame.

The American actress, who plays Natasha Romanoff also known as Black Widow in the Marvel films, opted for a pretty purple dress for the photocall with her co-stars Paul Rudd, who plays Ant-Man, and Chris Hemsworth, who is also known as Thor.

The mother-of-one teamed her floral dress with black tights and suede boots and emphasised her natural beauty with bold, bright purple eye shadow.

Wearing her hair in an elegant up ‘do, her daytime look was in stark contrast daring outfit she wore the night before.

The Hollywood star, who was previously married to Ryan Reynolds and Romain Dauriac, donned a plunging playsuit for an Avengers Endgame event at the Picturehouse Central cinema.

The blonde beauty risked a nip slip in the black satin outfit which featured an extremely plunging neckline drawing attention to her cleavage.

She teamed the ensemble, which gave the appearance of a classic suit from one side but a flirty fitted corset from the other, with a pair of matching pumps and added silver jewellery to her eye-catching look.

Scarlett wore her hair in a sleek style and further enhanced her glamorous look with a slick of dark red lipstick worn with a sweep of eyeliner and lashings of mascara. 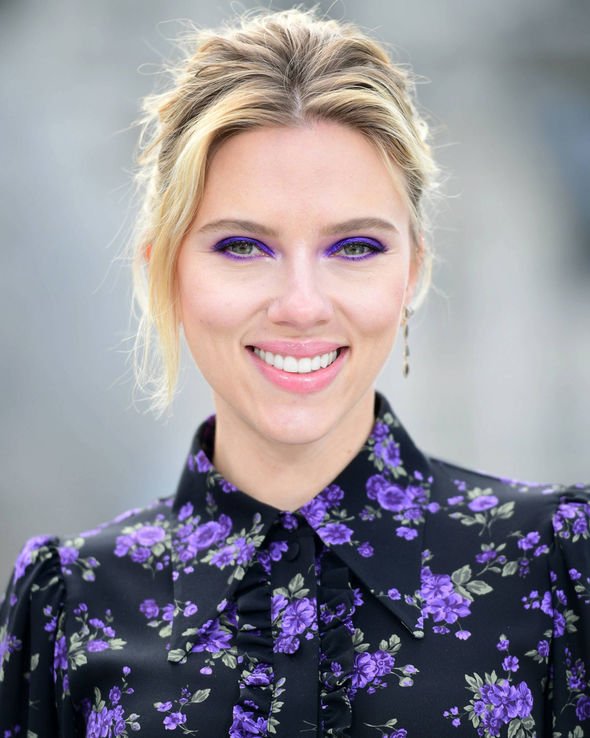 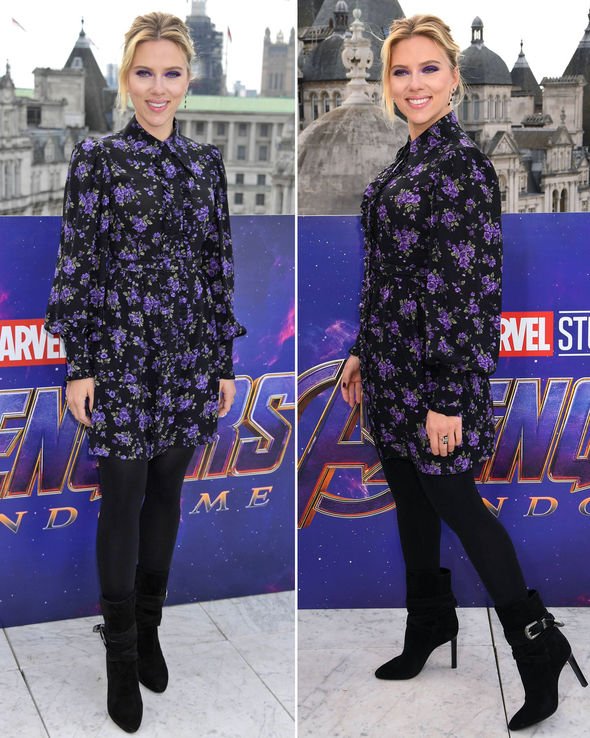 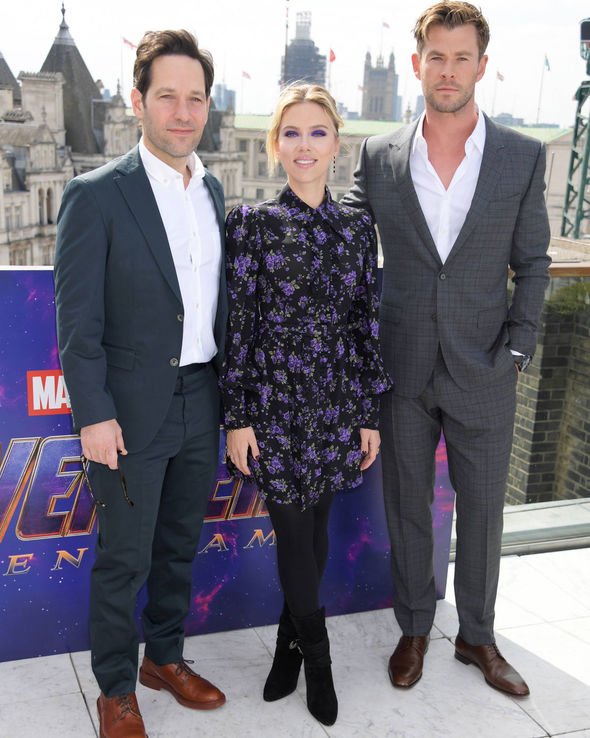 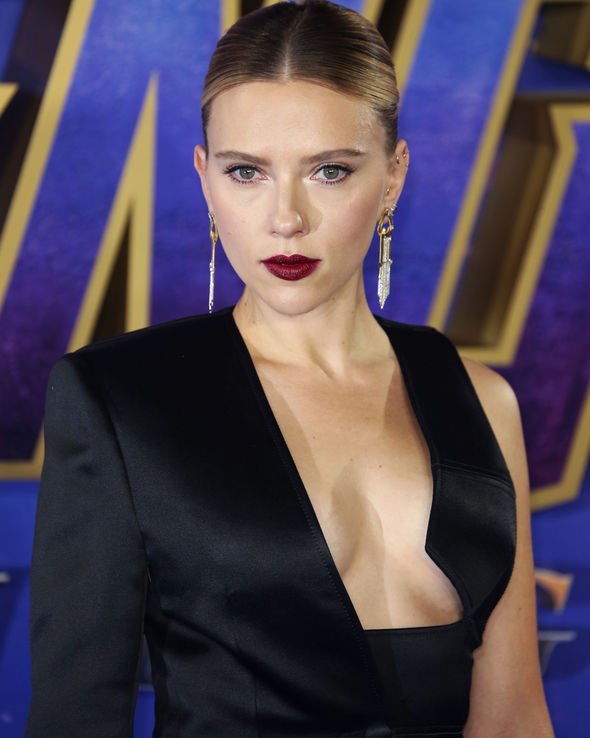 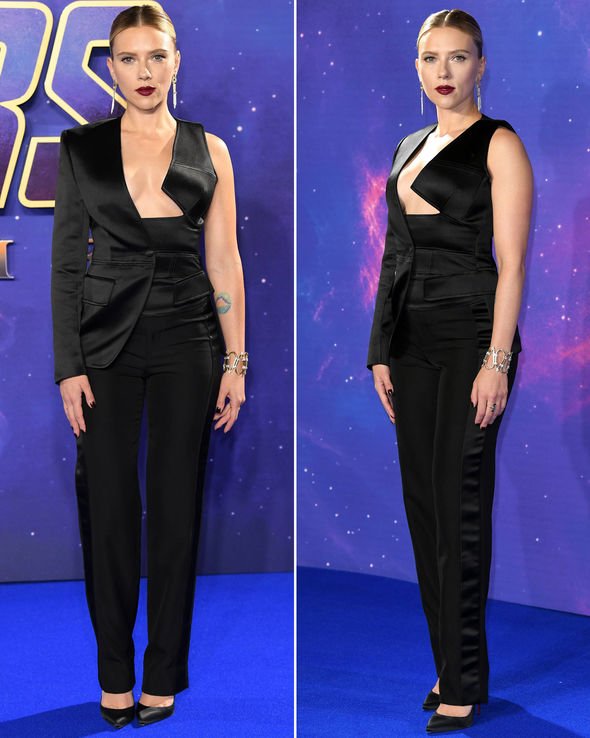 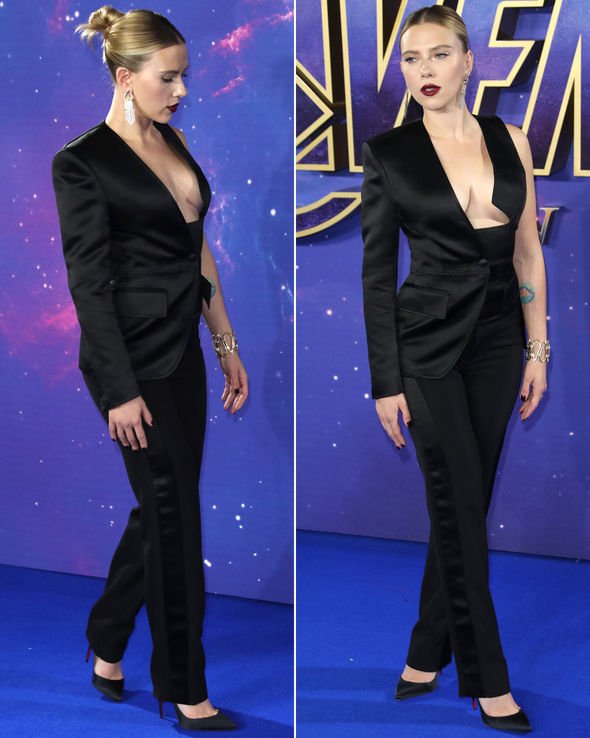