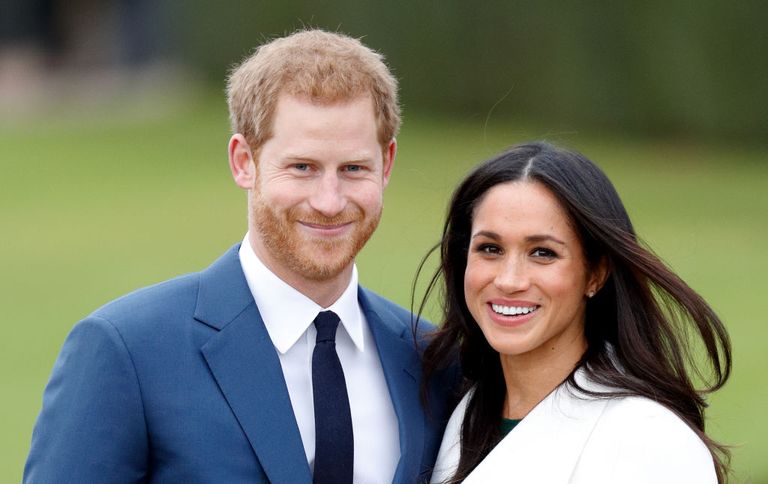 Prince Harry and Meghan Markle’s wedding is fast approaching, with the date set on May 19. And now that Markle has allegedly had her bridal shower, it’s time to focus on one of the most important aspects of the royal wedding—the guest list.

Prince Harry and Markle are scheduled to have two wedding receptions following the ceremony at St. George’s Chapel at Windsor Castle. While the first ceremony will take place during the day, Prince Charles is said to be hosting a private celebration in the evening, and Mel B has already stoked rumors that the Spice Girls will be performing at the royal wedding.

Unfortunately the Obamas were confirmed to not be on the guest list—along with other political leaders like Donald Trump and Theresa May—but here are just some of the other famous faces rumored to be invited to Prince Harry and Meghan Markle’s big day.

Williams and Markle apparently hit it off when they met in 2014 at a celebrity charity football event, according to the Daily Mail. The two have been close friends for several years, and it’s been widely speculated that the tennis legend will be getting an invite.

Originally, Williams was slated to play matches in Madrid and Rome at the Madrid and Italian Opens during the time of the royal wedding, but she recently withdrew from the tournaments, following the advice of her coach, Patrick Mouratoglu, Page Six reports.

Markle wrote about becoming friends with Williams for her now-defunct blog The Tig, and said, “She quickly became a confidante I would text when I was traveling, the friend I would rally around for her tennis matches, and the down-to-earth chick I was able to grab lunch with a couple of weeks ago in Toronto.”

Originally Williams wasn’t sure if her plans to compete would interfere with her attendance at Meghan and Harry’s wedding. “We’ll see if I can make it,” Williams said during a Good Morning America interview, according to ABC producer Carolyn Durand. According to Reuters, when Williams arrived to train with him in France in late April, she wasn’t quite ready; as a result, she withdrew from playing in Spain and Italy.

The champion took a 14-month absence for maternity leave after the birth of her daughter, Alexis Olympia, and Mouratoglu noted that she was not yet in the shape she needed to be to play her best. “Serena had to rebuild her body. When she arrived at the Mouratoglou Tennis Academy, around April 30, we realized that she was not ready yet,” Reuters reported. Said her coach, “The time she lost after the delivery, with all the medical issues she had to go through, was missing.”

While we’re sure Serena is disappointed that she’ll have to wait for the French Open to compete (the tournament begins right after the royal wedding, on the 21st of May), she’s likely also elated that she’ll get to be at Windsor Castle to celebrate with Meghan and Harry. Given the recent opening in her schedule, expect to see the athlete, newlywed and new mom in the pews.

2. The cast of Suits

An insider confirmed to Hello! that the “cast and key executives” of the hit legal drama are on the guest list. “The cast has been contacted in regards to invites from Kensington Palace,” the source said. Abigail Spencer is one of the co-stars rumored to attend.

Markle’s onscreen love interest on the show, Patrick J. Adams, posted the sweetest tribute to his former co-star on Instagram. He wrote, “Playing Meghan’s television partner for the better part of a decade uniquely qualifies me to say this: Your Royal Highness, you are a lucky man and I know your long life together will be joyful, productive and hilarious.”

After seven seasons of Suits, it seems likely that Markle is still in touch with her co-stars, and that many of them will be invited to the royal wedding.

The staff at Windsor Chapel was reportedly ordered to watch the show to become familiar with Harry and Meghan’s wedding guests. “I’ve told the Stewards to get Netflix and watch Suits, so they know who everyone is at the wedding,” Hugo Vickers, the Captain of the Lay Stewards at the chapel, told the Daily Mail.

Markle has allegedly been friends with British reality TV star Millie Mackintosh since 2016.

As Mackintosh has royal connections—her co-star on Made in Chelsea, Spencer Matthews, is now Pippa Middleton’s brother-in-law—it’s unsurprising that she’s now friends with Markle. It’s likely that Mackintosh will be in attendance.

While on chat show The Real, when asked whether she’d received an invitation to the royal wedding, Mel B said, “Well, it was [the] five Spice Girls. Why am I so honest?” When pressed for details, she revealed, “Yes… It was proper. I’m not saying anymore! I’ve said enough… I need to go. I’m gonna be fired!”

However, Mel C responded to the news, saying her fellow bandmate probably wasn’t serious. “I think [Mel B] was joking. I think the media ran with it a little bit,” she told E! News.

It’s been reported that Ed Sheeran has been asked to perform “a few songs” at the royal wedding. While the reports haven’t been confirmed, Sheeran has previously expressed his interest in performing—if he’s invited.

It’s been widely reported that Prince Harry will invite two of his ex-girlfriends.

He famously dated Davy between 2004 and 2011, and was with Bonas from 2014 to 2016. According to Town & Country, “both women are apparently on good terms with the Prince,” so invites aren’t out of the question.

It has already been reported that Elton John has cancelled two concerts because the dates clash with the royal wedding. While the singer’s official statement calls it a “scheduling conflict,” it seems highly likely that the singer canceled his May 18 and 19 world tour dates because he got a better offer.

Elton John was a good friend of Prince Harry’s mother, Princess Diana, and famously sang his song “Candle in the Wind” at her funeral in 1997.

According to The Sun, Dave Grohl has been dropping hints that the Foo Fighters want to perform at the royal wedding. He joked, “I’ve saved the date. The performance was good. It’s nice to feel like a wedding band when everyone’s at tables eating tiramisu.”

The band apparently played at the Invictus Games in 2014, so they *could* get invited.

While the majority of the royal family is thought to be invited, the Duchess of York has had a difficult relationship with the royals over the past decade.

She’s said to have a terrible relationship with her ex-father-in-law, Prince Philip (she was married to Prince Andrew for 10 years), but as she is Princess Beatrice and Princess Eugenie’s mom, it’s possible she will get an invite.

Chopra recently confirmed to Us Weekly that’s attending the nuptials. Now, she’s considering what dress she’ll wear day-of. “I sort of may have an idea, but no, I haven’t picked one out yet,” she told the site.

Of her first meeting with fashion designer Roland Mouret, Markle told Fashion Magazine “I was in a hotel elevator in Istanbul, and this man in a bathrobe said, ‘I love to dress you.’ I thought, ‘Whaaat?’ Then he told me who he was and we’ve been friends ever since.”

The pair has been photographed together in the past, and it’s likely he’ll get an invite to the wedding.

Harry and Meghan haven’t forgotten about us normals for their big day. They’re also inviting 1,200 members of the public “from every corner of the United Kingdom” (who will be nominated by nine regional Lord Lieutenant offices), 200 people from charities they’re associated with, 100 students from local schools with close ties to Windsor Castle (The Royal School in Great Park and St. George’s School), 610 Windsor residents and members of St. George’s Chapel, and 530 members of the Royal Households and Crown Estate.

Who is Daniella Timperley? She’s a high school student from Ireland lucky enough to score an invite to the royal wedding. CBS News reports that Timperley’s grammar school announced on Twitter that she received an invitation as an ode of gratitude from the couple for her extraordinary charity work. Timperley was invited to sit in St. George’s Chapel for the ceremony, and attend the luncheon hosted by the Queen at St. George’s Hall.

Prince Harry reportedly invited guests from Malawi, with whom he worked on a conservation project, along with Prince Seeiso of Lesotho, who co-founded Sentebale with Prince Harry, a charity focused on providing aid to children diagnosed with HIV.

In addition to the other celebrities and VIP’s in attendance, the famous Argentinian polo player made the cut for the royal wedding guest list, CBS News reports.

17. The survivors of the Grenfell fire

Last June, a public housing fire at Grenfell Tower in west London killed at least 80 people. In support of those who survived the horrific tragedy, Harry and Meghan have invited the survivors of the fire to be with them in St. George’s Chapel as they exchange their vows.