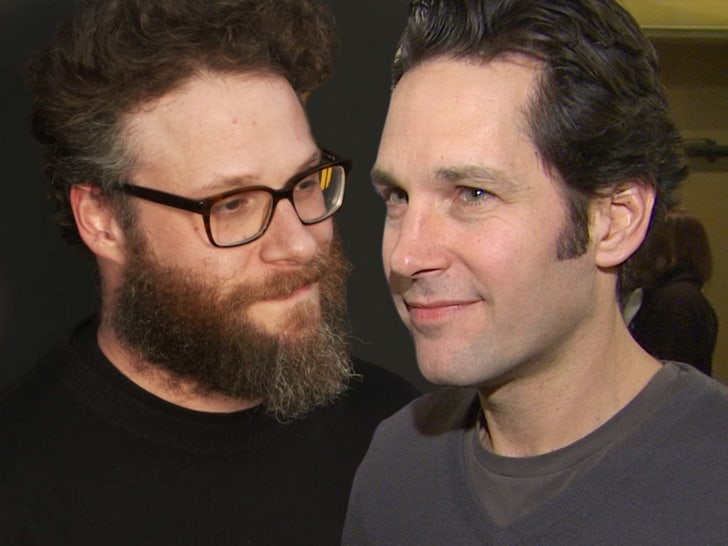 Paul Rudd once gave Seth Rogen a massage — which might sound goofy … but there’s a twist that makes it all the more hilarious, the details of which Seth shared to much fanfare.

The actor/director dished on the hilarious story out of nowhere Monday on Twitter, telling the tale of the time his good pal, Paul, cloaked himself as a masseuse at a parlor Seth was at … which he didn’t really realize until well into the back rub.

In Seth’s own words, he writes … “Once I was in the spa in a hotel in Vegas getting a massage. When I finished I turned over and to my shock Paul Rudd was massaging me.”

He goes on to give the nitty gritty of how the heck PR might’ve been able to sneak his way into such a scenario, adding … “He saw me go in and convinced the masseuse to let him take over, thinking I’d notice immediately. I didn’t, and Paul did the entire rest of it.”

If that sounds like something Paul Rudd would do in a movie, turns out … it’s actually a stunt he’d pull in real-life as well. As the internet has pointed out, it’s very on brand for him (and maybe for Seth too).

Of course, it’d be remiss of us not to mention that these two guys have some famous history with massage/beauty parlors … perhaps most notably from “The 40-Year-Old Virgin” — when they watched Steve Carell get his chest hair waxed off, a majority of which was real.

Oof, that one still makes us cringe. Sorry, Steve … 😅