Despite insisting she’s ‘happy’ for Travis Barker and Kourtney Kardashian, Shanna Moakler shared a quote on Instagram that seemed to diss the new couple.

Shanna Moakler posted a cryptic quote that seems to be about her ex, Travis Barker, on Instagram. “Stop complaining about your life,” the quote read. “There are people out there dating your ex.” The timing of the message is quite interesting, as Travis and his new girlfriend, Kourtney Kardashian, just went public with their relationship earlier this month. 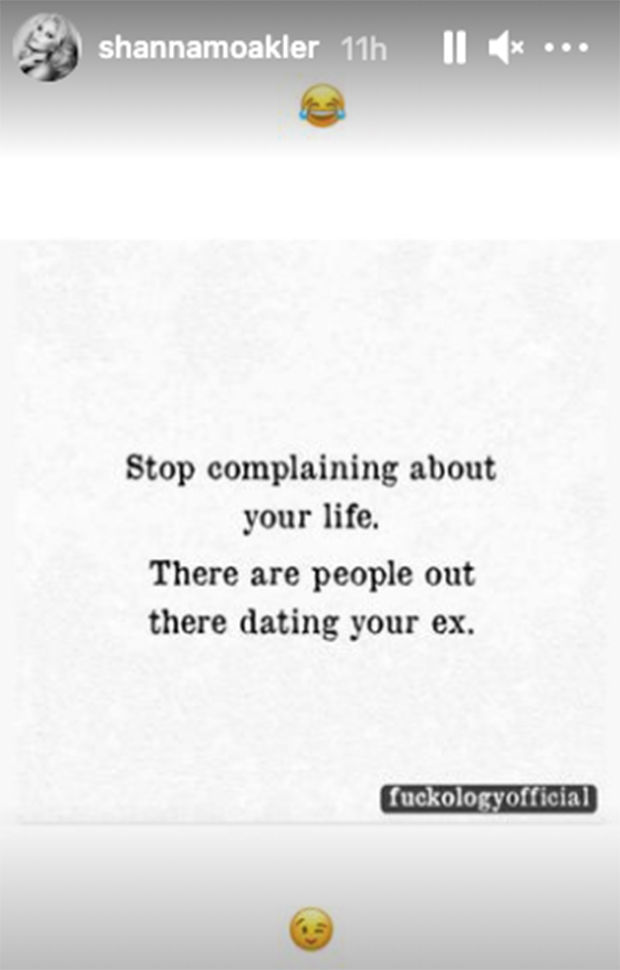 Although Shanna and Travis are on amicable terms these days, they’ve had a lot of ups and downs in their relationship. The exes, who share two kids together, were married in 2004, but broke up in 2006. After the split, they didn’t shy away from publicly shading one another. Over the next several years, they split and got back together many times, and the breakups were always quite tumultuous. The relationship ended for good in 2009.

Unfortunately, the drama wasn’t over. Travis and Shanna had to remain in each other’s lives because of the kids, and in 2014, an argument between them led to police being called. Both stars were arrested after the verbal disagreement, but the feud ended with no charges being filed. Now, their relationship has been making headlines once again due to Travis’s new, high-profile romance with his longtime friend, Kourtney. 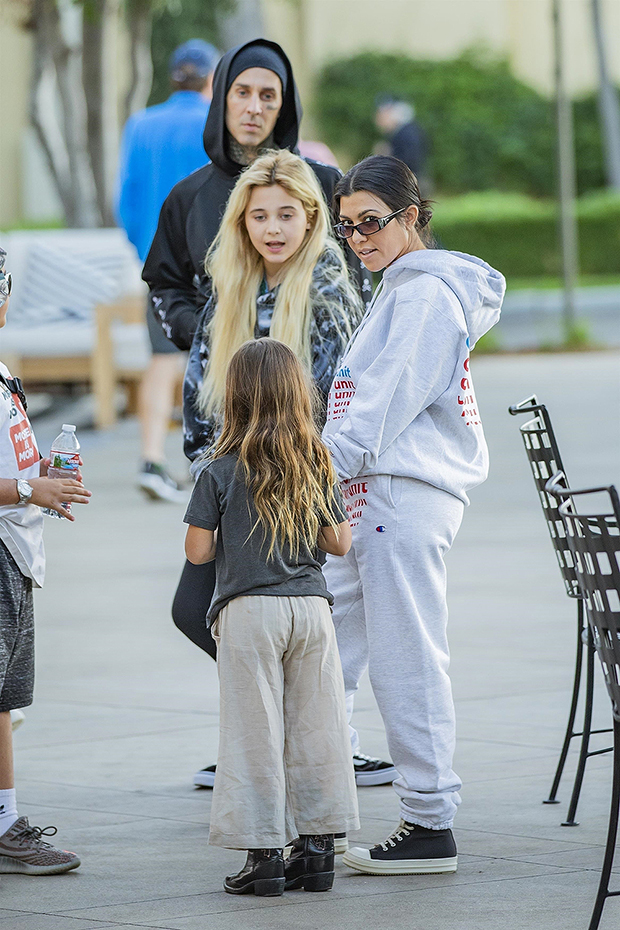 After Kourtney and Travis went Instagram official with the relationship in mid-February, Shanna posted a sexy photo of herself on Instagram that got fans’ attention. She even seemed to throw some shade at Kourtney by ‘liking’ a comment on the picture that dissed the reality star. “Shiiii that broad don’t got nothing on you!!” the comment read. “Travis downgraded big time!!!”

The ‘like’ received major media attention, and Shanna eventually showed support to Travis and Kourtney by speaking out about their relationship directly. “He’s my friend and my co-parent and I want him to be happy,” Shanna reportedly told paparazzi. “If being with her makes him happy, and she’s happy, I’m happy for both of them, honestly.” Shanna is currently dating Matthew Rondeau.