Soon after being named a new cast member of NBC’s “Saturday Night Live” on Thursday, comedian Shane Gillis was facing accusations of racism, sexism and homophobia.

Whether the charges will cost him a spot on the network’s long-running late-night show remained to be seen.

Not long after NBC announced that Gillis – along with comedians Bowen Yang and Cloe Fineman – had been added to the cast, Variety reported that a since-deleted YouTube video, as well as Gillis podcasts, include frequent comments against Asians, Muslims, women, gays and other groups.

The backlash on social media was swift and severe – especially from the Asian community, which responded to Gillis’ video comments such as “Chinatown’s f—ing nuts,” and “Let the f—ing ch—s live there.” 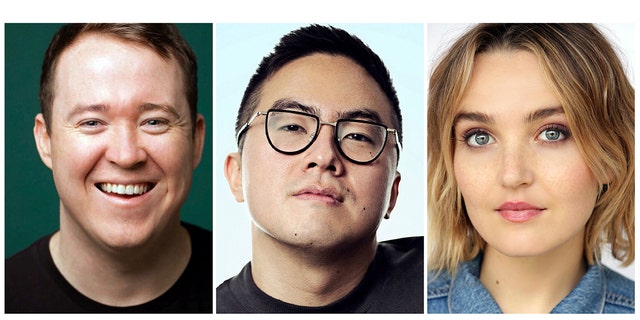 Many noted that the Gillis hiring seemed to detract from the fact that Yang will be the show’s first Asian-American regular.

“If you’re a comic & you think calling Chinese ppl ch—s is funny, you’re a hack AND a racist,” actress Cindy Chu wrote. “Oh, & you’re going to make fun of Chinese accents by replacing Ls w/ Rs? For every untalented Shane Gilis there are hundreds of talented Bowen Yangs who have had to fight tooth & nail.”

Others noted that “SNL” attitudes toward Asians haven’t always been generous.

“You realize this is a show that had Belushi play a samurai, right?” another Twitter user commented.

The Associated Press notes that former “SNL” cast members Fred Armisen and Rob Schneider are both one-quarter Asian, while entertainers Awkwafina, Aziz Ansari and Jackie Chan are among the few to have guest-hosted the show, which started in 1975.

Late Thursday, the comedian posted an apology on Twitter, “to anyone who’s actually offended by anything I’ve said.”

“I’m a comedian who pushes boundaries,” he wrote. “I sometimes miss. If you go through my 10 years of comedy, most of it bad, you’re going to find a lot of bad misses.”

“My intention is never to hurt anyone,” he added, “but I am trying to be the best comedian I can be and sometimes that requires risks.”

NBC didn't immediately respond to a request for comment, according to the AP.

Previously, “SNL” announced that cast member Leslie Jones would not be returning to the series.

The newest season of “SNL” is scheduled to begin Sept. 28.

The Associated Press contributed to this story.