So 2020! ScarJo's Pandemic Wedding to Colin Jost Was 'Weird' But 'Beautiful'

Going with the flow! Scarlett Johansson and Colin Jost‘s wedding day might not have been the traditional affair, but the duo made the best of a difficult time.

“It was a little stressful. … Obviously, we wanted to take all the precautions that we could [amid the coronavirus pandemic], so we had the [special] masks made,” the Black Widow star, 36, said during an appearance on Late Night With Seth Meyers on Monday, July 12. “Everybody had to get tested [for COVID], like, 100,000 times.” 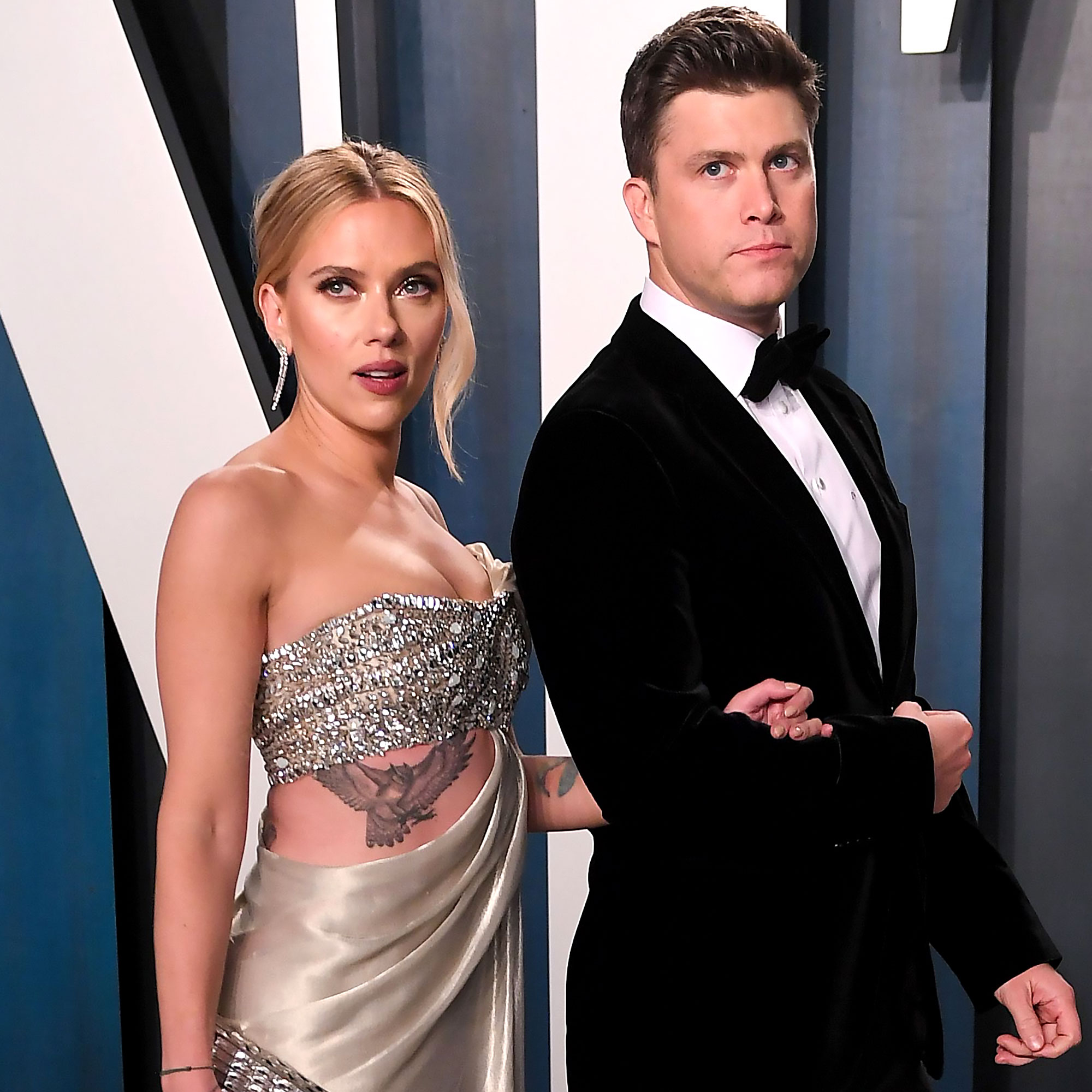 The couple were first linked in May 2017, and two years later, Johansson’s publicist confirmed the pair’s engagement to The Associated Press. They tied the knot in October 2020 at the height of the COVID-19 crisis.

“We’re thrilled to break the news that Scarlett Johansson and Colin Jost were married over the weekend in an intimate ceremony with their immediate family and love ones, following COVID-19 safety precautions as directed by the CDC,” the Meals on Wheels charity announced via Instagram at the time alongside a photo of the Staten Island Ferry and the pun “Jost Married.”

The statement continued, “Their wedding wish is to help make a difference for vulnerable older adults during this difficult time by supporting @mealsonwheelsamerica.” Fans were prompted to make donations through the organization’s website.

In order to add a little humor to their unconventional celebration, the twosome had custom face masks made for their guests that read “Jost 2020,” which made for some memorable photo shoots.

“I mean, it’s just weird,” the Marriage Story star said on Monday. “Looking back at the photos … it definitely was a weird party favor that could only happen now, but you just gotta go with it.”

Host Seth Meyers, who attended the ceremony, was “very happy to say” that he still had the wedding mask at home.

Johansson and Jost, 39, wanted to be as careful as possible because so many of the Staten Island Summer writer’s family members — some of whom are in their 90s — were attending the nuptials.

“The Josts lives forever,” the Tony winner teased. “They’re lively and vibrant. … Even though it was small and intimate, it was beautiful and we were so happy to see people that we hadn’t seen in such a long time. We just felt very fortunate to be able to get together like that. It felt like it was sort of how it was supposed to be … minus face masks.”

Shortly after the pair celebrated their major relationship milestone, the A Very Punchable Face author admitted that he wasn’t very involved in planning the event.

“I don’t pretend to know much about things or have taste in things,” he told Entertainment Tonight in February. “I’m very happy to rely on someone who has a lot better taste and knowledge of things. That’s sort of what I’ve learned in general in my life. I’ve never been like, ‘Oh, should I wear this shirt?’ … I never know, so I always would rather someone else tell me.”