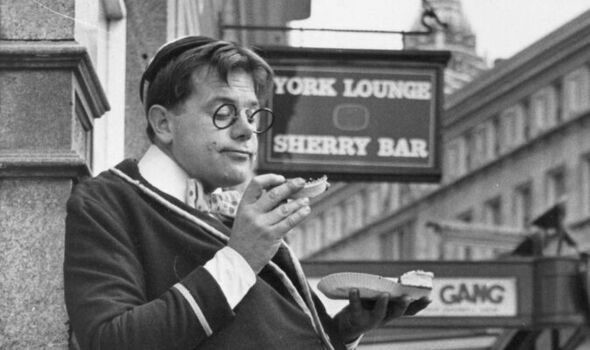 The stage actor also appeared in 1960s TV police series Z-Cars, worked as a theatre director and became a voice coach, with acting legend Sir Mark Rylance among his pupils. He had three sons, Richard, Andrew and Nicholas, with wife Barbara.

But after she died in 2008, he changed his will and left his entire estate – including his flat in Ealing, west London – to his friend and live-in carer Frances Zammit.

Cellist Richard, 63, sued Ms Zammit, claiming he and his brothers were entitled to a payout.

And Judge Simon Monty has now ruled in their favour and ordered the flat be sold to cover the £312,000, which will be shared between them.

It means Ms Zammit who has lived there since 2010 will have to leave.

In his ruling at Central London County Court, Judge Monty said the sons received nothing when Barbara died.

But after copies of her will emerged, they realised they had been entitled to a payout as she legally owned half the flat and had left them a payout equal to the inheritance tax threshold of the time.

Son Andrew, an actor and director, said: “It felt like… Mum had stepped in to rectify things.”

Ms Zammit argued the brothers had received what they were due as Peter gave them each £120,000 after Barbara died.

But Judge Monty ruled that was a gift. He said: “There was no connection between the payments of £120,000 and Barbara’s legacy, Profits from the sale of the flat, worth around £750,000, will be split between Ms Zammit and the sons.”