I can’t believe I’m actually writing this, but the Jonas Brothers are back with their new album Happiness Begins. It seems that just about everyone has been anticipating the album’s release because Kevin, Nick, and Joe Jonas haven’t released new music together since a decade ago. Yeah, it’s actually been that long. Because of that, the JoBros fandom is made up of fans old and new — some that have been with the guys since their Disney days, and others (like me) who joined quite recently. Now that Happiness Begins is out, fans have been listening to the album all day and sharing their reactions on social media. The Jonas Brothers’ biggest fangirls — their wives — have a lot to say about the new album. Sophie Turner, Priyanka Chopra, and Danielle Jonas’ reactions To Happiness Begins are everything.

OK, let’s start with Sophie Turner. Just two hours after the album dropped at midnight on June 7, Turner posted a screenshot of herself listening to Happiness Begins, or more specifically, "Hesitate," the twelfth track on the album. She let her 13 million Instagram followers know that her husband, Joe Jonas, and his brothers had a new album out (yes, get that promo!). She wrote, "HAPPINESS BEGINS IS OUT NOWWW," followed by five fire emojis, which I’m sure is an indication about just how amazing the album sounds.

Turner also shared that she’s had "Hesitate" on repeat and tagged Joe Jonas, letting him know that she loves him. Fans took this to mean that Joe Jonas wrote the song about her. Either way, she seemed to be loving the album, and honestly, who isn’t? 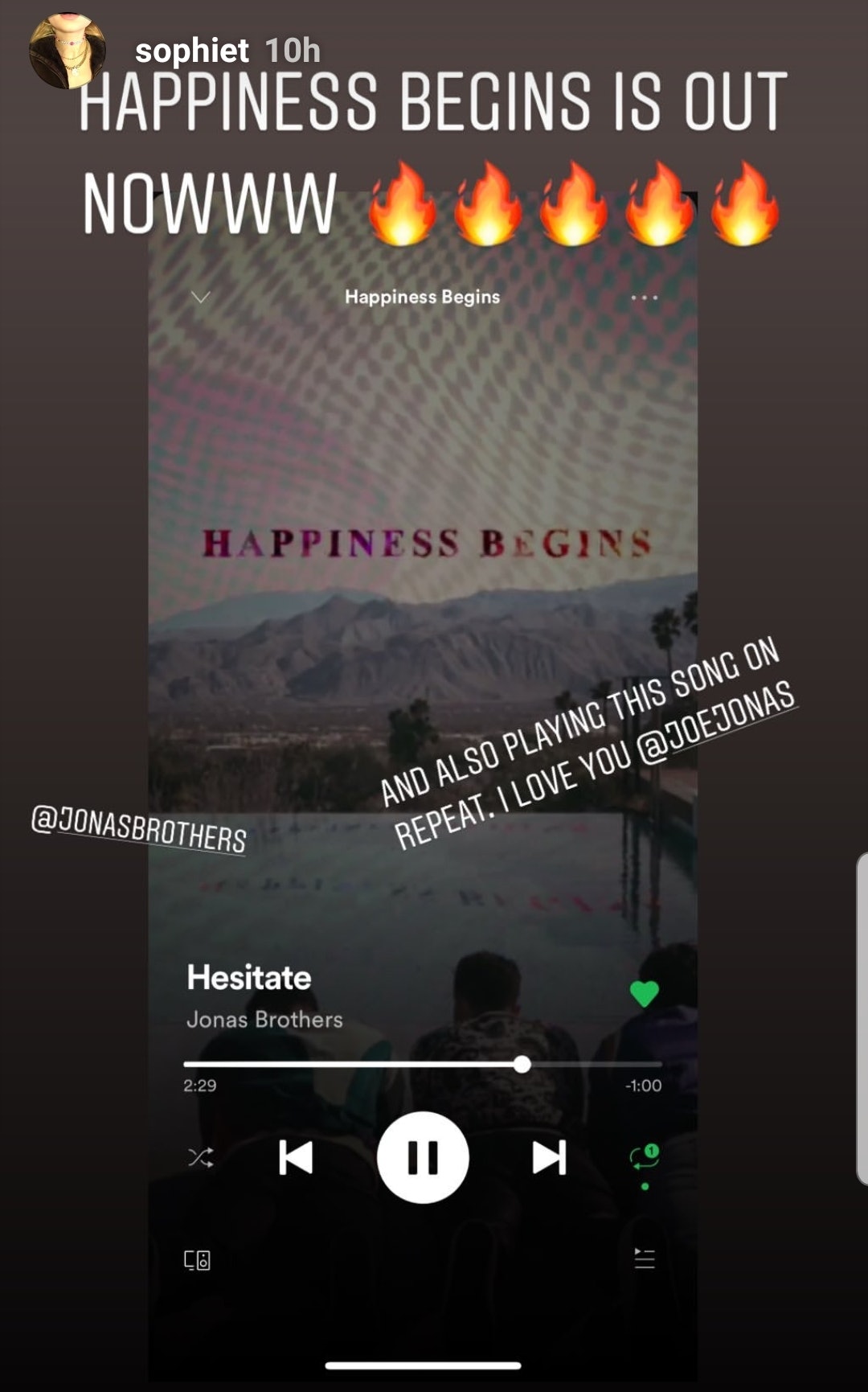