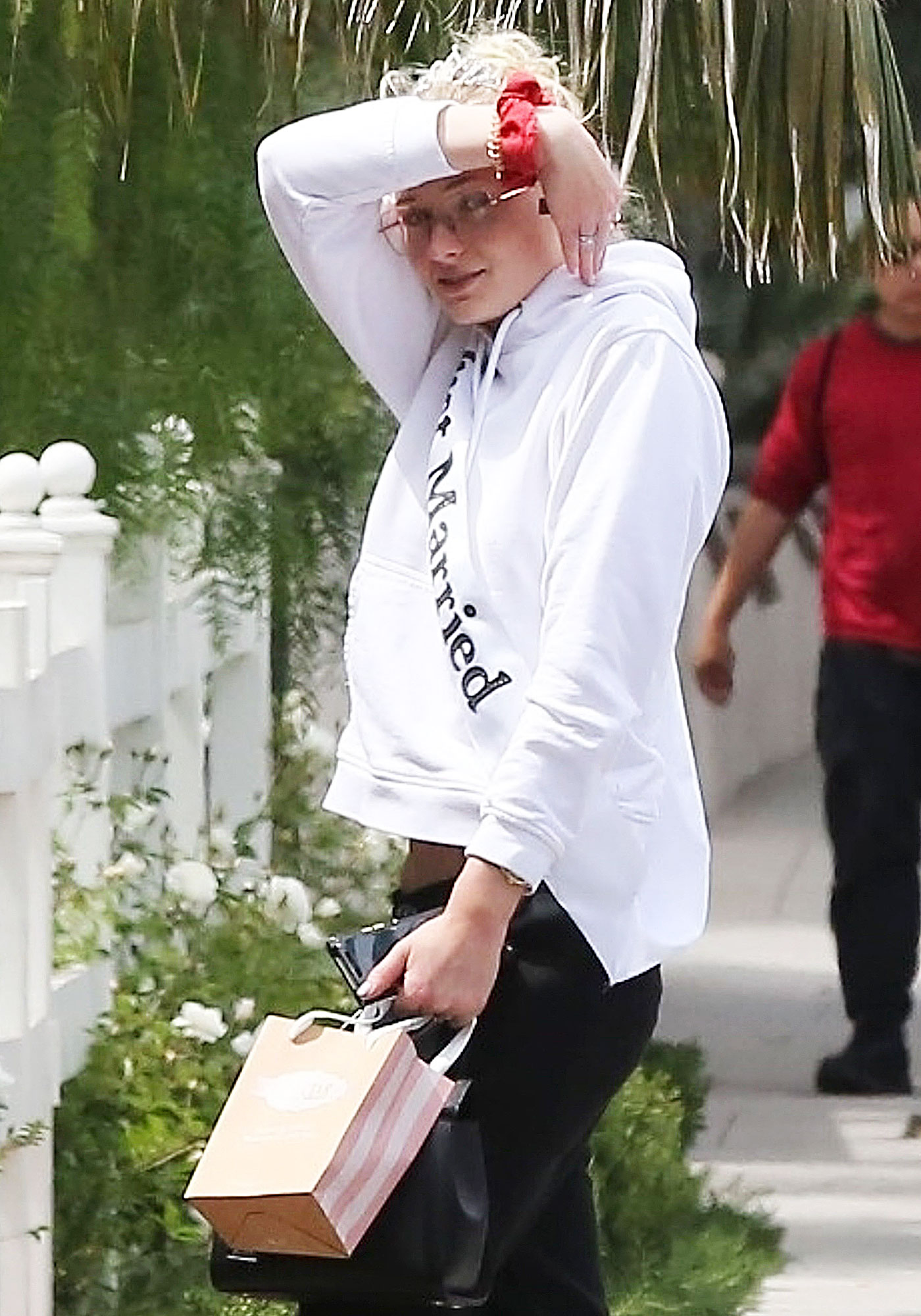 That newlywed glow! Sophie Turner and Joe Jonas have touched down in Los Angeles following their surprise Las Vegas nuptials.

The Game of Thrones star, 23, rocked a “Just Married” sash over her white sweatshirt on Thursday, May 2, in L.A., the day after she married the 29-year-old Jonas Brothers band member in Sin City after the Billboard Music Awards.

A source confirmed to Us Weekly that the couple are staying at the San Vincente Bungalows with Nick Jonas and Priyanka Chopra Jonas during their California trip.

Turner and Joe shocked fans when they tied the knot in front of an Elvis impersonator on Wednesday, May 1, with Nick, Priyanka, Kevin and Danielle Jonas by their side. Diplo documented the post-BBMAs wedding on his Instagram Live, including the English actress walking down the aisle in a white Bevza jumpsuit with Joe’s longtime manager, Phil McIntyre. Country band Dan + Shay also scored an invite to the nuptials, serenading the couple with their hit “Speechless.”

The twosome, who got engaged in October 2017, applied for a marriage license in Clark County, Nevada, prior to the ceremony. While Turner and Joe exchanged Ring Pops in lieu of traditional bands on Wednesday, Us broke the news they will wed again in France in June in front of family and friends.

Following in the footsteps of her new sisters-in-law, Turner is set to change her name now that she’s a married woman. According to a marriage certificate obtained by Entertainment Tonight, the Dark Phoenix star “wishes to use the name Sophie Belinda Jonas after marriage.”

While the newlyweds have yet to publicly comment on their nuptials, the “Sucker” singer shared sweet photos of Turner at the BBMAs on Thursday, writing, “Hot Damnnnnnnn ?.”