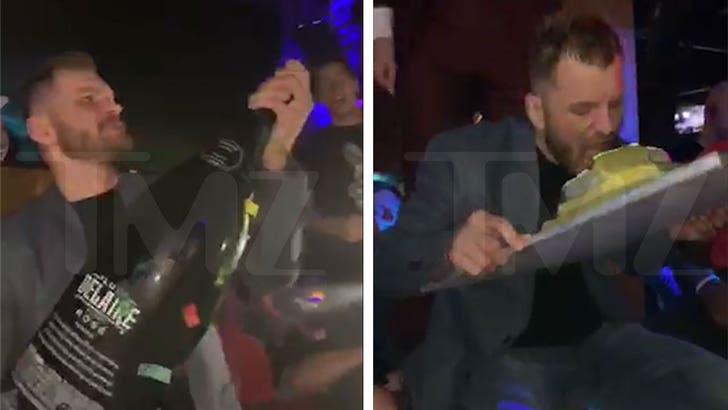 Stipe Miocic stepped out of the Octagon as the big winner, and then stepped right into this club a week later an even bigger birthday boy.

The MMA fighter celebrated winning the heavyweight card at UFC 241 against Daniel Cormier last weekend by raging at Cleveland’s Barley House Saturday night, where he was met with a massive bottle of Luc Belaire bubbly … which he promptly started drinking.

Nothing says 4th-round TKO victory like champagne to the face.

The party served two purposes as it turns out — Stipe was also celebrating his 37th birthday, which had just come around this past Monday. That’s why you’re seeing cake here too.

The pastry came courtesy of Colossal Cupcakes, and it ended weighing in at 20 lbs. of pure edible gold in the shape of a UFC trophy. Looks like Stipe was lickin’ it.

The Cleveland native was joined by some good friends, including Browns player Myles Garrett, whose team has looked pretty solid this preseason, but lost on Thursday night. 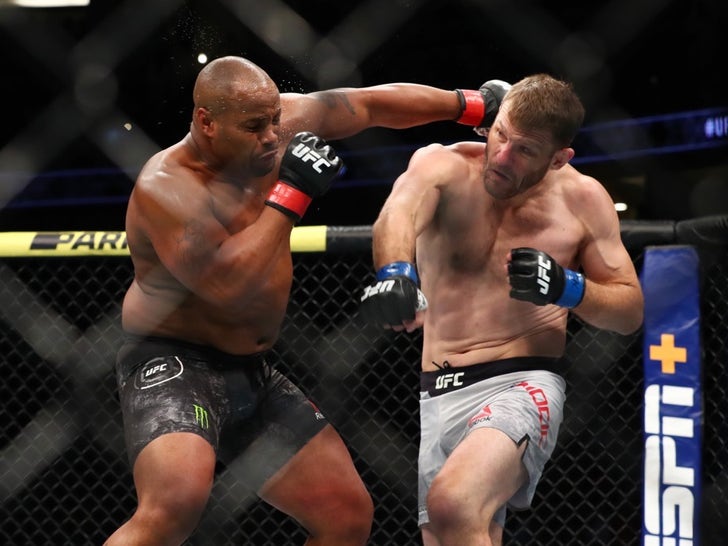 Win or lose … nobody parties quite like The Land.