Fans raised alarm bells over having people from the same family in the new series this autumn. They feared judge Motsi, who is replacing Darcey Bussell on the panel, could favour her younger sister and professional dancer Oti whenever she performs with her celebrity partner. However, the pair already have a plan to avoid any controversy.

Motsi and Oti will not speak to each other outside of the BBC studios. This is what happened in 2015 and 2016 when Motsi was a judge and Oti was a pro dancer on the German version of Strictly – Let’s Dance. Oti recalled: “That was awful. We weren’t allowed to talk for three months because that wouldn’t be fair – she didn’t talk to the other dancers, so she couldn’t talk to me.

In the event, Oti only lasted two weeks with TV presenter Niels Ruf and nine weeks with singer Daniel Kublbock.

The sisters grew up in poverty in South Africa where they, along with their sister Phemelo, loved to dance. 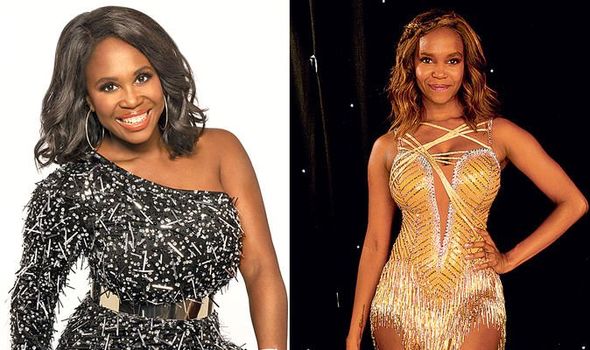 Motsi said: “We were the wow girls – the showgirls.”

Motsi, who speaks eight languages, quit as a law student and moved to Frankfurt, where she trained as a dancer and married dancer Timo Kulczak.

The pair became Latin dance champions but the marriage ended in 2014.

She is now a mother and married to Ukrainian dancer Evgenij Voznyuk.