TALK OF THE TOWN: The Queen’s love for the gangs of New York revealed to singer Alfie Boe

Have you always imagined that the Queen’s likes nothing more than to listen to some stirring classical music? If so, you’d be wrong – it turns out that Her Majesty prefers the soundtrack to West Side Story.

Singer Alfie Boe tells me that the 1950s musical is her ‘favourite’ – and that she is also a big jazz fan. And he also provided another surprising insight into Her Majesty’s musical taste – she seems to be getting tired of listening to old wartime songs at Royal engagements!

Speaking at the launch of his album, As Time Goes By, Alfie, 44, said: ‘I went for tea with the Queen at Windsor Castle and she said to me, “Nice to see you, Alfie. What are you singing for us?” 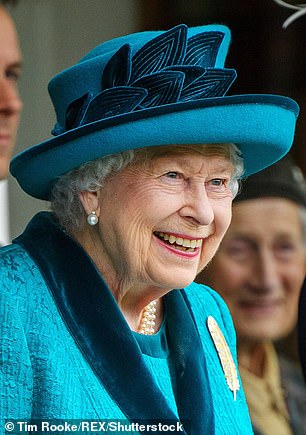 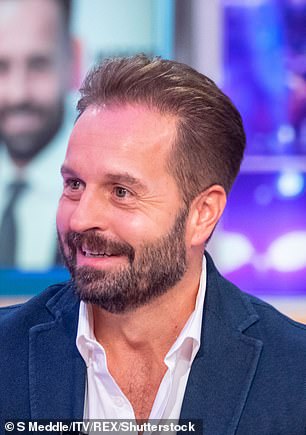 Alfie Boe, pictured right, has revealed The Queen, left, is a fan of West Side Story

‘I said, “A Nightingale Sang In Berkeley Square, Ma’am,” and she said, “Hmm… how predictable!”’ Boe continued, referring to the famous Vera Lynn 1940 song.

‘The Queen told me that she has a collection of musical theatre and jazz CDs – she has great taste.

‘Her favourite CD is the soundtrack of West Side Story. She really likes musical theatre. She told me it gives her great pleasure.’ West Side Story is hardly the type of old-fashioned style of music you’d expect the Monarch to listen to. Written by Leonard Bernstein and Stephen Sondheim and loosely based on William Shakespeare’s tragedy Romeo And Juliet, it tells the story about the clash between rival New York street gangs, the Jets and the Sharks.

First performed on Broadway in 1957, it features big showtunes including Maria, America, Something’s Coming, Tonight and I Feel Pretty – certainly not what you would expect the Monarch to enjoy.

Boe, who has played for the Queen at several of her landmark events – including an appearance on the famous Buckingham Palace balcony at her Diamond Jubilee celebrations in 2012 – didn’t keep Prince William’s music tastes a secret either.

He told me: ‘I talked about music with Prince William too. He likes house music – he certainly knows more about house music than I do. He’s trendier than you’d imagine he is.’

Well, Buckingham Palace sounds a lot more fun than one would have thought…

It looked like Christmas had come early when Cheryl Tweedy rocked up at one of the biggest showbiz weddings of the year dressed in an outfit that appeared to have come from the bauble and tinsel box.

The singer, 35, was a guest at the wedding of Nigel Hall, the Global Head of TV for Simon Cowell’s Syco Entertainment company, at Claridge’s last night.

She was joined by Cowell, who was best man, as well as David Walliams.

But I hear Cheryl’s ex-boyfriend Liam Payne was left off the guest list following their recent split.

Perhaps that’s why she didn’t bother bringing any mistletoe… 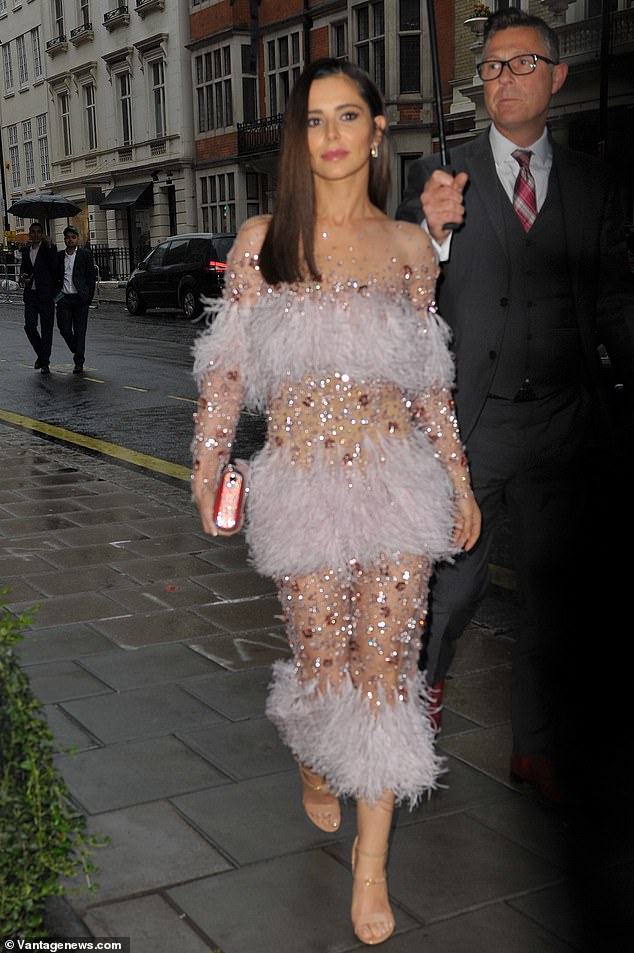 Cheryl Tweedy, pictured, was wearing something that looked it had come from a bauble and tinsel box when she arrived at Claridge’s for a wedding party