Taylor Swift's History at the VMAs: Her Most Memorable Moments Following the Kanye West Incident

It’s 2020, and, once again, artist Taylor Swift is nominated at the MTV Video Music Awards. The award show, which is taking place in various locations across her favorite city, New York, has been the site of many of her past notable career moments. Here’s a look at them.

2009: Her first win and the Kanye West incident

One of the most memorable events in VMA history occurred in 2009. Setting the scene, this was only Swift’s second time at the award show, having attended the year before as a nominee for Best New Artist. She was up for Best Female Video for “You Belong With Me,” which she won.

But when Swift took to the stage, her moment was interrupted. Kanye West uttered his now-infamous words: “Taylor, I’m really happy for you, and Imma let you finish, but Beyoncé had one of the best videos of all time!” Later, when Beyoncé accepted the award for Video of the Year, she called Swift up to the stage to give her speech.

As Swift herself has said, she writes her experiences into her music. At the 2010 MTV VMAs, Swift was again nominated for Best Female Video, for “Fifteen,” a song about being a teenager and experiencing heartbreak for the first time. But she didn’t perform the song she was nominated for.

Instead, Swift played a brand new, unreleased song, titled “Innocent.” The gesture was widely believed to be her publicly forgiving West, with many pointing to lines in the chorus as proof: “It’s okay, life is a tough crowd/32, and still growing up now/Who you are is not what you did/You’re still an innocent.” 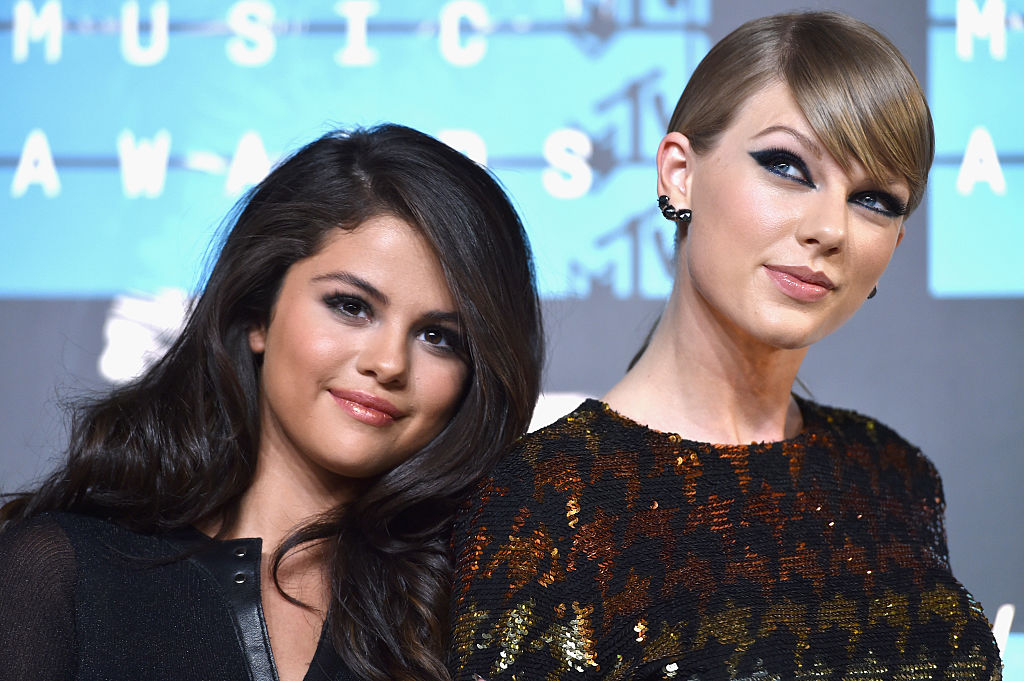 Following her second win in 2013 and her performance in 2014, Swift’s next big year at the VMAs was 2015. With 10 nods, she was the most nominated artist of the event. Of those, she won four — again a new record for her — including the top prize of the night, Video of the Year, for “Bad Blood.”

In addition to being a performer and a nominee, Swift pulled triple duty as a presenter. To truly mark what they believed to be the end of their feud, she made a speech and gave Kanye West the Michael Jackson Video Vanguard Award. West also acknowledged his part in their history — and announced his run for president in 2020.

But in true Taylor Swift fashion, she made a splash anyway. Her Reputation lead single, “Look What You Made Me Do,” dropped days earlier, and the music video premiered at the award show. In both the song and the video, she references her feud with West, which was now officially back on following the previous year’s events.

2019: Swift makes history with ‘You Need to Calm Down’ win

Again, despite being nominated, Swift didn’t attend the 2018 VMAs. She returned for the first time in four years with the 2019 award show, where she broke her own record with 12 nominations. In addition to performing, Swift earned three awards, including her second Video of the Year for “You Need to Calm Down.”

This win was unique, as Swift became the first female artist to win Video of the Year for a video she co-directed. Although she didn’t mention West, she did something interesting: The first person she hugged was Beyoncé impersonator Riley Knoxx, mirroring the way she embraced the real Beyoncé on stage 10 years earlier.