The Kardashian-Jenner family is known for their extravagant tastes and life of luxury, and that includes some seriously impressive cars. However, getting to see any member of the family actually behind the wheel of a car in motion is relatively rare. When it does happen, it tends to cause quite a stir.

Here’s a fun flashback for Kardashian fans that may have slipped their minds: Kourtney Kardashian once bought a gigantic truck and then couldn’t park it on the crowded streets of L.A. without help from her sister Kim.

Here are all the details you may have forgotten.

The truck has a unique look 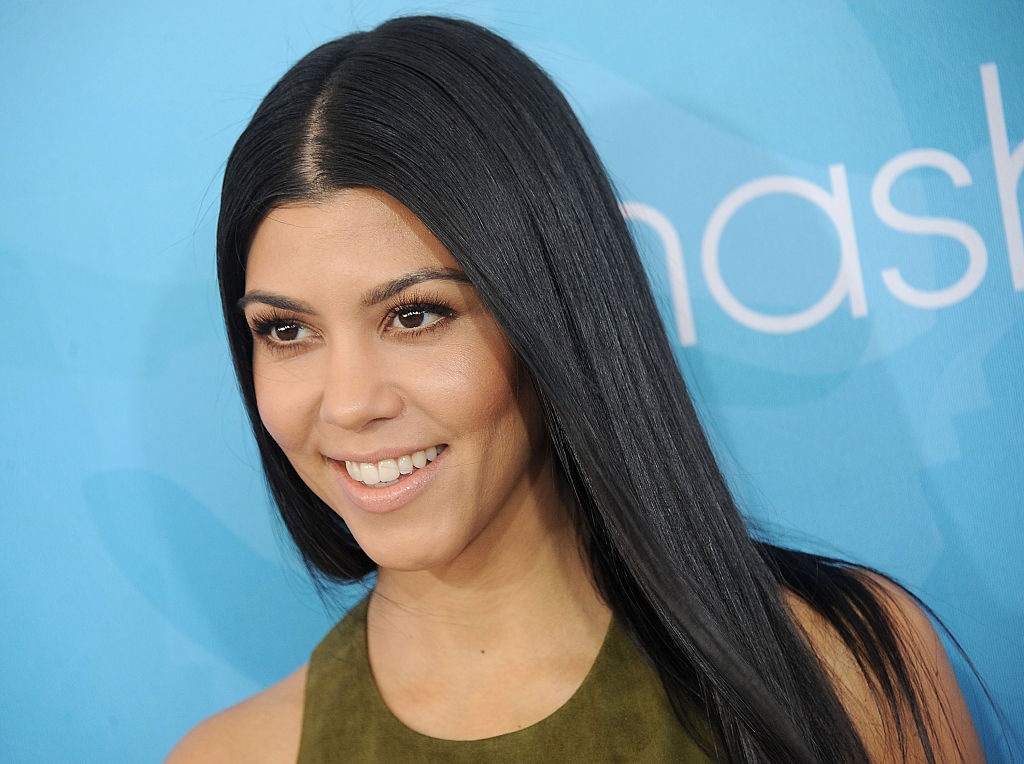 Kourtney’s gigantic truck is a white Chevrolet Silverado with plenty of custom upgrades to make sure that it stood out from the crowd.

Making the truck even more massive in appearance is the fact that Kourtney is the shortest of the Kardashian sisters, coming it at around a petite five feet tall. In fact, she needs the assistance of a built-in step to even get into and out of the cab of her behemoth of a ride!

Kourtney couldn’t squeeze the monster into a parking spot

While camera crews were rolling, Kim was on the sidewalk trying to help guide Kourtney into a parking spot in Los Angeles. An exasperated Kim can be heard instructing Kourtney on the steps she needed to take to successfully parallel park, but whether it was the pressure of the onlookers or a miscommunication between the sisters, Kourtney couldn’t figure it out.

She kept edging the truck up into the spot from behind instead of pulling forward and backing into the space.

Finally, Kim had enough. As traffic piles up behind the truck, Kim can be heard saying, “Get out. Seriously.” After Kourtney tries (and fails) one last time, Kim is exasperated. “Oh my God. You’re such an idiot. Seriously? I can do this better than you,” she mutters as she marches in front of the truck and to the driver’s side door.

A giggling and obviously embarrassed Kourtney emerges from the truck and retreats to the sidewalk as Kim takes her place behind the wheel.

After she takes over the steering, Kim waves out the window at a fellow motorist as she quickly pulls forward and then backs smoothly into the spot her sister had been struggling to take.

“Good job,” Kourtney can be heard saying as Kim ignores the cameras around her and puts the beast in its place.

More recently, Kim’s husband Kanye West has used his own time behind the wheel to make an impression on fans. Earlier this year, West was behind the wheel of the car with Kim at his side while her mother, Kris Jenner, rode in the back.

An Instagram live video, shot from the perspective of a fourth person in the back seat, shows the family pulling up alongside an open-air tour bus filled with tourists in search of celebrities.

West slows down the car and rolls down the window as everyone waves enthusiastically at the stunned and thrilled tourists.

In the video, Kim can be heard imploring West to “keep going,” encouraging him to drive forward as the fans snapped photos and videos of their impromptu celebrity sighting. West playfully yelled “Tour’s over” before pulling forward smiling at the group.

While fans may not get to see the Kardashian-Jenner family members behind the wheel very often, whenever they are out and about, they’re likely to cause a stir.

Seeing a celebrity out among the masses is not an uncommon occurrence in a place like L.A., but the family still manages to turn heads wherever they go.