In honor of International Women’s Day on March 8, 2021, Wonderwall.com rounded up 10 of the year’s most inspiring female celebrities, starting with this history-making filmmaker and actress… We’re definitely rooting for four-time Emmy winner Regina King, who won her first Academy Award in 2019 for her performance in “If Beale Street Could Talk.” This year, she’s racked up Oscar buzz for her work behind the camera on her feature film directorial debut, “One Night in Miami” — an adaptation of Kemp Powers’ stage play — for which she won the Independent Spirit Awards’ Robert Altman Award and earned a Golden Globe nomination. If she does earn a 2021 Oscar nomination for the lauded drama, she’ll become the first Black woman to be recognized in the category and just the seventh Black filmmaker to score a nod for best director. We’d love to see her take home top honors, but we’re super-inspired by the fact that she’s even part of the conversation! Now keep reading for more of Hollywood’s most inspirational women…

RELATED: Black stars who made history

In 2020, Dolly Parton donated $1 million to Vanderbilt University Medical Center to help develop Moderna’s COVID-19 vaccine. That probably would’ve put her at the top of the list to get the shot, but in early 2021, the 75-year-old singer-actress declined to get the vaccine she helped fund. Why? “I’m not going to get mine until some more people get theirs. I don’t want it to look like I’m jumping the line just because I donated money,” she explained. “I was going to do it on my birthday [Jan. 19], and I thought, ‘Nah, don’t do that. You’ll look like you’re just doing a show.’ None of my work is really like that.” On that subject, in mid-February, Dolly — who finally got the jab in early March — formally requested that Tennessee legislators nix a bill to erect a statue in her honor at the state capitol, tweeting, “Given all that’s going on in the world, I don’t think putting me on a pedestal is appropriate at this time. I hope, though, that somewhere down the road several years from now or perhaps after I’m gone if you still feel I deserve it, then I’m certain I will stand proud in our great State Capitol as a grateful Tennessean. In the meantime, I’ll continue to try to do good work to make this great state proud.” May we all be as altruistic (and modest!) as Dolly.

In mid-February 2021, as Texas was rocked by a deadly winter storm, Beyonce stepped up to help out her home state. Her foundation, BeyGOOD, teamed up with Adidas and Bread of Life, a Houston-based disaster relief organization, to offer financial assistance of up to $1,000 to individuals and families impacted by the deep freeze. In January, Queen B’s BeyGood Impact Fund gave a $10,000 grant to a bakery owner in Chesapeake, Virginia, as part of their efforts to help Black small business owners across the country. In December, Beyonce announced that in early 2021, BeyGOOD planned to donate 100 $5,000 grants to individuals facing evictions or foreclosures amid the coronavirus pandemic. And the list of her philanthropic efforts goes on…

RELATED: Stars with their own charities

Whether she’s speaking out against sexism in the entertainment industry, hitting back at the way the music business uses and abuses artists, donating thousands of dollars to fans and people in need or using her voice to impact politics by encouraging young people to vote, Taylor Swift has done plenty in the last year that warrants admiration.

Not even Buckingham Palace can stop Duchess Meghan! After Queen Elizabeth II released a statement in mid-February 2021 announcing that her grandson, Prince Harry, and his wife wouldn’t be able to “continue with the responsibilities and duties that come with a life of public service” amid their “divorce” from the royal family, the couple hit back in a statement of their own: “As evidenced by their work over the past year, The Duke and Duchess of Sussex remain committed to their duty and service to the U.K. and around the world, and have offered their continued support to the organizations they have represented regardless of official role. We can all live a life of service. Service is universal,” they said. MIC. DROP! That kind of commitment to altruism is truly inspirational! Add to that the revelations about what she endured while in the royal family and how she moved forward to forge a life where she’s now “thriving” — which Meghan made to Oprah Winfrey in a bombshell March 7 CBS interview — and it’s clear why she’s on this list.

In February 2021, while testifying before the Utah Senate Judiciary, Law Enforcement, and Criminal Justice Committee, Paris Hilton opened up about the vile abuse she suffered as a teen while attending the Provo Canyon School in Utah during the late ’90s. Her emotional testimony helped pass a bill that will increase oversight of for-profit residential treatment centers. Sen. Michael McKell, who sponsored the legislation, praised the DJ, entrepreneur and former reality TV star for her “bravery” and for “using her platform and voice to bring attention to this critical issue.” Said the politician, “[Her testimony] empowered many others to share their personal stories, resulting in much-needed positive, impacting changes to this industry.” Well done!

Activism has been an important part of Jane Fonda’s life since early in her career, but in recent years, she’s focused primarily on environmental issues. In 2019, for example, she was arrested several times at the Capitol in Washington, D.C., as part of her Fire Drill Friday rallies protesting climate change denial and inaction. The following year, she released a book about “how to fix” climate change. When the actress-activist was honored with the Cecil B. DeMille Award during the 2021 Golden Globes in late February, she rocked natural gray locks and a cream suit she’d worn before — opposed to a new designer confection. She looked incredible, but that wasn’t the point: Jane wanted to make a statement about the wastefulness of consumerism and its negative effect on the environment: “I vowed a couple of years ago I would never buy any new clothes again. We spend too much money, we buy too many things, and then we get rid of them,” she told talk show host Ellen DeGeneres before the Globes. Later, Jane used her acceptance speech to advocate for another important issue: increased diversity in the entertainment industry.

What do you get for the girl who has everything? If the girl is Kim Kardashian West — a law degree! For the past few years, the reality star has been studying hard to become a lawyer, fighting for prison reform and working to free inmates serving life sentences without parole for low-level drug offenses. In 2021, she’s been focused on freeing death row inmate Julius Jones, who’s maintained his innocence for more than two decades. Later this March, the Oklahoma Pardon and Parole Board is scheduled to vote on whether or not to commute his sentence — thanks in large part to Kim’s efforts to bring awareness to his case. Whether you love her or hate her, you have to admit, that’s pretty impressive. She easily could’ve rested on her laurels as a celebrity who was born to wealth — and been set for life! — but instead, she’s putting in overtime to fight for some of the most overlooked individuals in the country.

Hear us out… Britney Spears has faced an insane amount of turmoil amid her ongoing battle to break free from a restrictive conservatorship that controls every aspect of her personal life. But you’ll never hear her complain. The pop star is a constant force of positivity on social media, where she’s all about spreading love and kindness — even to those who don’t necessarily deserve it. After a documentary about her life, “Framing Britney Spears,” dropped in early February 2021, the world finally started waking up to the injustices she’s faced over the years. And, yeah, she has plenty of reason to be angry and bitter! But not Britney. You’ll also be hard pressed to find a negative quote about her from anyone who knows her personally. “She’s such a sweet girl and has such a big heart,” Paris Hilton said after the documentary debuted, adding that her onetime pal has been “treated so unfairly.” And yet her positivity reigns supreme! How’s that for a masterclass on optimism and kindness?!

We love Ashley Graham for using her platform to champion body positivity — especially for new moms. The gorgeous model mama can always be counted on to speak out in favor of normalizing the things we’d otherwise feel insecure about — from cellulite and stretch marks to postpartum baby hairs and the “messy parts” of “recovery and healing” after childbirth. (Check out her Instagram post about the joys of disposable underwear here!) In January, she took to Instagram to share a slideshow of photos of women celebrating their perfectly imperfect bodies. “It’s not always easy to love every inch of your body. I’ve learned it’s a daily practice, not just a finish line,” she wrote in the caption, adding that she’s “so grateful” for her social media “community” and that we’re all “stronger together!” Earlier in the month, she shared a video of herself vamping sans clothing. In the caption, she referenced Megan Thee Stallion’s single “Body,” writing, “I love me, not everyday, but most! Anyways…. Body-ody-ody-ody-ody-ody-ody-ody-ody.” A true inspiration to us all! 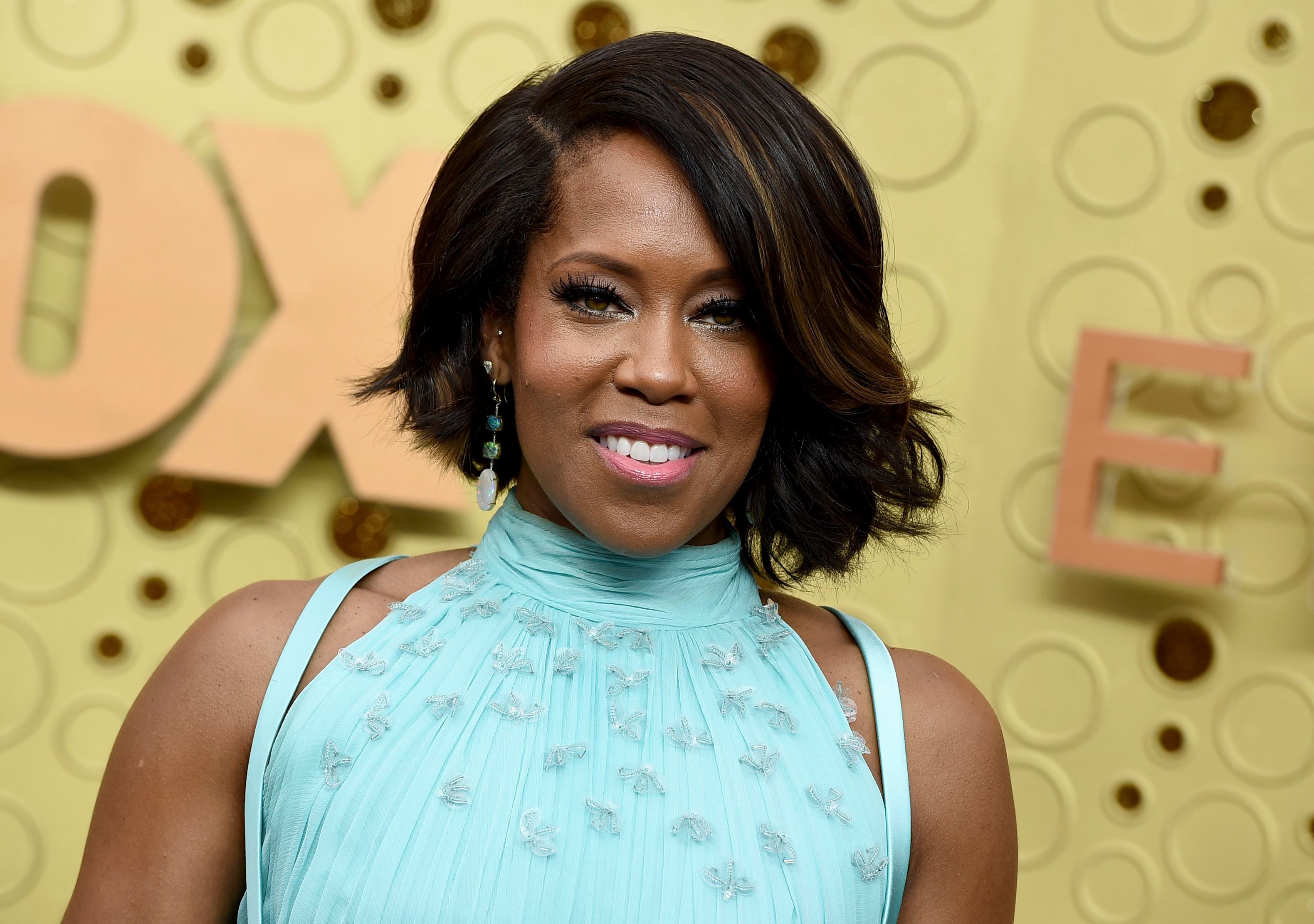 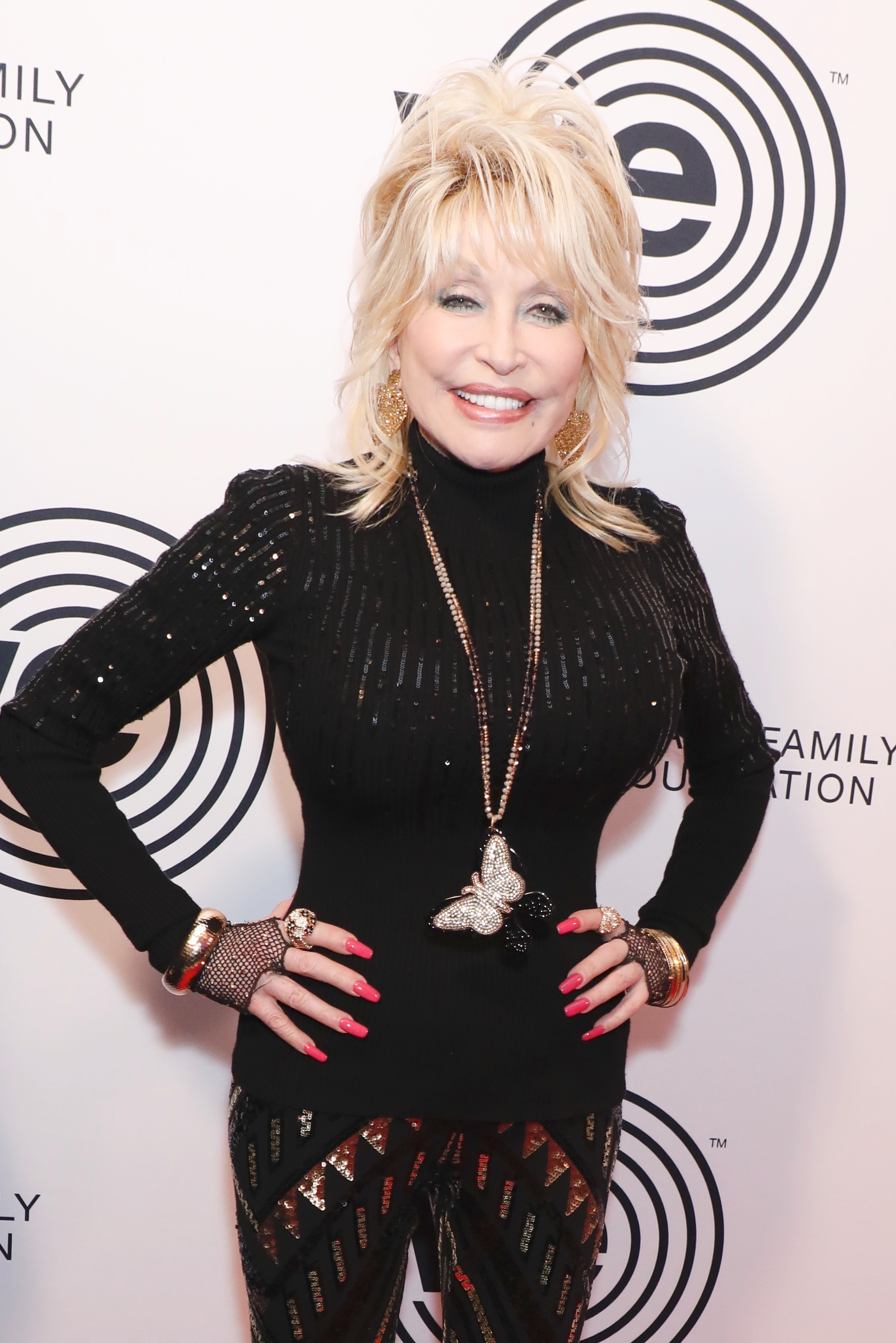 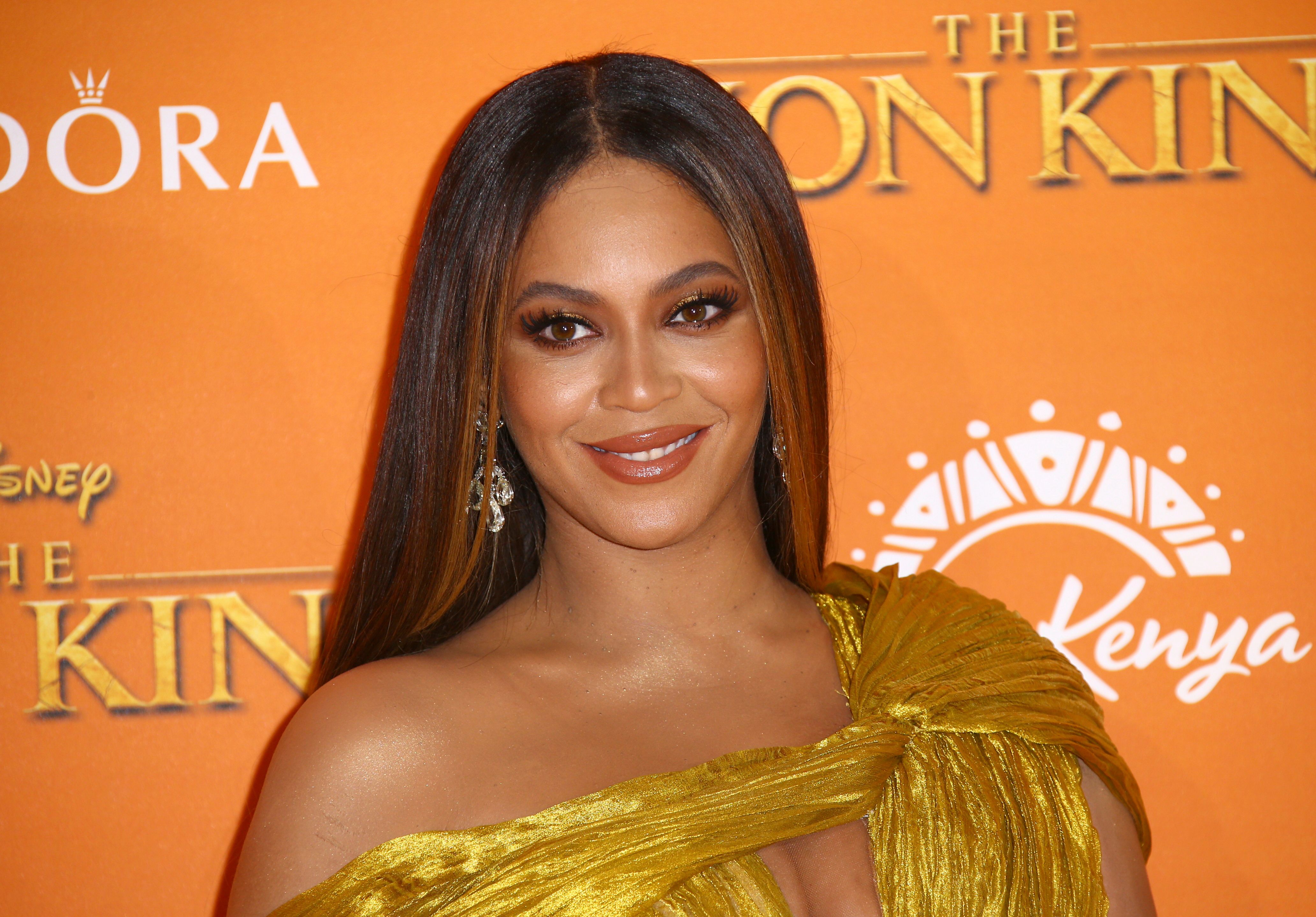 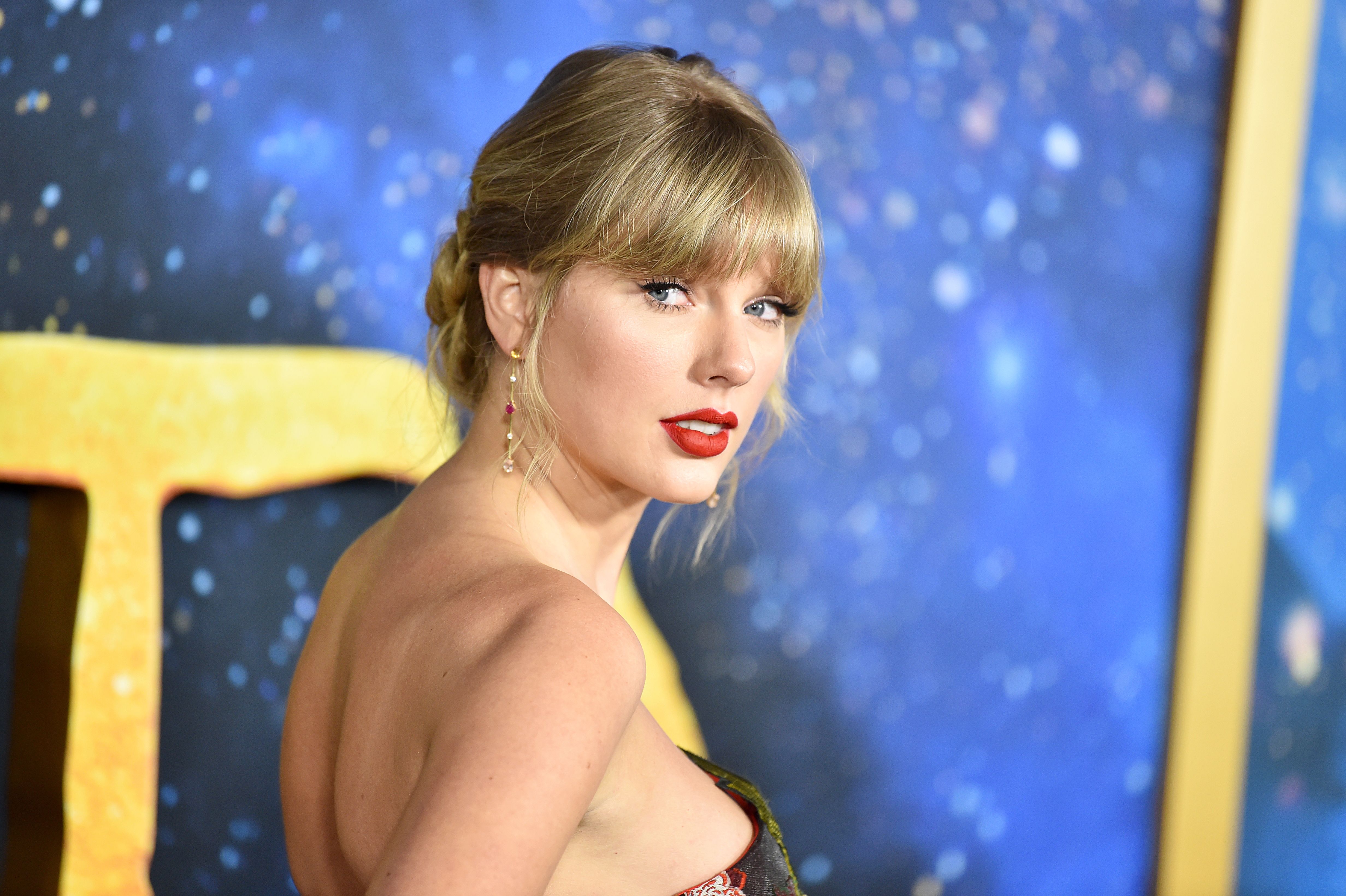 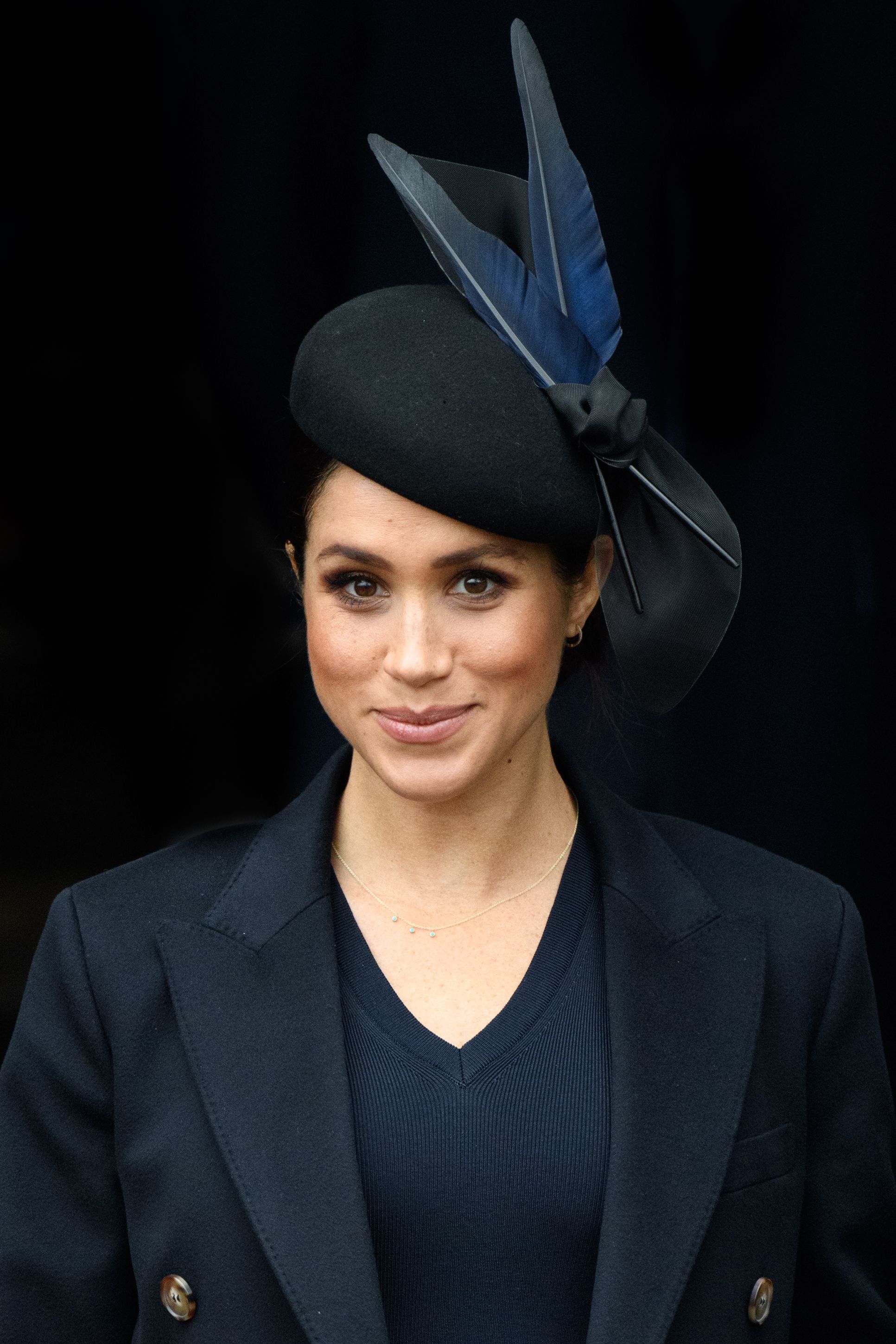 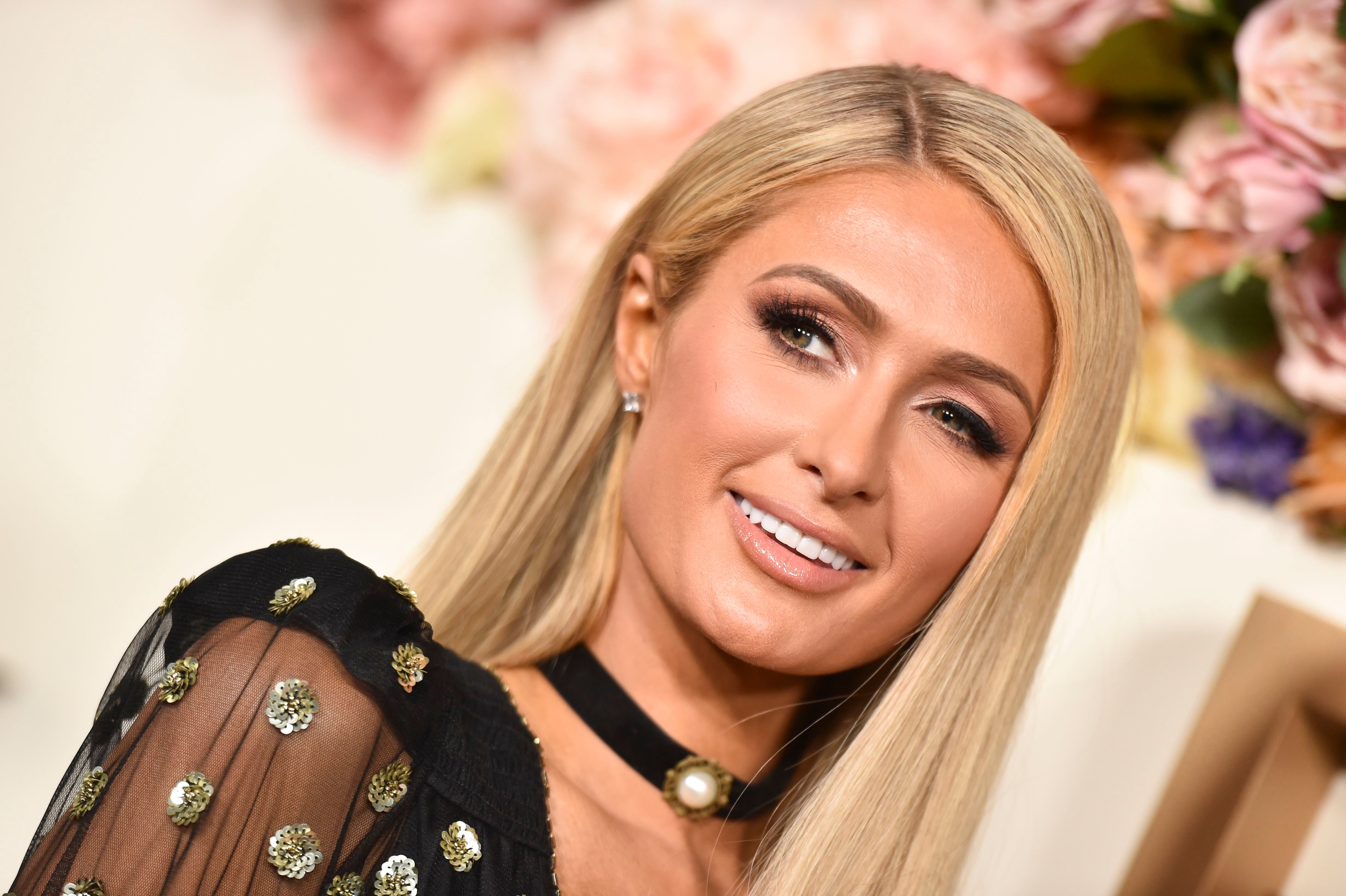 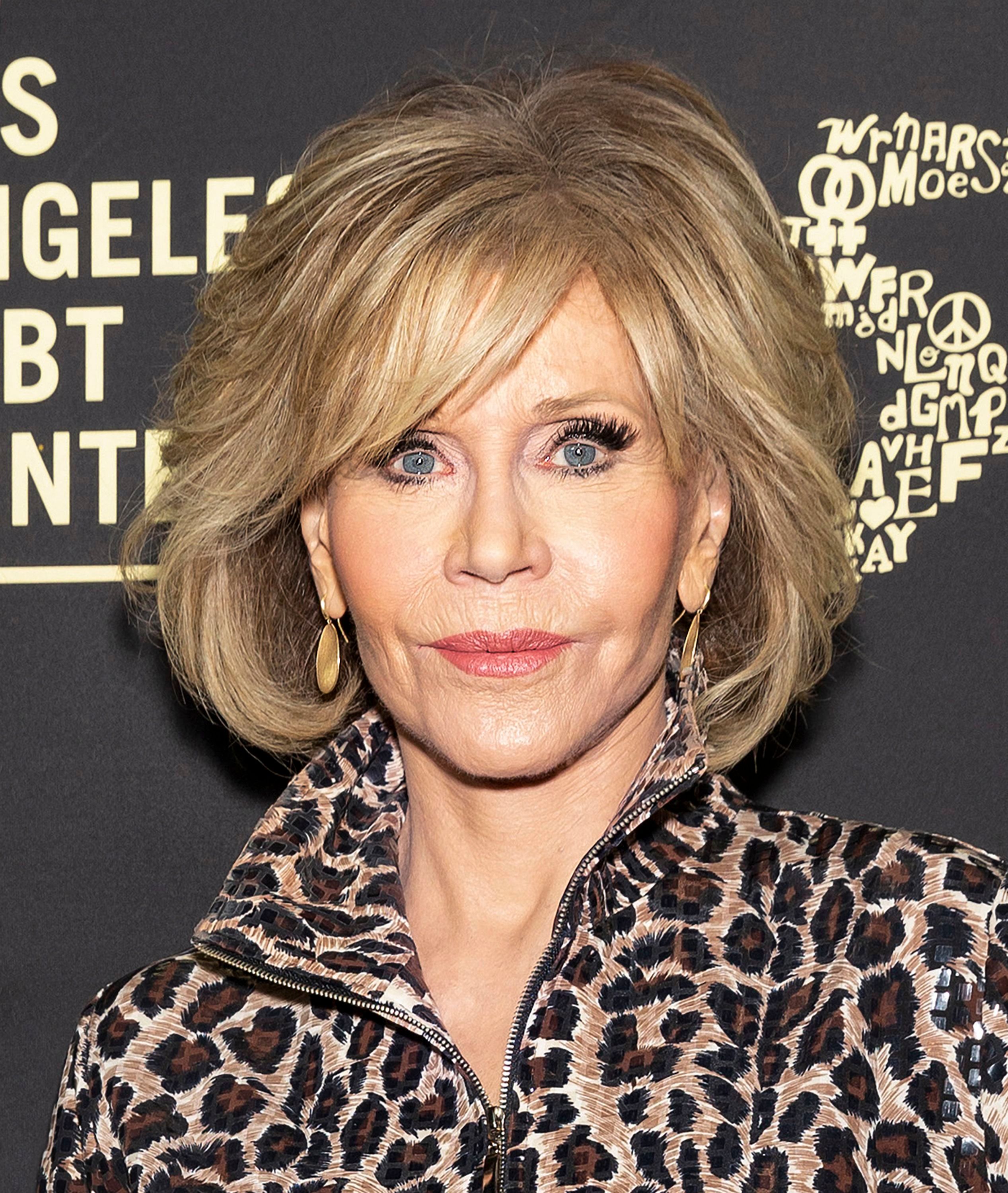 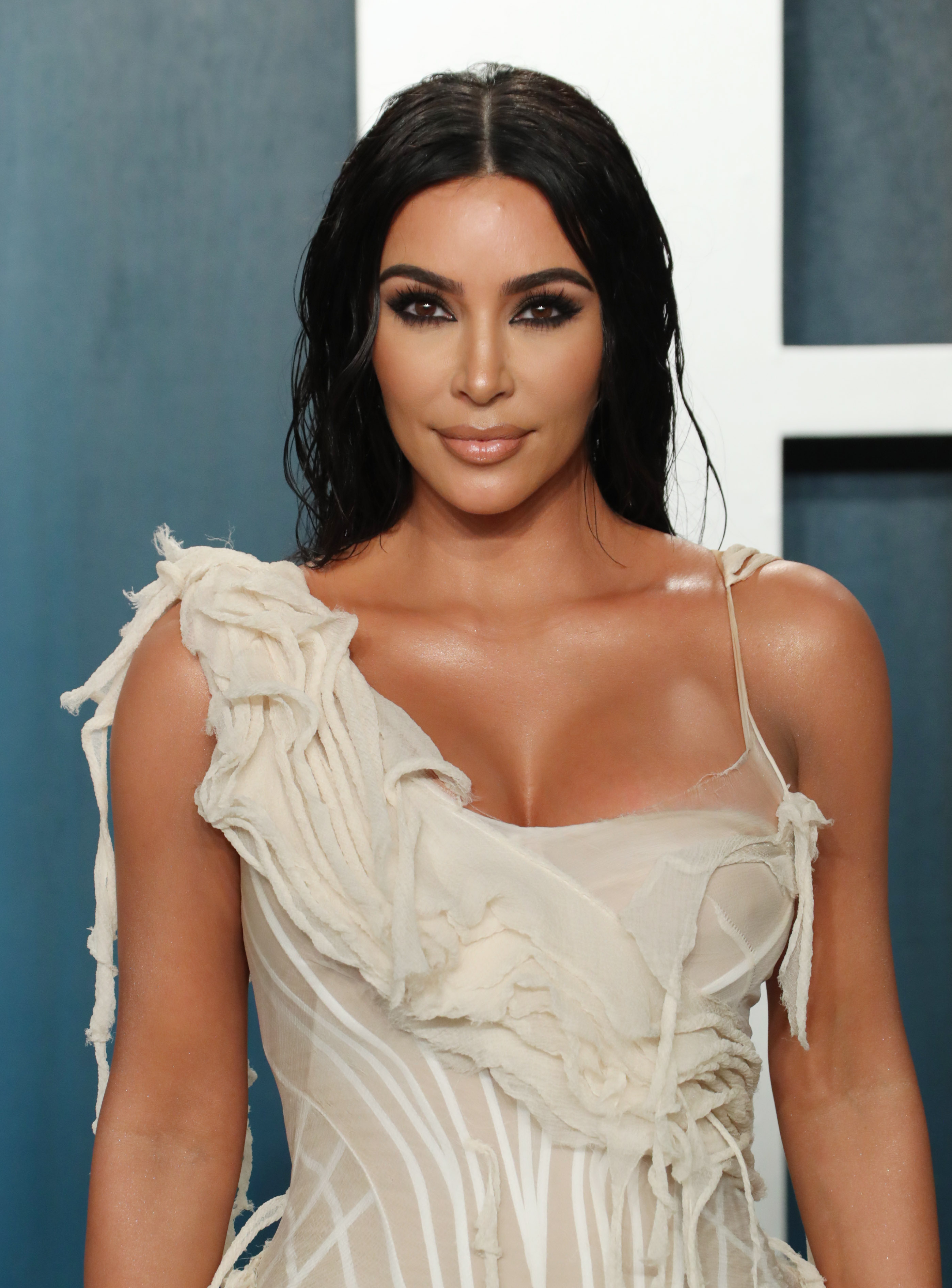 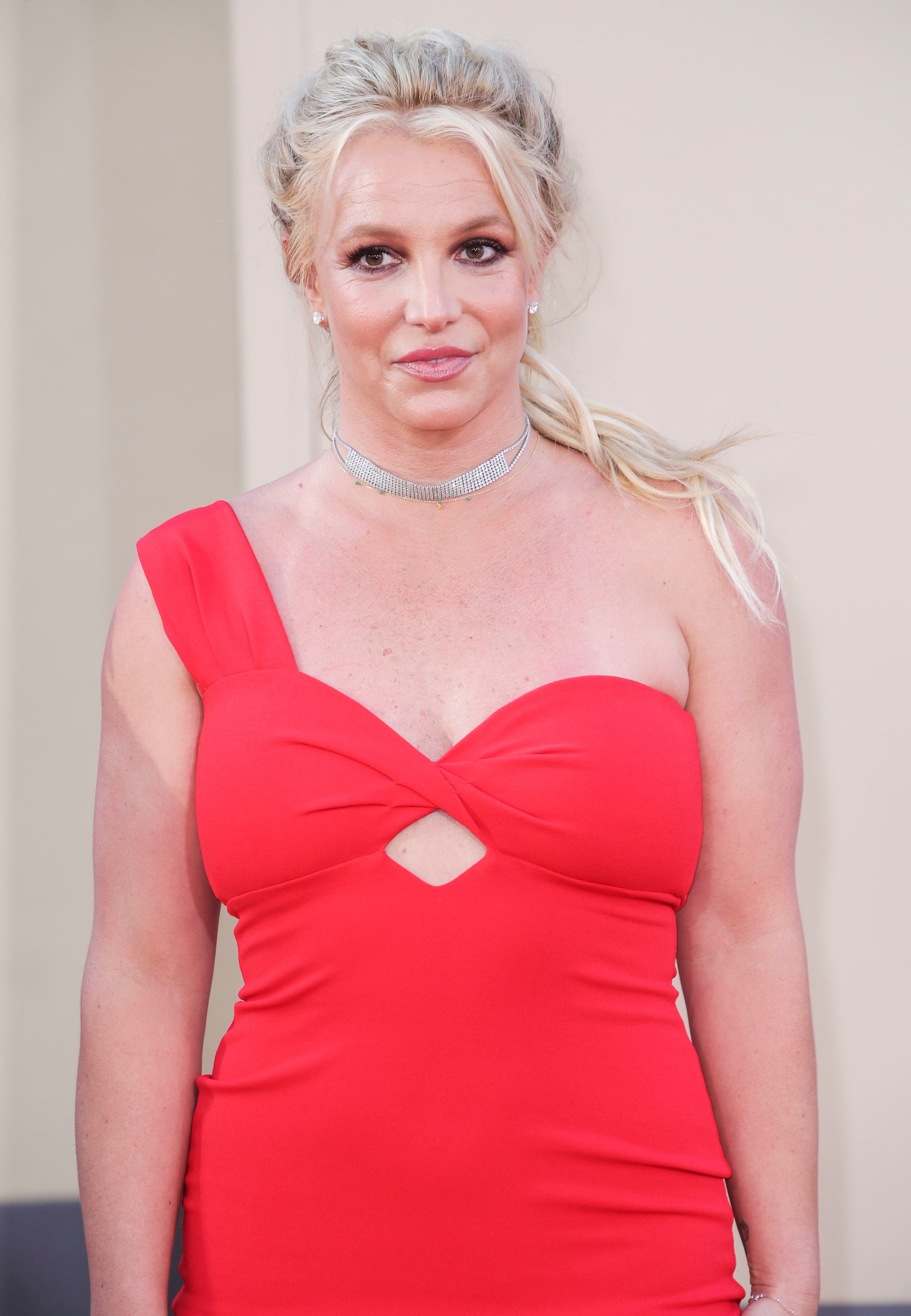 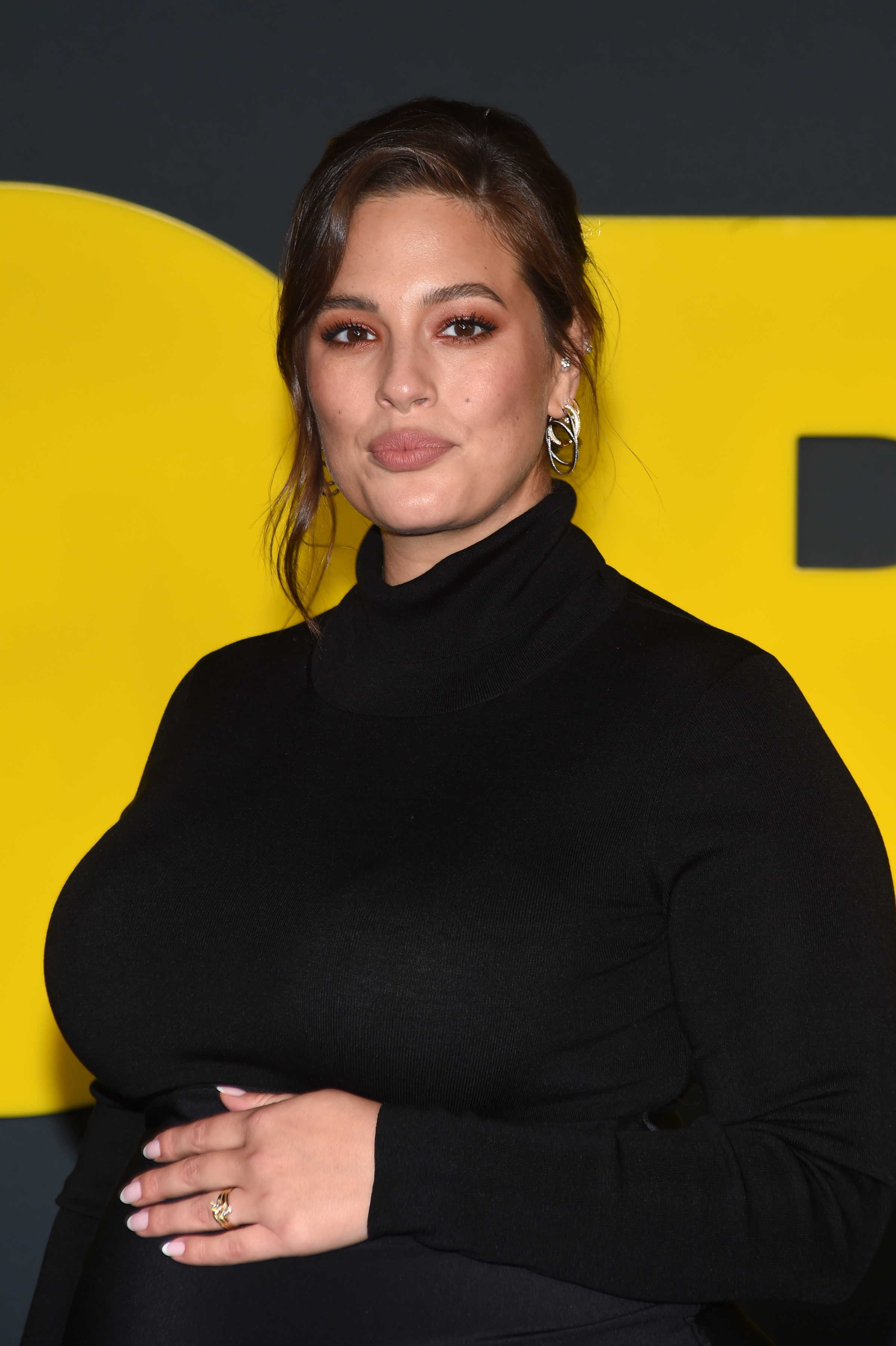 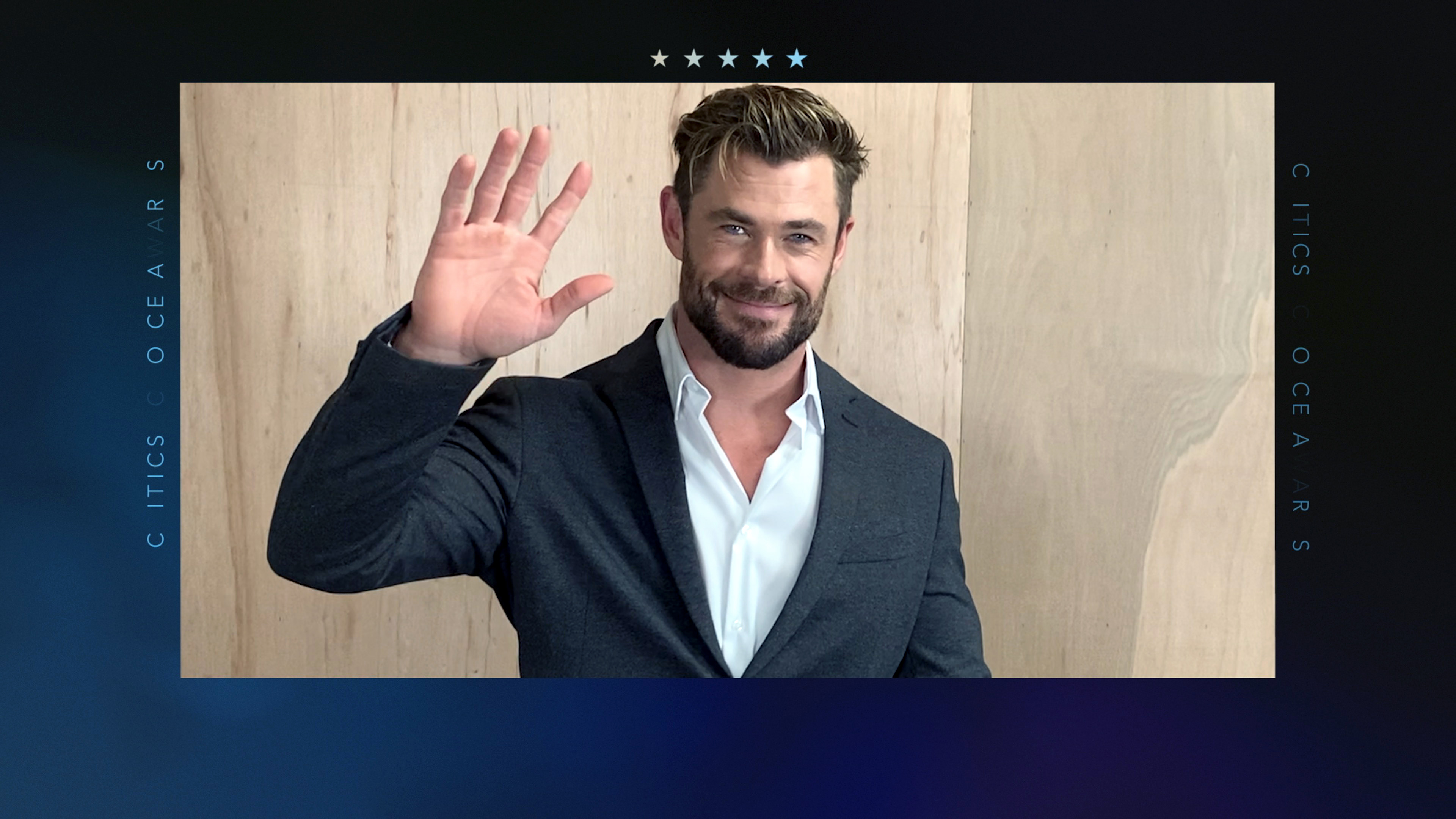