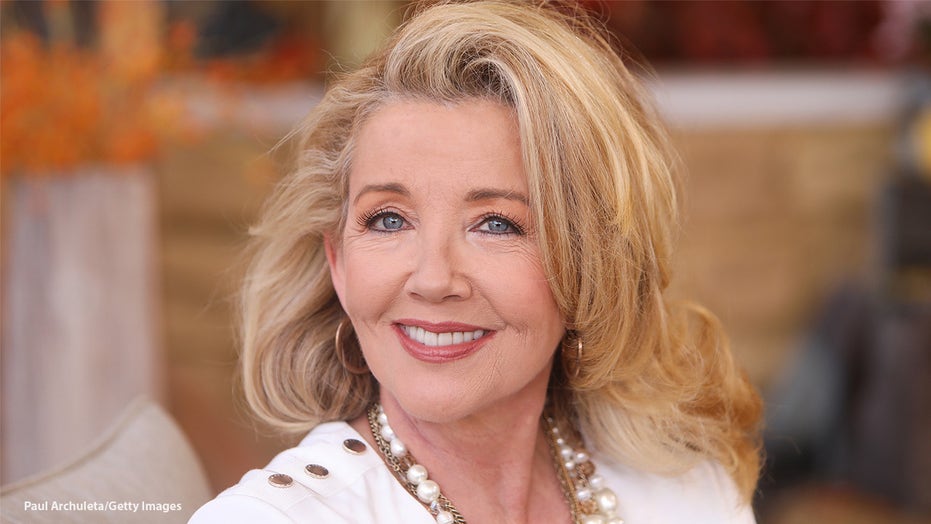 EXCLUSIVE: Melody Thomas Scott has spent a storied 60-plus years in show business — and now she’s telling all.

The Hollywood actress and soap opera star, who embarked on her career at age three, is getting candid about her life and career in a new memoir titled “Always Young and Restless: My Life On and Off America’s #1 Daytime Drama." She detailed overcoming a tumultuous childhood, sharing the screen with some of the most iconic actors and leading a successful career on her terms.

Thomas Scott, 64, joined “The Young and the Restless” in 1979 as Nikki Newman. She recently celebrated her 41st anniversary of playing the fan-favorite role.

Thomas Scott spoke to Fox News about coming forward with her story now, as well as why she turned down “Animal House” and Playboy.

Fox News: What inspired you to write “Always Young and Restless” now?
Melody Thomas Scott: It’s actually been about a 10-year process. I didn't anticipate all of the emotional places I had to go… I had several false starts in trying to write it and I just knew I was not ready yet. My husband kept saying, “Mel, what about that book?” I said, “I'm not ready, but I'll let you know.” And so one morning I woke up, sat up in the bed, turned to him and I said, “I'm ready.”

And I was ready. You just have to kind of work out all those kinks in your mind and in your feelings and your gut. It’s not that I chose now. I mean, my literary agent would have preferred that this was released 10 years ago, but I was slow about it.

I'm just happy that it's out there because really, the main reason is to give hope and encouragement to readers out there who may also be going through some hard times. It's hard to imagine that you're ever going to come out of the other end happy, but my story did work out that way. Thank goodness. So, if I help one more person, then it’s worth it all.

Fox News: In your book, you described turning down “Animal House.”
Thomas Scott: It was a funny thing. Back then, it was quite common to go on a series of interviews for a part and be told that you received the part, that you won the role without ever reading the script. And it was that situation. So when I finally did get the script, I already got the job… All my scenes [in the script] are topless. And I just was not interested in that, even though I was very young. I was, I don’t know, 20. [But] it just was not something that I was comfortable with.

So I was in my agent’s office when she made the initial call to tell [director] John Landis that I was not going to be able to do the role. He just hit the roof and I could hear from her phone screaming. And he said, “You’ve got to talk to her because she’s the one that I really want.” I couldn’t understand why it had to be me. I mean, surely, there were many blonde, blue-eyed actresses who would love to have the role. 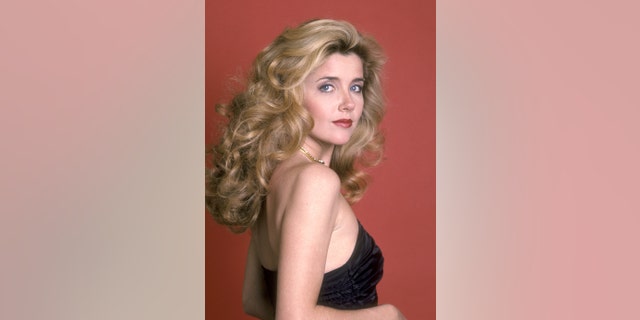 And it went on for a few days, these phone calls back and forth. And that was it. And his final words to my agent [were], “I will never give her a part in any of my movies. I will never even meet with her.” It was like, golly, OK. I guess you could call it the one that got away. Who knew it would be such a big hit? But with certain things, even as an actress, you have to put your foot down if you’re not comfortable with it.

Fox News could not reach John Landis for comment.

Fox News: When it comes to “The Young and the Restless,” it’s been said that your least favorite storyline is one that fans usually bring up first, which is your character Nikki’s stripper storyline.
Thomas Scott: It’s a novelty for sure… At that time, they had Nikki stripping. I think it was 1981. Nobody had seen anything like this on television. I just felt that I didn’t have the natural fluidity to it. I didn’t feel sexy. I didn’t feel that inherent sexiness that I think Nikki needed in order to pull [this] off several times a week. We would do all these different stripteases. They would bring in choreographers to make me look as good as I could, but I didn’t feel that I was very good. I didn’t have to confidence to [keep] doing it. 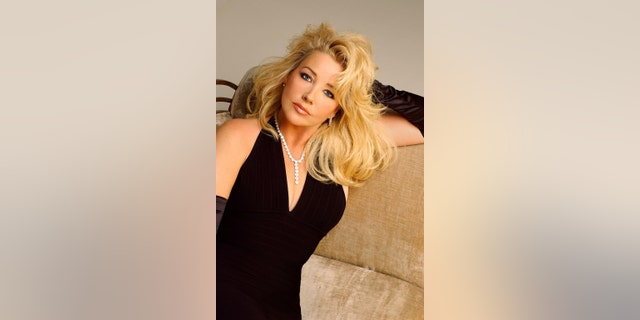 Looking back, there’s one strip that people on Twitter keep sending me that I am actually happy with *laughs*. But I just look back at those early days and can feel how awkward I was. But apparently, nobody else did because [head writer] Bill Bell kept writing it!

Fox News: At age 46, you were offered to be in Playboy. Were you ever tempted to do it?
Thomas Scott: Never. The Playboy offer came so out of the blue. I knew that I was not going to accept it, but it was such an iconic thing to be asked. I took the meeting at Sunset in their very famous offices. We talked. I had no intention of doing it, but I wanted to take the meeting just to say that I did.

Fox News: You appeared alongside John Wayne in his final film. What was your impression of The Duke?
Scott Thomas: I was only 19… [I remember he] walked down the steps and he just was so tall. He went to shake my hand and his hand was like a bear paw. It just wrapped all the way around my arm. Practically. He was bigger than life. And he was so sweet and charming and helpful. 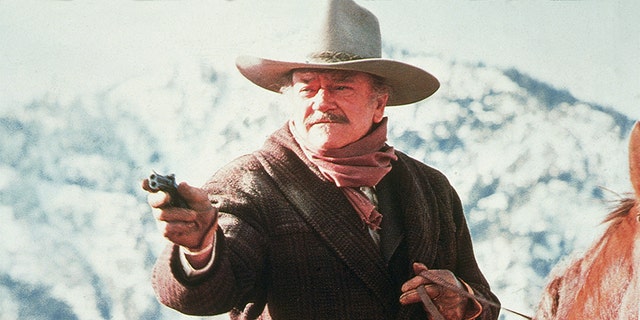 American actor John Wayne (1907 – 1979) aims a gun while riding horseback in a scene from ‘The Shootist,’ 1976. ‘The Shootist,’ the story of a dying gunfighter living out his last days, was Wayne’s last film.
(Photo by Hulton Archive/Getty Images)

I'm so grateful that I got a chance to work with him. I remember he was wearing this bracelet. I think at that time people who had cancer, they wore a copper bracelet of some sort, something that was supposed to be very healing. And I did notice it when that bear paw came at me. I saw that bracelet on his wrist. But sadly, it didn't work.

Fox News: Is it true you stabbed Clint Eastwood with a Civil War needle?
Thomas Scott: I am a terrible, terrible person *laughs*. Well, I was only 13, but that does not excuse [it]. I don’t even know still why I did this.

We were [filming] a Civil War film… My position [while filming] was down by his foot. And in the story had cut one of his legs off – I’m telling you, it was a gory, gory movie. But to make it look like that, the prop people had dug a hole in the dirt for him to put his foot in there so that it would look like he only had one leg. That’s where my position was. And I’ve got this very long, thick, authentic Civil War needle. I just sat there looking at his foot in the dirt. And – I don’t know what made me think this would be fun – but I thought, “I’ve got this needle in my hand and I’m going to jab him with it.” 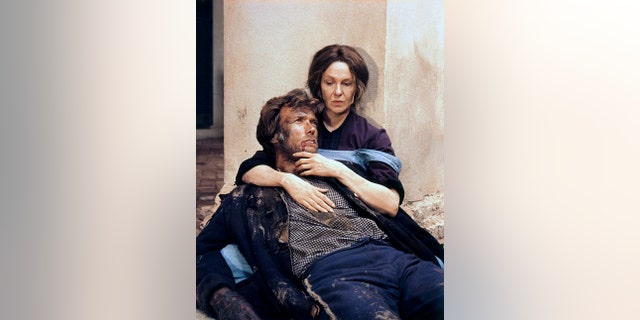 American actors Clint Eastwood and Geraldine Page on the set of ‘The Beguiled,’ directed by Don Siegel.
(Photo by Universal Pictures/Sunset Boulevard/Corbis via Getty Images)

And so I did. And of course, he jumps out of his hole. He thought he had been bitten by a spider. Everyone’s rushing and hurrying, going, “Oh my goodness, what happened to Mr. Eastwood?” I just sat there with my mouth closed. Of course, nobody asked me anything.

But years later — decades later — I attended the Annual Publicist Guild Awards, which is at the Beverly Hilton every year. They were honoring Clint Eastwood. And I happened to be scheduled as a presenter. So while I was at the podium of that event, I thought, “OK, it’s time to fess up.” I just looked down at him at his table. And I said, “Do you remember when we did ‘The Beguiled’?” He just looked at me with that kind of a stare that he has. I told the whole story. I said, “I don’t know why I did it. And I’m so sorry. I’m glad that I finally got the chance to apologize.” I hope that he accepted my apology.

Fox News: What surprised you the most about Kirk Douglas?
Thomas Scott: He was wonderful as well… He was such a presence. He not only starred in the movie “Posse,” but he was our director. And I think he wrote it, too. He knew what he wanted [on set] and how to get what he wanted out of the actors and crew. He was very professional. [At my interview] I had very long hair past my waist. He was just looking at it. He said, “Do you know how to braid hair?” I said, “Oh, well, yes, I do.” I’m 18 years old. 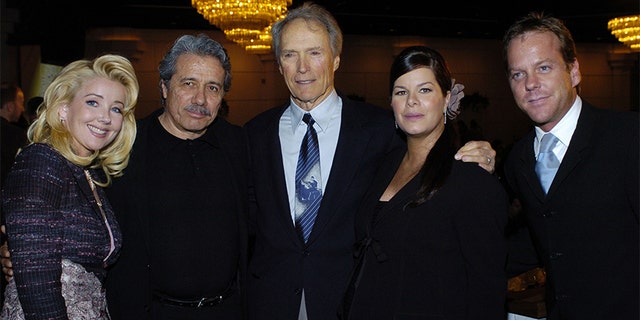 And he jumps up from his side of the desk, comes over and says, “Well, so do I!” And he starts braiding my hair *laughs*. I mean, this was in an era where nobody worried about this type of thing. There was no #MeToo movement or any kind of concern. I just thought it was kind of sweet and charming. And I guess he just wanted me to know he could braid hair — and he could!

Fox News: On a more somber note, what’s one memory of Kristoff St. John from “Young and Restless” that makes you smile?
Thomas Scott: Kristoff was such an unusual human being. He was always filled with light and wonderful. He could talk to you about any subject. I don’t want to think about the sad things. Anytime Kristoff and I were together, we were laughing.

There was just something about the two of that we would just start laughing before we even met in the hallways. We would tell jokes and just be goofy with each other. Our humor was similar and we were always just being ridiculous, getting into trouble — maybe too much trouble, making a lot of noise. 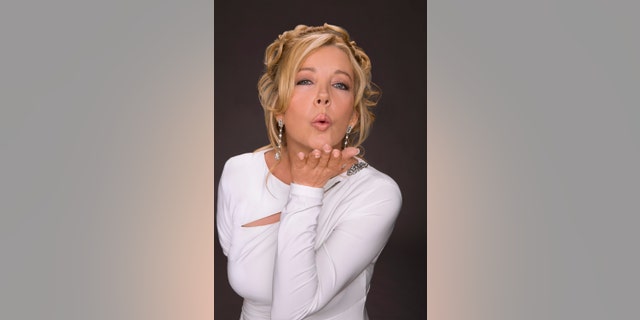 But [he] was a wonderful actor. I treasure the scenes that we did share together. Our characters were both alcoholics, so we had a lot of powerful scenes together regarding that. But the minute that red light was off of the camera and the scene was over, we were right back to our hijinks, laughing and carrying on.