After four installments, Sabrina Spellman’s witchy journey came to an abrupt end when Netflix released its final part on Dec. 31, 2020. The dark, horror-inspired series had a strong, devoted fanbase who loved to pick up on tiny easter eggs hidden within the show. If you’re one of the many people upset about the series coming to and end, these Chilling Adventures of Sabrina behind-the-scenes facts will reveal some of the unseen magic that went into making the series.

Each episode of Chilling Adventures of Sabrina is jam-packed with references to horror movies and little nods to its sister series Riverdale. The show is partially adapted from the Archie Comics character Sabrina, who frequently interacted with Archie, Betty, Jughead, Veronica, and the rest of the characters who are now featured in Riverdale. Throughout its run, Sabrina has included tons of Riverdale easter eggs, from shouting out iconic locations to bringing over cast members for cameos.

Even more so than the Riverdale love, Sabrina is filled with spooky allusions to classic horror films, recreating iconic scenes from movies like Rosemary’s Baby, The Exorcist, It, Suspiria, A Nightmare on Elm Street, and many more. But the on-screen secrets are only half the fun — there are a ton of behind-the-scenes tidbits that may surprise even the most diehard Sabrina fans:

1. Kiernan Shipka is allergic to cats. 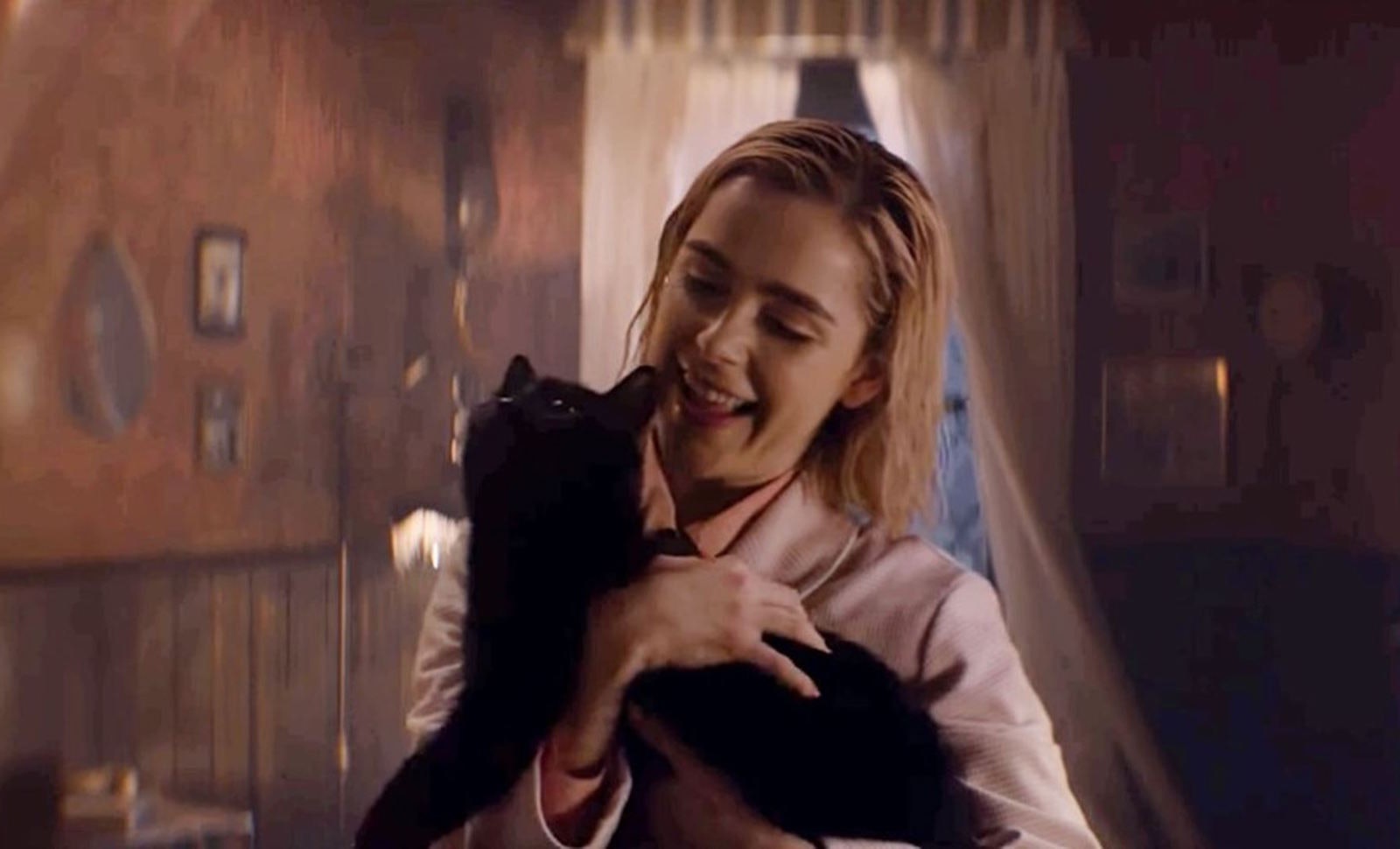 Fighting demons is no problem for Shipka, but cats are another story. One of her biggest obstacles in filming CAOS was her cat allergy, and Shipka revealed to Vulture that she broke out into hives during the first month of filming due to her scenes with Salem. Showrunner Roberto Aguirre-Sacasa even considered making Salem a dog to get around the issue, but instead, the show opted to just reduce Salem’s involvement in the show, which is why viewers rarely saw Sabrina holding Salem.

All of the mystical terms, objects, and rituals on Sabrina are actually a lot more authentic than viewers may have guessed, and that’s all thanks to production designer Lisa Soper. As a practitioner of paganism, Soper revealed how she helped ensure the authenticity of the show’s witchcraft in an interview with Vanity Fair. She used her collection of spell books to help create the show’s arcane objects and rituals, and even cast her own protection spell on the Spellman house.

Thanks to Soper’s help and research from the writing team, the spells Sabrina and the other witches cast are actually real spells.

Not everyone is comfortable with how authentic Sabrina‘s spells and rituals are. Having been raised Baptist, Tati Gabrielle, who plays Prudence, was admittedly fearful of calling on evil forces each time she had to cast a spell. To combat it, she told Thrillist that she says the "Our Father" prayer before each spell-casting scene and keeps crystals and sage at her home for protection.

5. Kiernan Shipka and Chance Perdomo were almost Betty and Jughead on Riverdale. 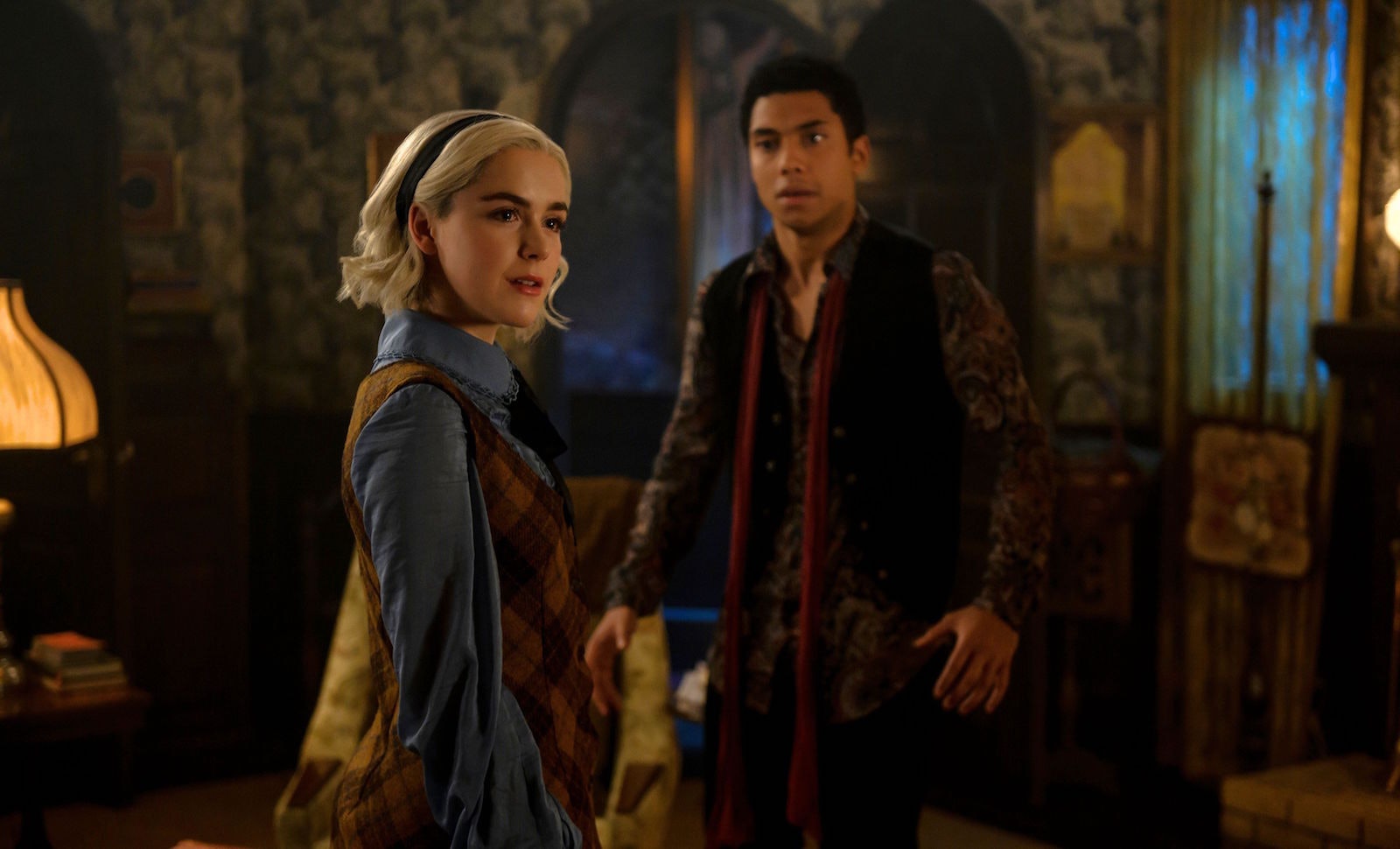 In another universe, Sabrina and Ambrose are coupling up a town over in Riverdale. Both Shipka and Perdomo originally auditioned for lead roles on Riverdale, but didn’t get the parts. It wasn’t a total loss, though, because Aguirre-Sacasa remembered their standout auditions and cast them in Sabrina instead.

6. The show features a song written by Charles Manson.

CAOS has never held back on going all-in on the macabre, and that was never more evident than when Sabrina auditioned for the Academy’s Satanic Choir with a song written by Charles Manson. The cult leader and serial killer released "I’ll Never Say Never to Always" as a part of his 1970 album LIE: The Love and Terror Cult.

Nearly all of the character names on Sabrina carry a special meaning, and most of them reference real people who were part of the Salem Witch Trials in the late 17th century. Salem the cat is the most obvious reference to the event, but there’s also Theo Putnam, whose surname is shared by the family who helped lead the persecutions, and Ms. Wardwell has the same name as a family accused of being witches at the time. The Kinkle Mines’ establishment date of 1692 is also a reference to the witch trials, since that’s the year they began.

8. The Satanic Church sued the show.

Sabrina‘s accuracy proved to be too much for certain groups, such as the Satanic Temple, which sued the show after its premiere over a statue appearing in the center of the Academy of Unseen Arts. The church argued that the statue so closely resembled the Satanic statue "Baphomet With Children" that it qualified as copyright infringement. The suit was settled outside of court, and the statue did not appear in future seasons of the show.

9. Father Blackwood is based on Miranda Priestly. 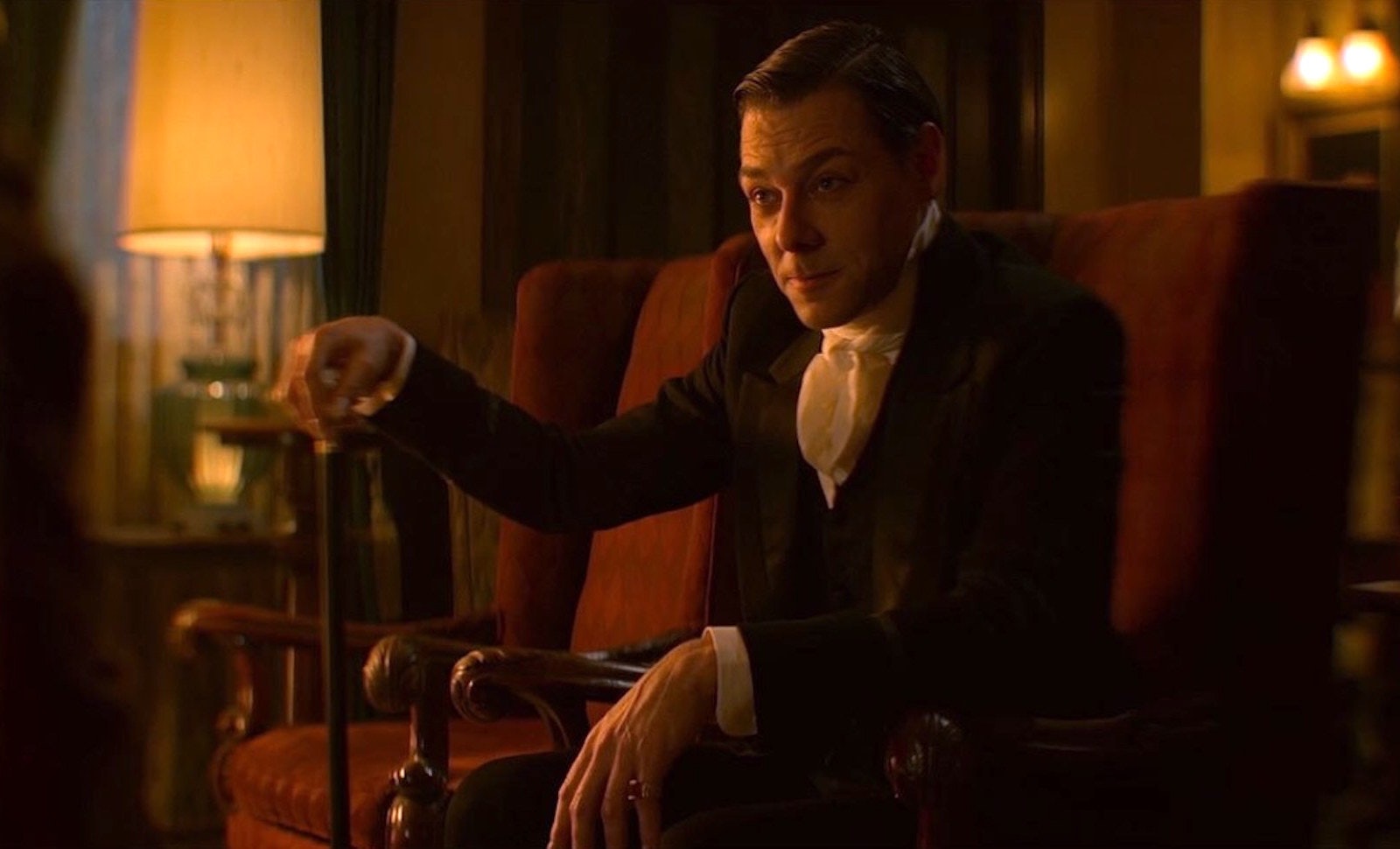 Can you picture Faustus Blackwood as an incredibly chic, demanding magazine editor? Well, Richard Coyle could. The actor told Fandom UK that his villainous character is partially based on Meryl Streep’s role in The Devil Wear Prada, as well as Paul Scofield in The Crucible and Charles Lawton in Spartacus. "There’s something clipped about all of those characters and they way they present themselves," Coyle said. "And there’s something meticulous about Blackwood, and clean and reptilian and cold-blooded."

You can rewatch all four parts of Chilling Adventures of Sabrina — with all of these new facts in mind — on Netflix now.