In true This Morning tradition, Holly Willoughby and Phillip Schofield rocked up for their post NTAs presenting gig feeling a little worse for wear from a wild night at the awards show. 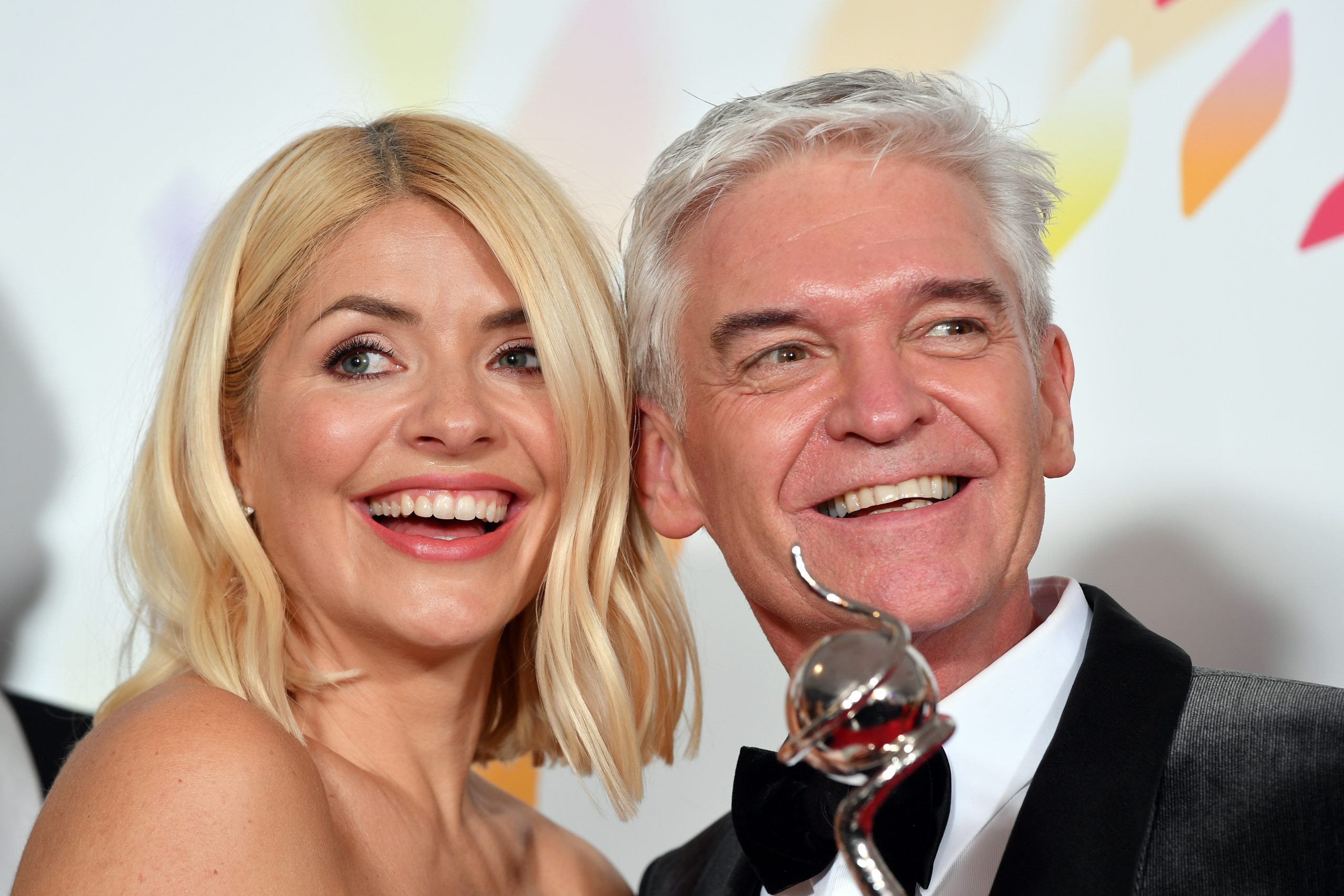 With their usually pristine sofa set up strewn with party poppers, glasses of half drank champagne and their 2020 National Television Award, the well-loved presenting duo pushed on through the show.

The Holly-and-Phil-are-feeling-rough-from-last-night joke has been a running theme after every NTA ceremony for the past few years, leaving fans of the show in stiches every time.

The pair famously rocked up to work still in their glad rags from the night before back in 2016, but it seems that some viewers reckon the gag is wearing thin these days.

Over on social media, one irritated Tweeter wrote, ‘There’s nothing more painfully unfunny than these two and their annual “ooh look, we’re hungover….absolutely mad us”.’

While a second chipped in, ‘I think the whole “look at us we’re hungover” novelty has well and truly worn off. Maybe next year just give them both the day off. ?.’

‘They’re not the only people in the world who’ve had to get up and go to work after a few drinks. They’re adults. Cope with the hangover and do your job ??♀️ #ThisMorning,’ pointed out a third.

Meanwhile, a fourth suggested that the pair kept it slightly more realistic, ‘I’d approve if they did it properly. If Phil had the shakes and couldn’t hold his cue cards and Holly had sick in her hair.’

Of course, as always, there were plenty of This Morning fans loving Hol and Phil’s cheeky hangover banter.

‘The show after the NTAs is always the best of the year ?,’ applauded one amused commenter.

‘We stayed up tonight here in Australia especially to watch this morning’s carnage love it!!! You guys rock!’ praised one more loyal fan.