How’d you wake up this morning? An annoying phone alarm? A snoring partner? A naggy mom? Any of those options would have been perfectly acceptable ways to wake up until this video of Priyanka Chopra surprising Nick Jonas with a puppy forever raised the wake-up bar for the entire human race.

On Nov. 26, Jonas took to Instagram to share the incredible early anniversary gift his wife decided to bless him with. The post is a carousel and, in addition to two adorable pictures of the pup, Jonas brightened the world with a video of Chopra waking him up from what seemed to be an extremely sound slumber with a bow-clad German Shepard puppy.

In the caption he wrote:

(Um, yes that means you can also follow the dog @ginothegerman for even more adorable puppy content.)

If you want to indulge in some major cuteness overload, check out his post for yourself and prepare to start crafting Chopra her very own "Wife of the Year" trophy:

Oh, and just when you thought things could not possibly get any cuter, Chopra commented: "Happy almost anniversary babu ? ur face..hilarious ? "

I know it seems like their million wedding ceremonies just took place a yesterday, but Chopra and Jonas’ kicked off their wedding celebrations with their traditional Christian ceremony and their Indian Mehendi almost a year ago on Dec. 1, 2018 (they had their lavish Indian wedding ceremony one day after).

The day of their Mehendi and Christian ceremony, Chopra took to Instagram to share the deets on their special day and what it meant to her: 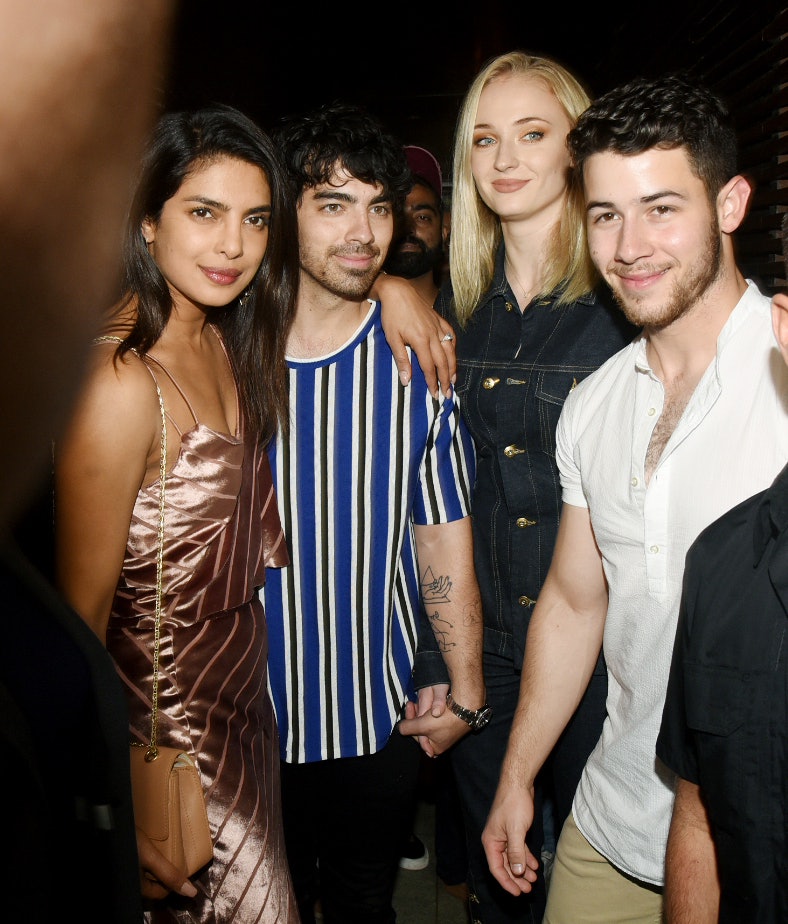 Here’s to hoping the couple continues to blend their cultures in this beautiful way for many more anniversaries to come!