Tom Arnold accused Donald Trump of called his son Eric Trump “the R-word” on the set of The Apprentice and claimed he’s seen the tapes that prove it.

“He says the N-word, he calls Eric the R-word,” Arnold, who claimed to have seen the tapes, said during an appearance on Jimmy Kimmel Live! on Wednesday, August 15. “There’s two people who have never called me a liar about the N-word tape: Donald Trump and Mark Burnett, because they know it’s true.”

“Mark Burnett can do something,” he continued. “He does nothing because he’s the best friend of the president. He sits next to him at a prayer breakfast.”

Arnold, 59, and Trump, 72, have known each other for years. The comedian previously claimed in December 2016 that he had tapes of the current president saying “every bad thing ever, every dirty, every offensive, racist thing ever” from outtakes of The Apprentice. 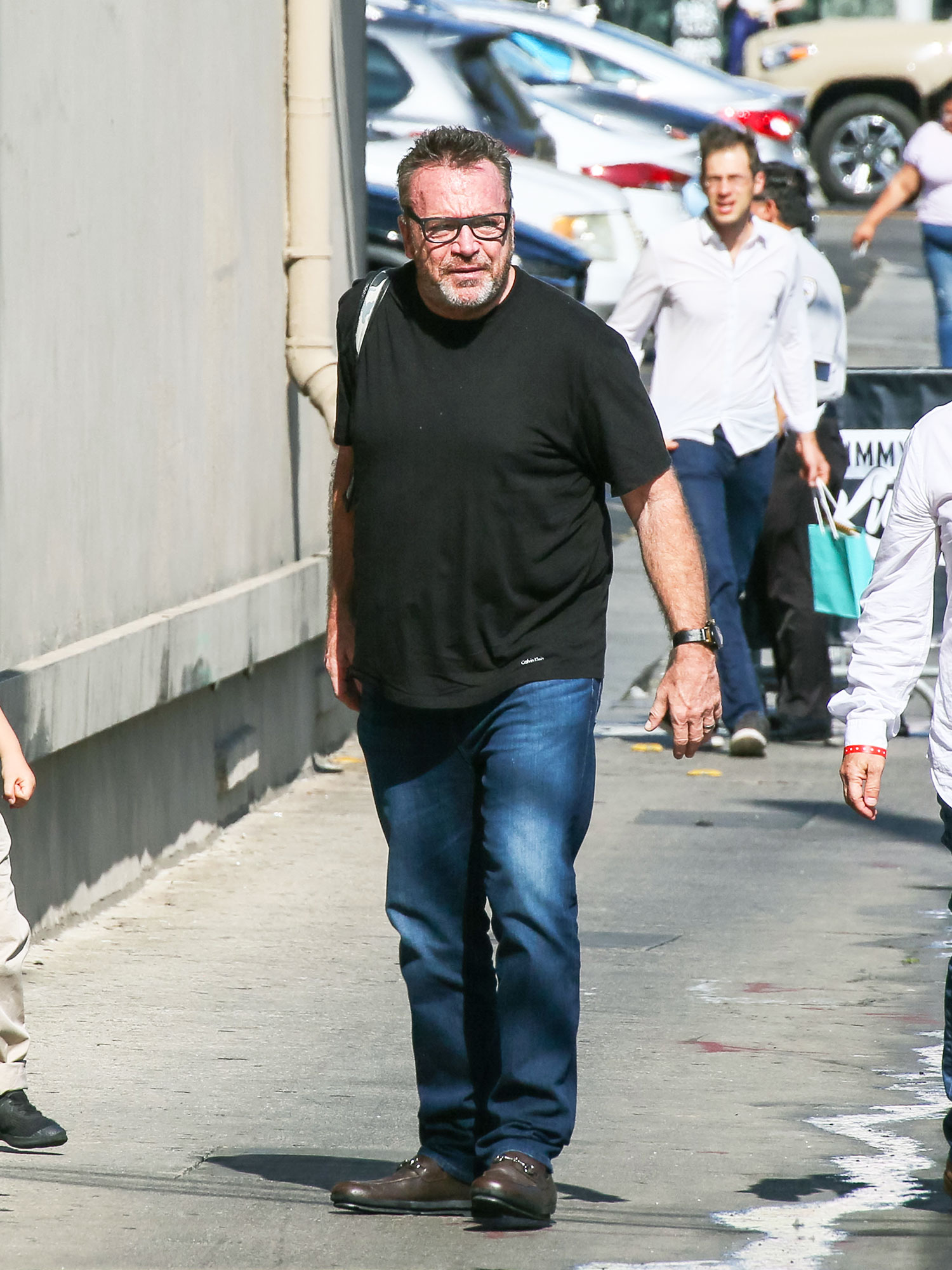 “When the people sent it to me, it was funny. Hundreds of people have seen these,” Arnold said during a December 2016 appearance on Dori Monson’s KIRO radio show. “It was sort of a Christmas video they put together. He wasn’t going to be president of the United States. It was him sitting in that chair saying the N-word, saying the C-word, calling his son [the R-word] just being so mean to his own children.”

The alleged tapes made headlines again earlier this month when former Apprentice contestants Omarosa Manigault and magician Penn Jillette claimed that POTUS made racist remarks on the set of the former NBC series. White House Press Secretary Sarah Huckabee Sanders addressed the claims Manigault made in her book Unhinged: An Insider’s Account of the Trump White House that Trump used the N-word on the set of The Apprentice.

“Here’s the truth I’ve known from day one — he’s incompetent. They take that show and they edit it … and Mark Burnett has protected him because they won’t release that tape,” Arnold said to Kimmel. “If you can see one full day of Donald Trump on that set, you’ll see he’s incompetent, he’s racist, he sexually harasses people.”

Burnett said in a statement to Us Weekly in 2016 that he does “does not have the ability nor the right” to release any possible tapes.

“MGM owns Mark Burnett’s production company and The Apprentice is one of its properties,” Burnett and MGM said in a joint statement to Us Weekly in October 2016. “Despite reports to the contrary, Mark Burnett does not have the ability nor the right to release footage or other material from The Apprentice. Various contractual and legal requirements also restrict MGM’s ability to release such material.”

Trump also denied that the tapes existed on Monday, August 13, tweeting, “@MarkBurnettTV called to say there are NO TAPES of the Apprentice where I used such a terrible and disgusting word as attributed by Wacky and Deranged Omarosa.”

For the latest celebrity news and interviews, subscribe to our new podcast “In Case You Missed Us” below!