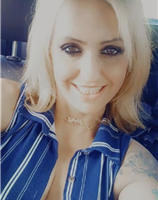 Tracie Wagaman: Family Fought to Get Her Off Drugs Ahead of Her Death

Earlier this week, we reported on the tragic news that Love After Lockup star Tracie Wagaman had passed away.

Tracie was just 41 years old, and she welcomed her second child one week prior to her death.

Wagaman struggled with substance abuse issues throughout her short life, but as her brother Michael reminded the world this week, until the results of an autopsy and toxicology report are released, Tracie’s death remains a mystery.

As we learn more about the circumstances of Wagaman’s final days, it seems that the downward spiral that was documented on LAL only got worse once the cameras stopped rolling.

Tracie’s relationship with Clint Brady was the focus of her time on television, but the couple’s marriage lasted only a few months.

Wagaman dated Matt Baier of Teen Mom OG fame, but that relationship was even more short-lived.

At the time of her death, Tracie was dating a much younger man by the name of Luke Loreia.

Loreia was in prison when when Tracie delivered the couple’s child.

It seems he had gotten into to fight with a casino security guard and pulled a machete on the man just weeks before Tracie’s delivery.

At this point, our primary source of information is Tracie’s brother, who has spoken with several media outlets and shared what little he knows about his sister’s sad final days.

While Matthew has encouraged Tracie’s fans “not to speculate” about the cause of her passing, he also confirms thst she was heavily addicted to various substances throughout her adult life.

“She’s had a habit for quite a while, half her life. It’s been 20 years on and off,” he told UK tabloid The Sun in a recent interview.

“He had a history of jail and prison. When you get out you go back to it. We’ve tried to help her.”

Matt went on to reveal that he was the first family member to learn of his sister’s passing.

“They told me she passed away the night before in Las Vegas. I was the first person contacted. I let my mom know. She’s handling it as a mom should. We have so many questions we need answered,” he said.

Tracie’s passing was confirmed earlier this week by her friend and former manager Lily Red.

Lily said that Tracie had cut off contact with just about everyone in her life during her pregnancy, but she also revealed that Wagaman had contacted her and apologized just two days before her death.

“I’m a little shocked. I think everyone is. I’m not going to release more details at this time. I just hope that we are praying for her family,” Red wrote in her announcement.

“I don’t know what else to say… Keep her family in your prayers. Tracie was loved… Tracie brought a lot of people a lot of joy and she will be remembered,” she added.

Lily claimed that Tracie told her she was newly sober less than 48 hours before her passing.

The Wagaman family has launched a GoFundMe to cover Tracie’s funeral expenses and transport her body back to her hometown of Midland, Texas.

“Our family is deeply saddened with our loss. We know she had many friends and followers who were pulling for her,” Matt wrote on the fundraising page.

“We would like to use the money to pay for her funeral. If additional money is raised we will put a portion of it in a savings account for her son and if at all possible her daughter,” he added.

“We want to donate the remainder of the money to a domestic violence organization that will be named later.”

You can donate to the family’s fundraiser here.

Our thoughts go out to all of Tracie’s loved ones during this enormously difficult time.