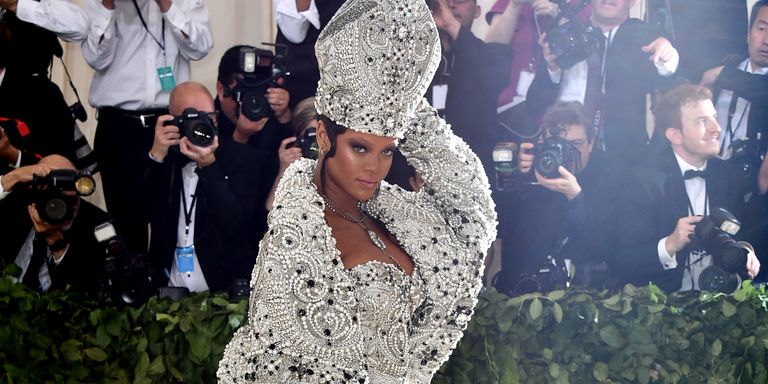 Another year, another Met Gala for Rihanna to dominate. Tonight’s theme, “Heavenly Bodies: Fashion and the Catholic Imagination,” provided ample fodder for drama-seeking gala-goers, but no one came close to rivaling Rihanna’s devotion. The evening’s co-host arrived dressed as the Pope, complete with a gem-encrusted Margiela minidress and matching coat, and the jewel of the night’s crown—a giant mitre.

Before Jesus, there was Rihanna:

There were a lot of The Young Pope jokes:

And Catholic mass jokes, because of course:

And this reminder that predictability is not always a bad thing:

Don’t act like you didn’t worship her before tonight:

This happens every year:

And finally, when memes collide: