Viney back to face Blues

Making his long-awaited return from injury, Melbourne co-captain Jack Viney says he's been driven by the disappointment of watching the Demons narrowly miss the 2017 AFL finals.

The 24-year-old star onballer will line up against Carlton on Sunday afternoon at the MCG in his first match since round 21 last season while dealing with ongoing complications associated with a foot stress fracture. 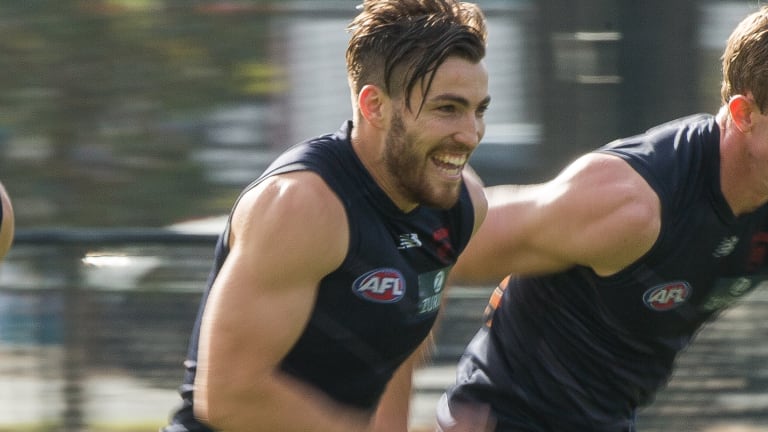 "I'm rapt to get out there – it's been a while," Viney said on Thursday.

"I wanted to be slow to make sure we got it right and I probably could have played a couple of weeks ago if I pushed it. But it's been a slow process which I'm thankful we've stuck to and I can tell you that I'm feeling great."

While he was sidelined, the Demons lost their chance of playing in their first finals series in 11 years by a fingernail – just 0.5 percentage points.

"It was a very important time for this footy club and we just had to win and we were through and, to have that not eventuate, certainly burned pretty hard and still does," Viney said.

"Every goal hurts at the moment. When you just miss out on finals, it's easy to reflect on the season and the things you could have done better.

"I've certainly got that mindset at the moment where every goal is hurting and every goal is celebrated because, come the end of the year, you know how much it can really matter."

Having won their past three games to sit sixth, Demons coach Simon Goodwin said selection was tight but there was no chance of leaving a fit Viney in the VFL for another round.

"When you get a co-captain back, who is a really important player to us, we want to get him into our team," Goodwin said.

"He's trained strongly for a month now and he's 100 per cent ready to go."