At this point, even people who didn’t watch the 2021 Met Gala red carpet are well aware of what Kim Kardashian looked like, right? Just in case, the vibe was this: 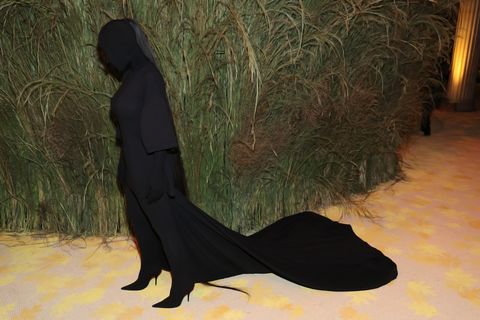 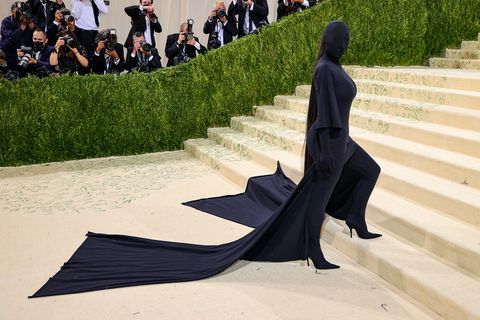 And as anyone lurking in New York City right now knows, yesterday was supremely hot, sweaty, and humid. Which begs the question: what was going on under Kim’s mask?! First of all, turns out she was, in fact, wearing a full face of makeup. We know this because her close friend and fave makeup artist Mario Dedivanovic posted the products he used to get her look:

And Kim’s hairstylist Chris Appleton also posted several behind-the-scenes photos of Kim’s final look before hitting the carpet with her mask on:

Not sure how all that makeup stayed in place considering how tight the mask was + how hot it was on the carpet—but gonna go ahead and assume Kim used a ton of setting spray. Either way, she switched up her look for the after-party, replacing her full face mask with some sunglasses that made her look like a straight-up superhero: 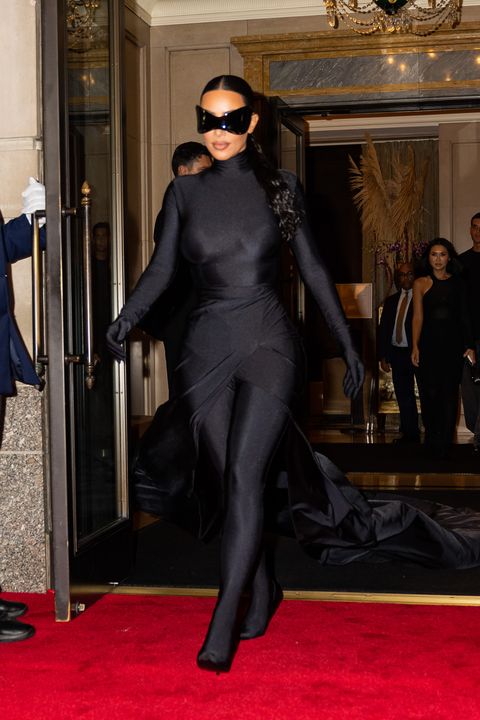 Just FYI, a source told People that Kim’s ex Kanye West helped put together her look: “Even though Kanye is not attending tonight, his presence will be felt on the carpet. It was Kanye who introduced Kim to Demna and was instrumental in the newly formed relationship between her and Balenciaga.”

The source added, “This look on Kim is like a new subculture and fashion statement. No logo, no face, but everyone knows it’s her. Kanye gave her the courage to push creativity and people’s imagination through art. It’s the ultimate confidence.”