In 1952, the already iconic Marilyn began dating Joe, who had at that point retired from the New York Yankees. They married in early 1954, but the relationship started falling apart by the fall of that year. He was reportedly furious about her famous Seven Year Itch subway-grate photo, and there were also rumors that he was abusive. Their divorce was finalized in 1955.

Some eight months after costarring on Broadway together, Audrey and Mel tied the knot in Switzerland and starred in the film version of War and Peace the following year. The couple enjoyed a 14-year marriage that included a son, Sean Hepburn Ferrer.

Debbie was a Hollywood sweetheart who’d appeared in Singin’ in the Rain; Eddie was a beloved singer and actor. They married in 1955, but divorced in 1959 after Eddie’s very public affair with Liz Taylor.

At 26, Grace traded in the glitzy world of Hollywood for the life of a princess when she married Prince Rainier III of Monaco in 1956 in the “wedding of the century.” The bride’s lavish wedding gown included a pearl-encrusted prayer book that was embedded into the dress, because #royals.

Not long after a studio-arranged date between 18-year-old Natalie and 26-year-old Robert, the pair tied the knot in 1957. They split after four years and later reconciled and remarried in 1972. Tragically, Natalie’s life was cut short after a mysterious drowning incident in 1981—and Robert was named a person of interest in her death in February 2018.

Fourth time’s the charm! Joan wed her fourth (and final) husband, Alfred, the CEO of Pepsi-Cola Company, in a 1955 Vegas wedding. In sunny black-and-white photos from 1958, the couple looked to be enjoying a happy, glitzy California life together. Unfortunately, Alfred passed away from a heart attack the following year.

Yep, him again. While still married to Debbie Reynolds, Eddie had an affair with Liz, who was mourning the death of her third husband, Mike Todd. The couple married in 1959 after Eddie divorced Debbie, but they split in 1964 because…well, just keep going for a few more slides.

This extremely good-looking couple is why the flame emoji was invented. Mexican-American actress Maria “Movita” met Marlon in the late 1950s, and the pair wed in 1960 and went on to have two children. The flame was extinguished shortly after, however, when Marlon met and fell in love with actress Tarita Teri’ipaia.

On January 20, 1961, John and Jackie became prom king and queen (you know, president and first lady) of the United States. The pair were introduced by a mutual friend at a dinner party nearly a decade earlier and married shortly after. The couple remained together until JFK’s assassination in November 1963.

Lena and Lennie were a perfect match. Her, an electrifying stage presence as an actress and singer; he, an award-winning musical director for major Hollywood studios. Lennie became Lena’s musical director, and in 1962, Lena released two albums: Lena on the Blue Side and Lena…Lovely and Alive.

But things weren’t as they seemed—sort of. For one, they faced the challenges you’d expect interracial couples to face in the early 1960s. She later told Ebony in the magazine’s May 1980 issue, “You must know that in the beginning, I didn’t marry Lennie because I was in love with him. I respected him because he knew a lot of music and I knew that I had to learn how to sing. I callously realized that I would have to associate with a white person to get the things I wanted professionally.” That said, “I learned to love him very much. It turned out to be a perfect marriage.”

Onscreen, Anne seduced young cutie Dustin Hoffman as Mrs. Robinson in The Graduate. IRL, her love life was just as juicy: When the actress met comedic legend Mel in 1961, he was, uh, married to someone else. A year later, he was divorced, and by 1963, Anne and Mel were together, in love, and went on to be together for 41 (!) years until Anne’s death in 2005.

Remember earlier, when Liz and Eddie Fisher got divorced? It was because of this guy, who Liz met while filming Cleopatra. They began an on-set affair circa 1962, and in 1964, nine days after getting divorced from Eddie, Liz married Richard. Don’t worry—they’ll be back. 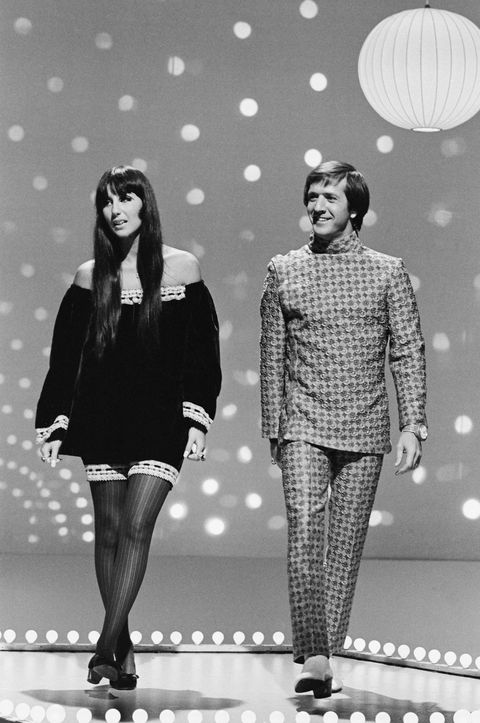 In 1965, Sonny and Cher released their anthem to true love, “I Got You Babe.” The song hit number one on the Billboard charts, so maybe, in the end, their love could pay the rent. 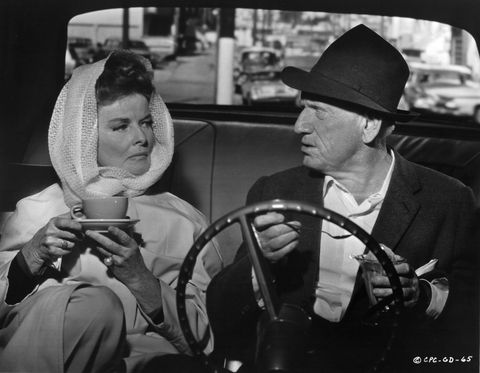 This one’s a bit controversial, because Spencer never left his wife for Katharine. Still, their crackling onscreen chemistry in an incredible list of classic films makes them one of the most famous couples of all time. Spencer died in 1967 and the pair’s last film was also released that year, the ever-important Guess Who’s Coming to Dinner?

Joanne and Paul’s 50-year relationship (until his death) is what we all strive for: On being faithful to one woman for so long, he famously said, “I have steak at home, so why should I go out for a hamburger?” 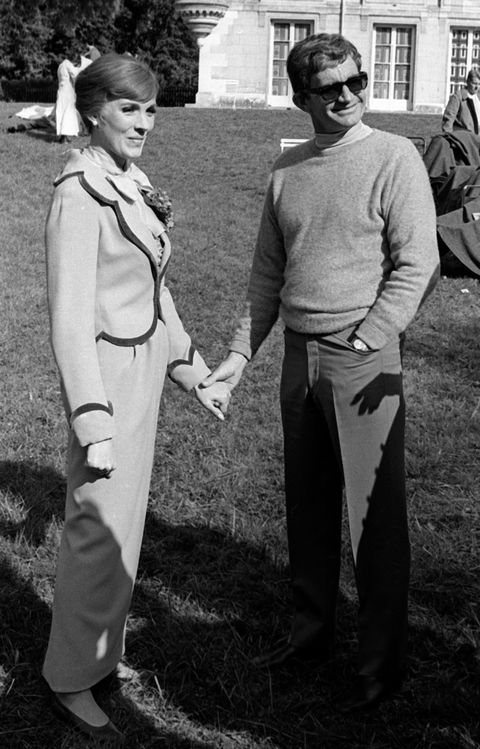 One of Hollywood’s most endearing couples, Julie and Blake filmed Darling Lili, where she was the star and he was the director, in 1968. (He was famed for directing Breakfast at Tiffany’s and she’d already hit big with The Sound of Music.) They wed the following year. 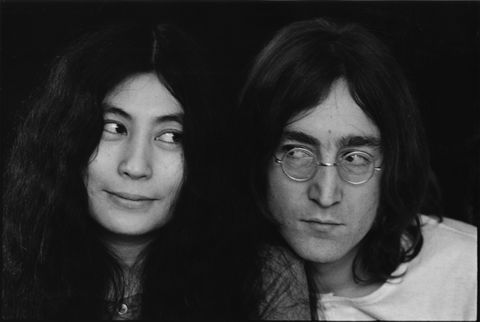 The couple used their relationship to create art and protest the Vietnam War with their Bed-Ins for Peace. For their honeymoon, they staged nonviolent protests in Amsterdam and then again in Montreal. 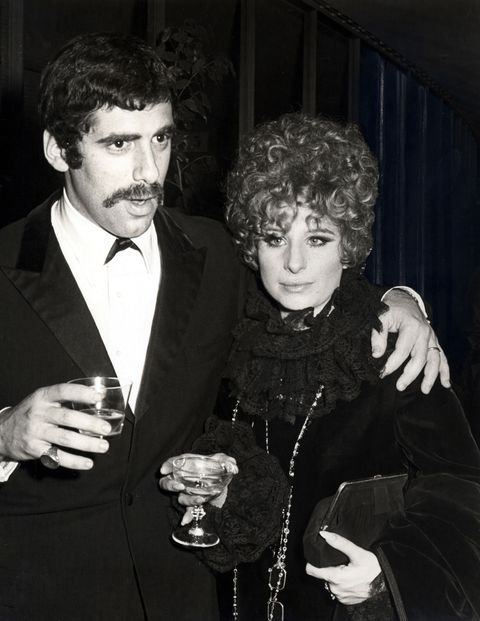 Fresh off the success of Funny Girl and Hello, Dolly!, Barbra was a bona fide star by 1970, but this was a big year for her then husband, Elliot, who starred in M.A.S.H., one of the highest-grossing movies of the decade.

In ’71, Jane and Donald starred in Klute (Jane won a Best Actress Oscar for her role) and a romance blossomed. The two protested the Vietnam War as well, putting up a touring show near military bases called F.T.A. 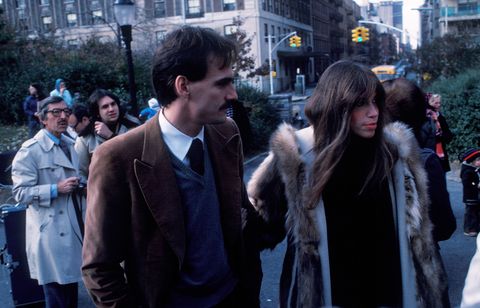 The musical duo married in ’72, and Carly also scored big with “You’re So Vain” (which wasn’t about James).

They starred in 1972’s The Getaway and were married a year later. She was known for the tearjerker Love Story and he was a Hollywood heartthrob for The Thomas Crown Affair, The Great Escape, and several other classics.

The brutally heartbreaking details of their relationship were captured in her 2014 book, Watch Me: A Memoir. For now, just marvel at this photo. 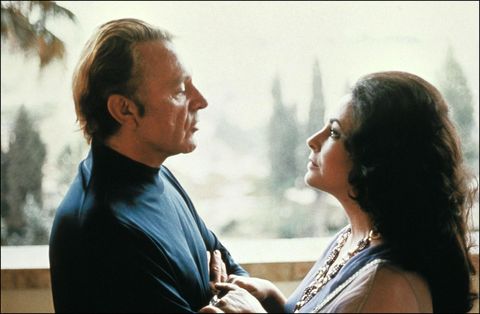 Them again! This year marked the second marriage for this tumultuous duo, who smoldered together in Cleopatra in 1963, married in 1964, and got divorced in 1974 only to get married again in ’75. Sure, it was an up-and-down relationship, but it was always interesting.

In 1973, when Lee and Farrah married, he starred in The Six Million Dollar Man. Cut to three years later when Farrah was starring in Charlie’s Angels. They’re a classic Hollywood couple, but not Farrah’s most famous pairing (because that would be Ryan O’Neal). 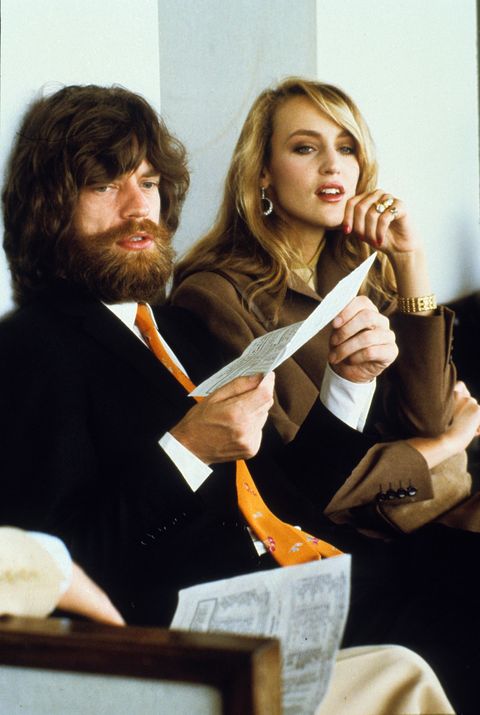 Before she was married to Rupert Murdoch (a, um, power couple that did not make the list), model Jerry was with the Rolling Stones front man, spending a good chunk of ’77 gallivanting with him around New York and Studio 54. 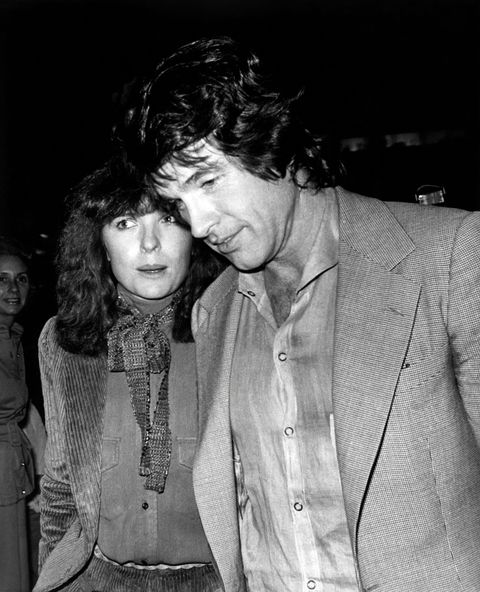 People Magazine called Diane and Warren “two of the hottest properties in films” around this time. They were quite the glamorous pair—take, for example, this other great quote from the People article: “[They’re] a neurotically private couple who have spent most of the last 10 months winging between his Beverly Hills mansion and her two-bedroom flat in Manhattan.”

In 1977, Eric released “Wonderful Tonight,” a song Pattie called the “most poignant reminder of all that was good in our relationship…” in her memoir of the same name. Although her autobiography tells a darker story of their relationship, the song captures a perfect moment. The couple was married in 1979.