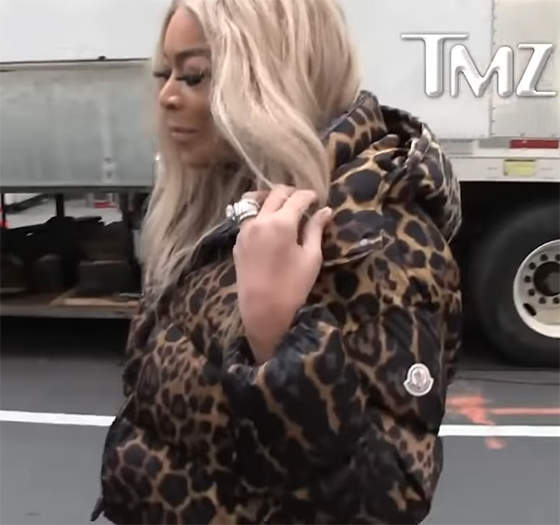 Wendy Williams life seems otherwise perfect. She gets paid tons of money to sit on a chair and talk shit about celebrities, and she gets takes two months off, works for another one month and then goes on another break. Who wouldn’t want that? I mean, minus all the behind the scenes drama, it seems wonderful. But I guess I wouldn’t want to deal with a mistress turned baby-mama, a haunted set, or a public battle with my addiction involving living in a sober house with strangers, so… win some and lose some.

It’s now being reported that after her husband, Kevin Hunter‘s side-chick gave birth, she has decided to put her ring back on and smile for the cameras for another few days before The Wendy Williams Show goes on a “previously scheduled” break.

So here’s the thing: I believe this was previously scheduled. But that’s because babies take nine months to cook, so like, you can usually schedule around one. Four weeks after coming back to TV, a rep for the show is telling Us Weekly that Wendy is going on another break. The rep said:

“The Wendy Williams Show is taking a previously scheduled spring break hiatus and airing repeat episodes during the week of April 1st. The show will return with original episodes on April 8th.”

Of course Kevin is a good dude, he gave production a heads up when his mistress, Sharina Hudson, would be giving birth to their love-child. He’s not like other cheating husbands, he’s considerate.

Despite taking her ring off recently, sparking us to think that maybe she had started to finally come to her damn senses, Wendy was seen by TMZ leaving a pilates studio and she was sure to flash her diamond various times to the cameras while talking about her “book meeting”. Not sure if it’s an autobiography-type situation or if she’s heading the Tyra Banks-route and is about to drop a YA novel all about a secret magic realm of talk show hosts with magical wigs.

Couple of things: is her pilates class above a veterinary clinic? Secondly, did you hear that guy go: “Will you be seeing the baby, Wendy?” Homegirl just sweat off her best blonde ho stroll wig in a hot pilates class that smelled like Purina and you’re going to come at her with that? And drag her ocelot-print jacket?!