Prince Harry seems to be spilling family secrets once again, this time with his tell-all memoir. The estranged royal has been quite vocal about his past and upbringing, especially how he was treated by his father, Prince Charles. In the widely-watched bombshell interview with Oprah Winfrey, Harry even said his father and his brother, Prince William, were “trapped” in the British monarchy system — an institution he bid farewell to along with Meghan Markle early in February 2020.

Much has happened in the lives of Harry and Meghan since the royal exit, including the multi-million deals with Netflix and Spotify. Now, Harry finds himself working in another medium. The duke has inked a $20 million book deal with Penguin Random House — the same publishers who paid Barack and Michelle Obama $65 million for a book deal (per Page Six). In the “heartfelt memoir” — as described by the book’s blurb — “Harry will share, for the very first time, the definitive account of the experiences, adventures, losses, and life lessons that have helped shape him.”

The more publicly docile William has largely taken a silent approach, and now royal experts think that his composure might just be his way of proving that he and Kate Middleton are largely unbothered by the anxiety around Harry. Read on to know more about what this royal expert had to say about the Cambridges. 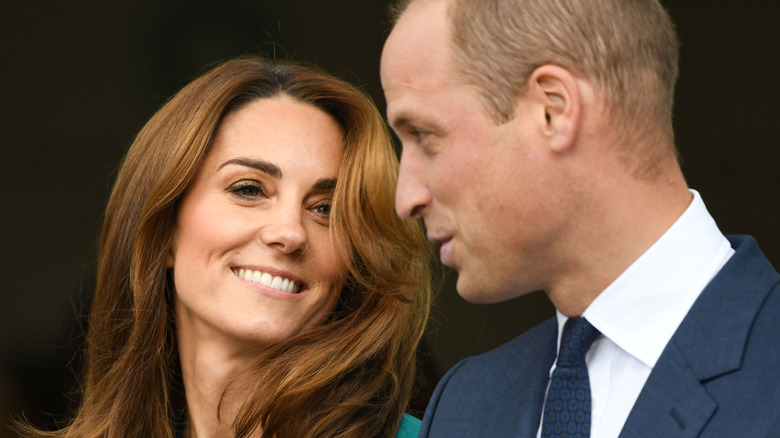 Several of Prince Harry’s public statements and allegations could be better understood with Prince William’s explanations, but that’s not something he wants to give. According to royal biographer Duncan Larcombe, author of “Prince Harry: The Inside Story,” the Duke and Duchess of Cambridge take a more silent approach and want to define things with their actions. “William and Kate have kept a dignified silence but now they’re letting their actions do the talking,” he told Closer. “It’s almost as if they’re sending a secret message to Harry and Meghan saying, ‘We’re going to keep going, we’re still here, we’re not backing down, we’re carrying on.’ It’s a message to Harry that life continues – with or without him.”

Silent approach aside, royal experts believe William has made his intentions clear. Per the Daily Mail, royal sources claim that William does not believe that he is “trapped” in the British monarchy system and that Harry’s assumptions on the same are “way off the mark.” According to the outlet, William, who’s only behind his father Charles for the throne, believes that he has accepted that “path set for him.” To each their own, perhaps.