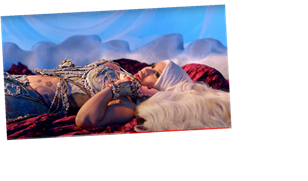 What Is Vush? The Sex Toy In Cardi B’s "Up" Video Has Fans Curious

Cardi B has a way of getting people talking, and when her new music video for "Up" arrived on Feb. 5, it was the ultimate conversation starter. The clip was chock full of steamy scenes, and like the business woman she is, Cardi included an ad in the video. After seeing the rapper show off a shiny sex toy in "Up," everyone is asking: What is Vush?