Prince Harry and Prince William may not be as close as they once were these days, but they have been coming together when they need to. For example, the brothers were seen together following their grandfather’s funeral back in April. According to AP News, Harry and William shared a chat upon leaving St. George’s Chapel on their walk back to nearby Windsor Castle. Three months later, the brothers came together for the unveiling of a statue of their late month. At the time, CNN reported that the two put on a “united front” as they appeared together in the Sunken Garden at Kensington Palace.

That event, which took place on July 1, marks the last time that Harry and William were seen together. However, it has been confirmed that the two have both agreed to participate in something else; a new documentary about Prince Philip’s life. Although it sounds fairly unlikely that the brothers filmed their segments together, Us Weekly has confirmed that both brothers will be a part of it. Keep reading for more information.

Some footage for Prince Philip's new documentary has already been filmed 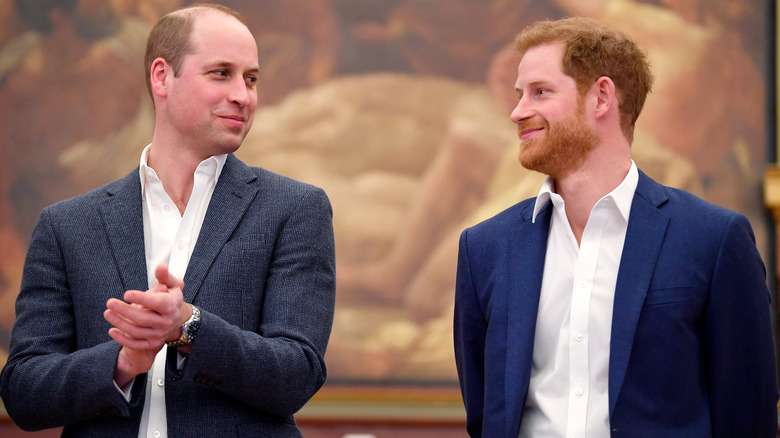 The new BBC documentary about Prince Philip’s life, which is called “Prince Philip: The Royal Family Remembers,” was announced on September 9. According to Us Weekly, both Prince Harry and Prince William are set to appear, and it sounds like they may have already filmed some portions for the upcoming program. According to Variety, the documentary was originally planned to mark Philip’s 100th birthday, which would have taken place in June. Because of this, some members of the royal family have already filmed their portions. Variety reported that there has already been footage filmed from “before and after” Philip’s death. Some of the segments were filmed at Buckingham Palace, “including the Duke’s study, private office and library,” according to the outlet.

In addition to Harry and William, Philip’s other adult grandchildren, Princess Beatrice, Princess Eugenie, Peter Phillips, and Zara Tindall, will all be featured on the documentary, as will his four children, Prince Charles, Princess Anne, Prince Edward, and Prince Andrew, according to the Daily Mail. “Prince Philip: The Royal Family Remembers” is set to air on September 22 on BBC One.