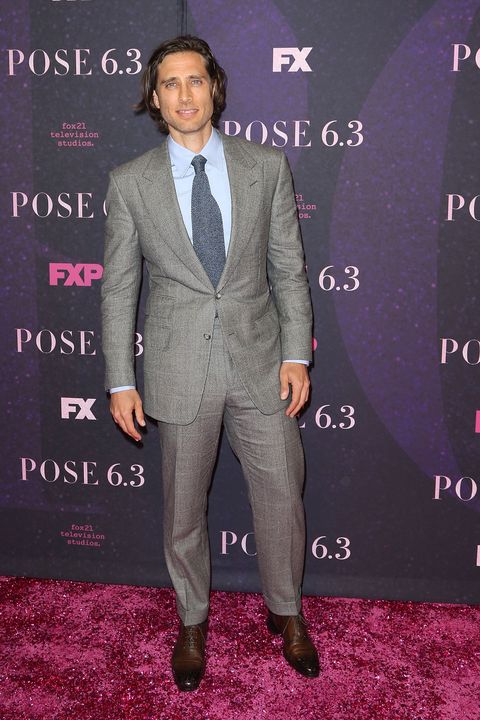 Gwyneth Paltrow is set to tie the knot with longtime love Brad Falchuk in the Hamptons this weekend.

The stars officially announced their engagement in January 2018 by releasing a statement to Good Morning America which said,”We feel incredibly lucky to have come together at this juncture in our lives when our collective successes and failures can serve as building blocks for a healthy and happy relationship.”

Following a star-studded engagement party in April 2018, which was initially thought to have doubled as a secretive wedding ceremony, Falchuk and Paltrow then planned a gorgeous September wedding in the Hamptons.

Here’s everything you need to know about the Goop founder’s new husband:

He works in television.

Falchuk got his big break working as a writer on Season 1 of Nip/Tuck with Ryan Murphy, per People. After that, Falchuk and Murphy became regular collaborators, and co-created multiple success stories together like Glee and American Horror Story. Their recent projects, Pose and American Crime Story, continue to be extremely popular with viewers.

So far, Falchuk has won two Emmys, both for his work as an executive producer on American Crime Story.

He met Paltrow on the set of Glee.

Paltrow infamously guest-starred on Glee back in 2010 as substitute teacher Holly Holliday. She went on to reprise the role several times, and it’s on the set of the show that Falchuk met the actress. Clearly, the pair hit it off, and they’ve rumored to be dating since 2014, per Hello! magazine.

He was previously married.

Much like Paltrow, Falchuk has two children from a previous marriage—son Brody and daughter Isabella. He was previously married to TV producer Suzanne Bukinik for 10 years.

He and Chris Martin are buddies.

It’s clear that Paltrow and her ex, Chris Martin of Coldplay, are still on very good terms, so much so that Falchuk has been photographed hanging out with the singer. The Coldplay frontman has also moved on to a new relationship with Dakota Johnson.

Paltrow proved just how close Falchuk and Martin are, posting a photo of them together on Instagram in November 2017, along with the caption, “Sunday brunch #modernfamily.”

Even though Falchuk doesn’t post on Instagram very much, when he does, it’s often about his love for Paltrow, which is too adorable:

When was this photo taken? 1940? ‘50? ‘70? Last summer? It’s this timeless beauty’s birthday today. She was born with endless gifts – big blue eyes, a brain and heart overflowing with curiosity, generosity and possibility and those heartbreakingly long legs that go on and on – but she never rests on any of them. Gwyneth, you are the hardest working person I know. From your first cup of coffee in the morning to your last cup of whiskey at night. From the gym to the office to homework at the kitchen table. You give us all of you, all the time. And always with a smile (well, almost always). Maybe that’s why, even though you are the best person ever, you keep getting better every year. Happy birthday, Love.