Whoopi Goldberg is sharing her side of the story. One day after getting into an argument with Jeanine Pirro on The View, the show’s cohost spoke out on air about the behind-the-scenes drama that followed.

“Unless you were under a rock yesterday, you know all about Jeanine Pirro’s appearance here on the show,” Goldberg, 62, said on Friday, July 20. “Things got hot on the air, which you expect. That happens a lot. But I want to clear up what happened afterward because she talked about it on Fox News last night and Fox and Friends this morning or The Five or whatever it is, but she seemed to leave out some key points. Because … well, she left a lot of pertinent stuff out.” 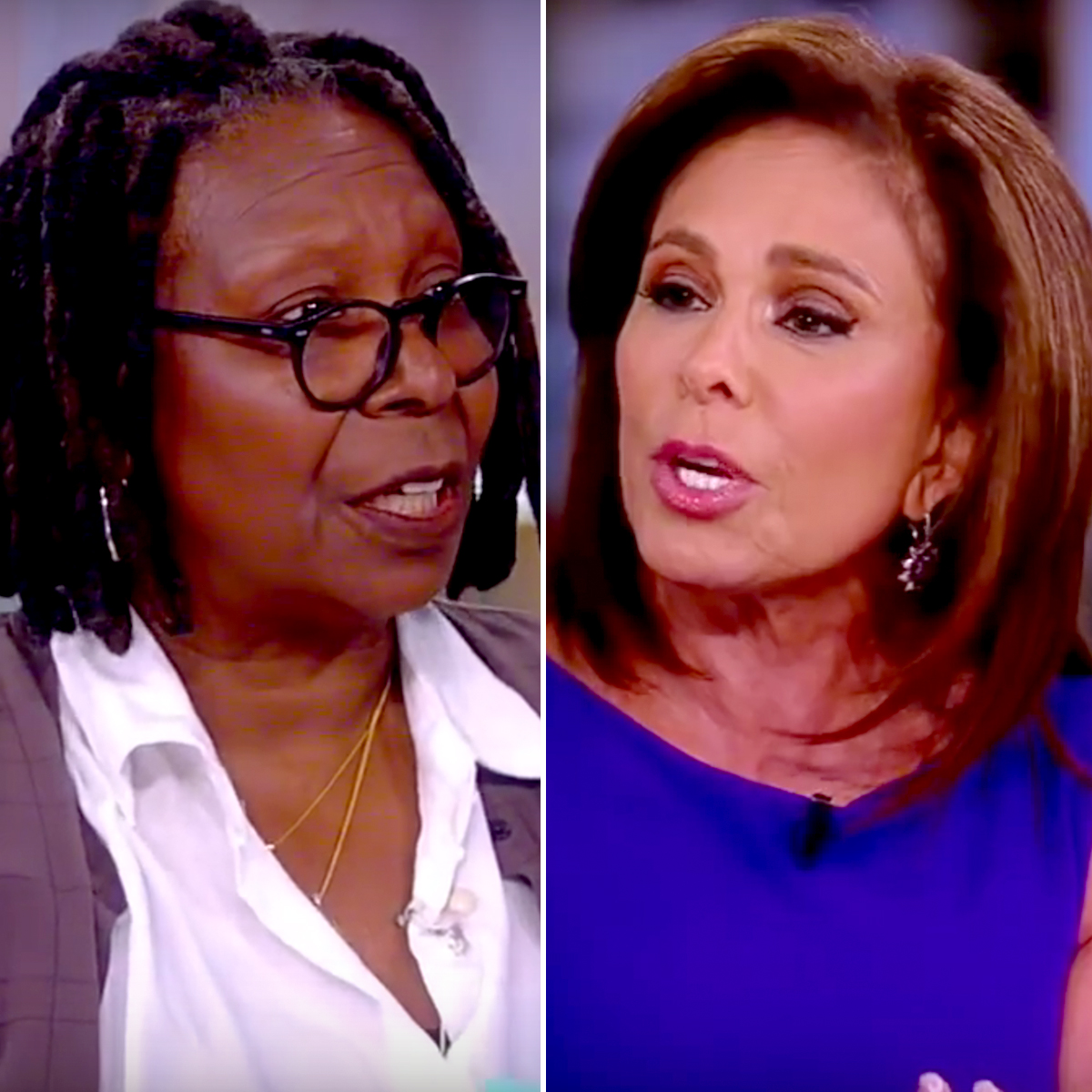 “She was upset when she got here because Ana Navarro was here instead of Joy [Behar],” Goldberg claimed. “After the segment — which ended when it was supposed to, it was not early, it was not late — she then called everybody at the table a name I cannot repeat on TV and said it in front of the audience. When I came off stage, I went over there because I was a little hot. OK? So I went to calm down. She came off [and] she could have just passed me. She didn’t need to stop, but she stopped and put her finger in my face and yelled, ‘I’ve done more for victims than you ever will.’”

The Sister Act actress acknowledged that she responded to Pirro, 67, with “a few choice words I cannot repeat,” but denied spitting on or intimidating the author. According to Goldberg, the Justice With Judge Jeanine host left the studio “cursing at the people who booked the show” as well as The View’s security team.

“I did say to her in the middle of all this: ‘You and I have never had a problem before,’” Goldberg added. “And I had to go back to work to finish the show. … We treat everybody with respect. But you cannot come and call people names, you cannot point at people and you can’t do this to people. And people who know Jeanine know exactly what I’m talking about. They know she likes to stir it up. I rarely get stirred up. I got stirred up yesterday.”

As previously reported, the Emmy winner accused Pirro of having “Trump Derangement Syndrome” on the Thursday, July 19, episode of the ABC morning talk show. Referencing President Donald Trump, Goldberg said, “I have never seen anybody whip up such hate.” Pirro responded, “You know what’s horrible? When people who shouldn’t be here end up murdering the children of American citizens!” Goldberg then instructed Pirro to “say goodbye” before the show cut to a commercial break.

Later in the segment, Goldberg apologized for lashing out. “You saw me do something I rarely do,” she said. “I very rarely lose my cool and I’m not proud of it.”