There’s growing speculation that Jackson Michie and Morgan Simianer are dating after they shared a few flirty TikTok videos! The romance buzz comes just 6 months after his split from co-star Holly Allen.

Well, this came out of left field! Big Brother‘s Jackson Michie and Cheer‘s Morgan Simianer are the subject of romance rumors after they recently teamed up for a few flirty TikTok videos. Jackson, 25, is best known for winning 2019′s season of Big Brother, while Morgan, 22, is fresh of the success of the hit Netflix docu-series.

The dating rumors kicked off around December 20, when Morgan and Jackson shared separate TikTok videos with one another to their verified accounts. In one video, posted by Jackson, the pair is seen drinking coffee, while Jackson reenacts a quote from Real Housewives of Beverly Hills star Lisa Rinna. That same day, Morgan shared a funny TikTok skit of herself asking Jackson if he was looking for a wife.

On December 21, the TikTok videos continued, with Jackson sharing a clip of the two poolside while acting out a scene from the 1989 movie Uncle Buck. He captioned the clip, “shooting your shot when they’re out of your league.”

In a third video, set to Megan Thee Stallion‘s “Girls in the Hood,” Jackson and Morgan are seen cozied up on a couch before they enjoyed a glass of wine together. Jackson captioned the video, “Sunday funday.”

It’s unclear how Morgan and Jackson met, let alone how they began hanging out together. The Netflix star and Big Brother alum have not addressed the dating buzz,  although, it’s likely this isn’t the last time we’ll see them together on social media. 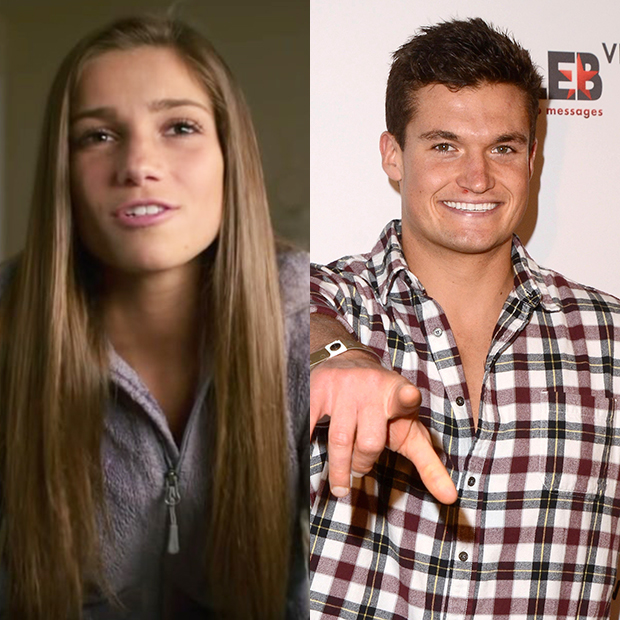 The flirty clips came just six months after Jackson split from his Big Brother co-star Holly Allen in June 2020. At the time, Jackson took to Instagram to confirm the breakup, writing in part that “life works in crazy ways.”

Jackson explained at the time, “Through the ups, the downs, the highs, and the lows … there has been one constant through it all and that’s the amazing woman standing next to me. Life has continued to work in ways neither of [us] expected, and sadly life will be taking us in different directions,” he admitted, noting that the split “isn’t because of bad actions or words, rather, two people who deeply love each other recognizing that a relationship may not be for the best.”

He went on to add that he will always “love” Holly, who will “forever hold a special place in my heart.” Jackson also shared that “neither of us wanted to share” the breakup news, however, “given the circumstances of our relationship and how things started it only seems appropriate to offer an answer once and for all.” He concluded his post by asking fans to “respect our wishes for privacy on the matter and understand that we are both going through significant life changes and monumental events in our individual lives separate from this.”

Just last month, Jackson revealed, via Instagram Story, that “poor communication” played a part in the breakup. He also explained that he wasn’t “the man I wanted to be nor should be” for Holly and that he needed “to make the hardest decision” end things. The exes met in June 2019 while competing on the CBS reality competition.