One of the most star-studded events of the year is finally here, but one of Hollywood’s favorite couples is nowhere to be seen.

No, Nick Jonas and Priyanka Chopra will not attend the 2019 Emmy Awards. It’s unclear if they were invited; neither were involved in any Emmy-nominated projects this year, but their sister-in-law, Sophie Turner, is nominated for her first Emmy, for her role on Game of Thrones.

But even if they were invited, they wouldn’t have been able to make it—Nick is busy with the Jonas Brothers’ Happiness Begins tour, and is performing at the Toyota Center in Houston, Texas tonight with brothers Joe and Kevin. This is why Turner’s husband, Joe, also couldn’t make the event.

Still, Chopra and Nic showed their support for Turner online.

“Good luck to our girl tonight,” Chopra wrote over photos of Turner on her Instagram story. “@sophiet our #Emmys nominee!!!” 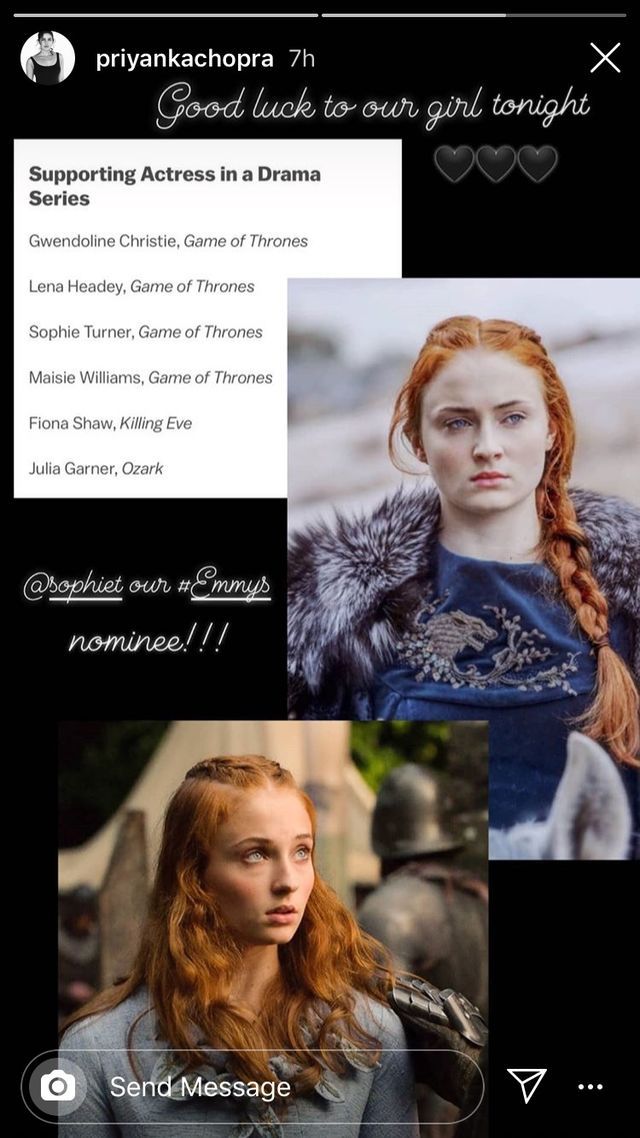 Meanwhile, Nick posted a photo of Sansa Stark’s coronation scene from the series finale of Game of Thrones. “8 seasons of brilliant work,” Nick wrote on his Instagram story. “Congrats on your Emmy nomination @sophiet. Cheering for you tonight.” 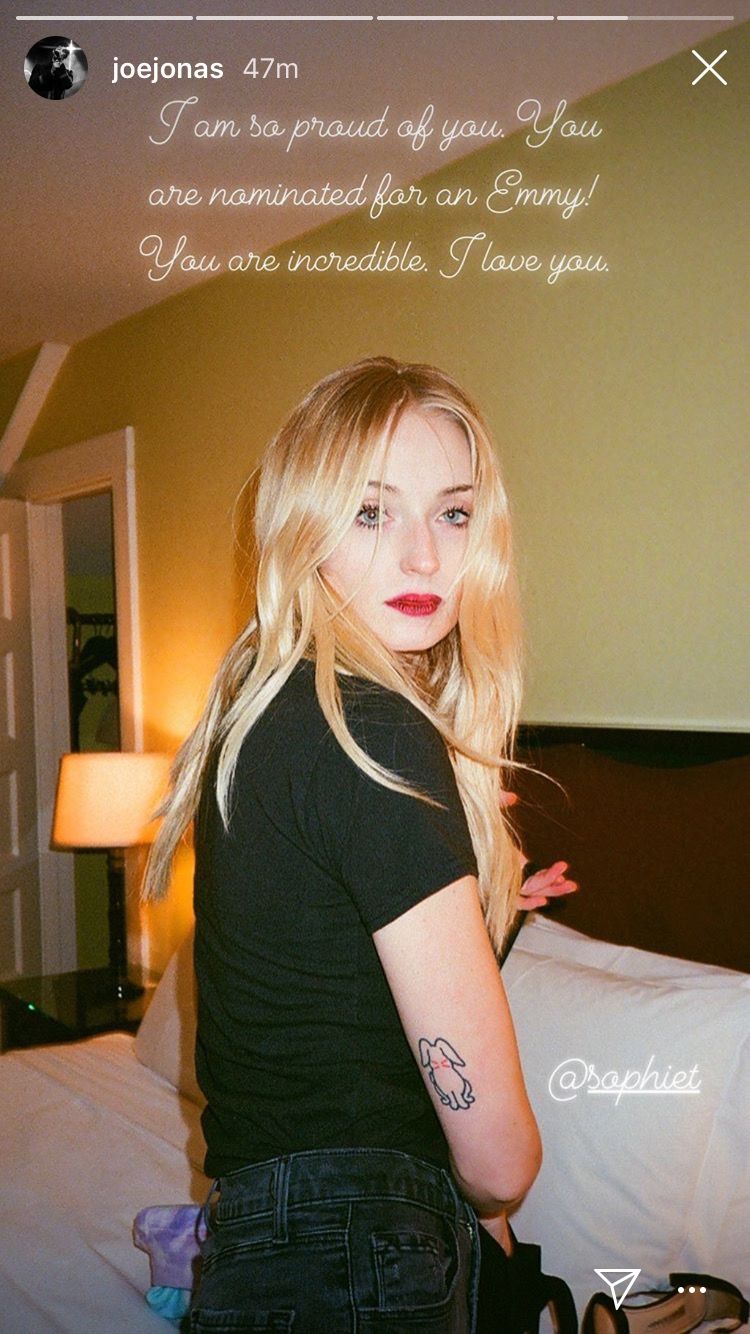 Joe also expressed his support for his wife from afar. “I am so proud of you,” he wrote on Instagram. “You are nominated for an Emmy! You are incredible. I love you.”