Todd Mayo says it was like finding buried treasure when he started The Caverns. Mayo was spelunking, excavating a cave on a plot of land he’d purchased — when he realized that the scenic space in Pelham, Tennessee could be an impressive outdoor music venue. Since its founding in 2018, The Caverns has hosted shows for the likes of The Flaming lips, Los Lobos and Steve Earle.

To bring in some revenue amid Covid-19 — live shows, on the whole, have been at a standstill since March — Mayo has recently turned to a hillside on his property adjacent to the caves and launched a series of socially distanced shows headlined by Jason Isbell. “The treasure ended up being this magical music venue. Now through all this I feel like we uncovered a whole ‘nother one. The pandemic uncovered this ‘aha!’ moment,” Mayo says.

But as successful as the Isbell shows have been, The Caverns, in addition to the handful of other U.S. venues that’ve managed to pivot to socially distanced outdoor shows since the pandemic began, now has to deal with a new looming threat: winter. 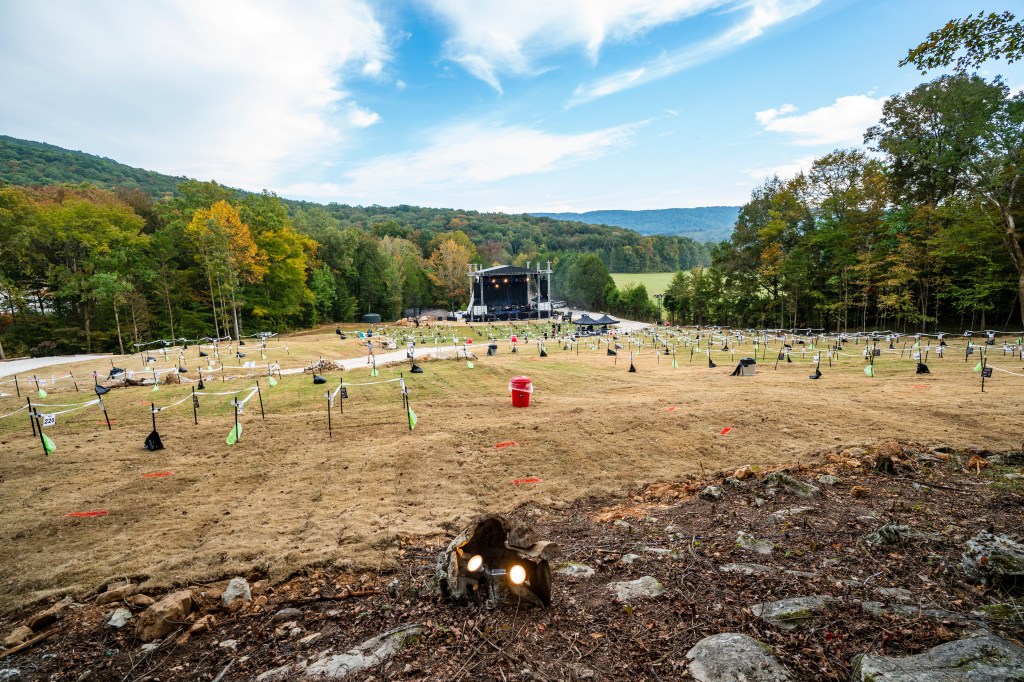 Frigid, dark months mean outdoor shows get wiped off the table. And ticket revenue was already unsustainably low for drive-ins and small shows. With limited access to talent, low audience capacity, and debts to pay, venue operators already faced difficulty across the board setting up Covid-era shows — but they had to give it a shot, in order to keep their businesses afloat.

White America: What More Can You Possibly Ask of Us?

The Tupelo Music Hall in Derry, New Hampshire, one of the first venues in the country to adopt the drive-in model, pulled off a profitable summer season through its drive-ins. It still wasn’t nearly as lucrative as a usual show for the 700-person capacity venue, but it was a rare victory for venues in a dire economic situation.

“We are the dodo bird in this industry,” says Tupelo Music Hall owner Scott Hayward regarding his venue’s success with the shift. “It’s extremely rare for anyone to be making any money, but we hit it early, we got lucky. We own the building, we’re in an industrial park where noise isn’t a concern, and I had a big enough parking lot that we could do outdoor shows.”

Tupelo has put on over 100 drive-in shows, and did well enough for Hayward to hire back all 38 of his staffers to work the venue. But as the cold Northeastern winter approaches, those shows are stopping past November, and Tupelo will be holding small socially distanced shows inside after that. Local ordinances are allowing 175 people for the venue, but shows will be capped 130.

It’s nearly impossible for such limited capacity shows to make money; an 80% filled show may not even break even, some venues say. But Hayward says the tiny indoor shows could help pay some bills and keep staff employed. Outdoor shows are out of the question because of the impracticability to be able to keep artists and audiences warm.

“I’ve seen it snow here before Halloween. You can’t expect someone to play guitar in that weather, and I’m not interested in putting on shows with people stuck in their cars,” he says.

Hayward may get some more help soon: New Hampshire launched a new $12 million grant program for its venues earlier this week, giving up to $1.5 million to facilities in need.

But a vast majority of smaller independent venues are relying on additional federal aid to avoid permanently shutting down, and while such provisions are included in the latest iteration of a follow-up stimulus package, President Trump said earlier this month that he wouldn’t negotiate on the package until after he potentially wins the presidential election in November.

The National Independent Venue Association (NIVA), which has been pushing for increased federal aid for concert spaces since April, recently issued a statement urging the government to get a package together: “This is real. We need help. We urge Congress and the White House to continue negotiations and reach a deal quickly or there will be a mass collapse of this industry,” NIVA said.

Mayo, the Caverns owner, has a model that can financially scale: His shows allow for about as many attendees as an indoor show, holding 1,000 concert-goers separated in socially distanced pods, with tickets selling for $125 each. Post-pandemic, he hopes to maintain the concept with a 3,000-seat amphitheater-style experience.

But the timing is bittersweet. Mayo went most of the summer before determining such shows could work, and the weather is now against him. Isbell’s shows saw some rain, and the Caverns had to move the Saturday show up a few hours to avoid the inclement weather. Mayo says he’s considering two more potential concert series toward Halloween and November, but as the weather worsens in the coming months, Mayo will soon have to pack up the outdoor shows and hope to revisit the concept when it warms up again. But he isn’t sure the business can hold out until them.

“We’re like economic cannon fodder on the front lines. It’s like looking through an hourglass but instead of sand falling, it’s money.” — Todd Mayo, Caverns owner

“We don’t have the capital to withstand a prolonged siege,” Mayo says. “I’m going bald and my hair’s getting a bit grayer. We’re like economic cannon fodder on the front lines. It’s like looking through an hourglass but instead of sand falling, it’s money. But it’s nice to have some hope and to see the big picture with [the outdoor shows]. We’re trying to see the positives of what can come next.”

The Green Mill, a historic Jazz club in Chicago, similarly started outdoor gigs late into the summer. Even setting up an official outdoor show was complicated, so longtime owner Dave Jemilo — a straight-talker with a strong, distinct Chicago accent — had to think outside the box. He got a license to start seating customers outside for drinks, partnered with the Mexican restaurant next door to serve food. Bands performed inside, with the building’s floor-to-ceiling windows open so customers could see and hear from a safe distance. The bands were making money from tips and Jemilo was earning enough from alcohol sales to pay a small crew of a waitress and bartender.

“If we’d started in June or July, man we’d be cranking,” Jemilo says. “We can only have so many people, but we made a really nice scene. People were taking pictures, there were videos going all over the internet. People loved it. And the fans were generous, they’d drop twenties, singles, whatever they had, and just from tips alone the bands did great. My waitress and bartender did great too. Business-wise, maybe I broke even. Did I lose a little bit? That’s better than losing a lot.”

Of course, as the city gets closer to its notoriously cold winters, those shows will stop. Jemilo has a permit for his outdoor seating until November 30th. He’ll shift to low-capacity indoor shows and bring back cover charges.

He also is keen to explore livestreaming. Grammy-winning jazz singer Kurt Elling, a Chicago resident, had approached Jemilo early on in the pandemic about hosting livestreams. Jemilo, a 30-year live music veteran, was apprehensive at first. “I’m an old fucker, I like old school shit,” he says.

But after The Green Mill had to stay closed nearly all summer, Jemilo gave in — inviting Elling and his manager Bryan Ferina to his home, where they figured out the logistics for the streams over a few cans of Schlitz. Elling’s first paid livestream was profitable and promising, and Green Mill will be hosting several more. 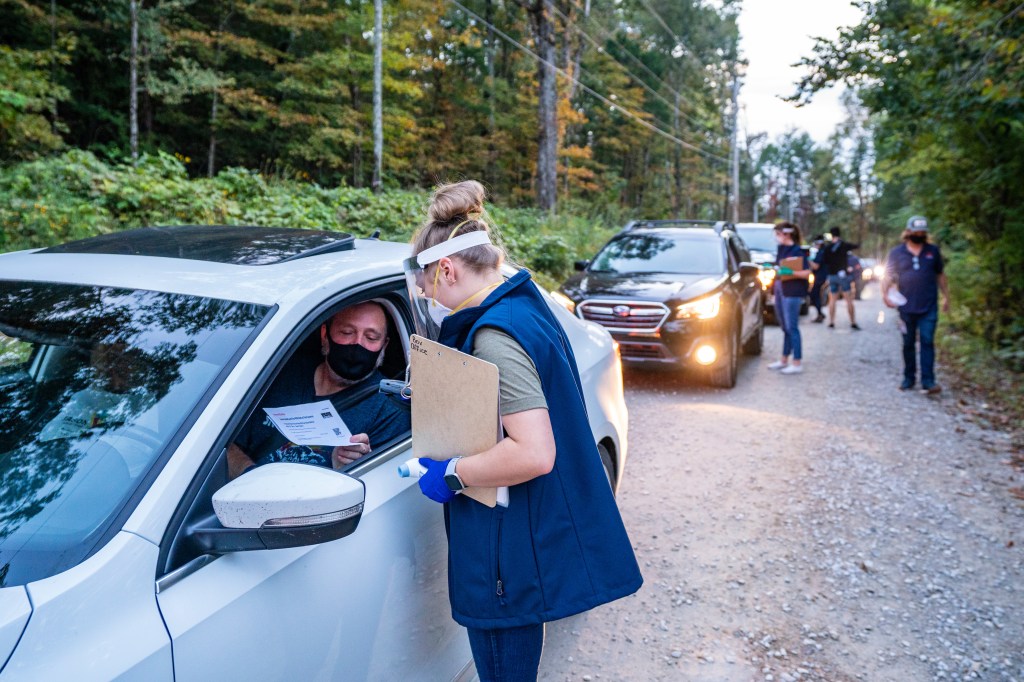 Jemilo isn’t out of the woods. He’s eating through his long accrued savings to keep the beloved venue alive, and he doesn’t know how long he should keep trying before turning it in.

“I don’t know man, I’ve had the joint so long and I save money, I don’t blow money on stupid stuff, but it’s my retirement savings I’m using to keep the place open… How do we go to next May like this? We’re just limping along, holding by our fingernails by a fucking cliff.” — Dave Jemilo, Green Mill owner

“I don’t know man, I’ve had the joint so long and I save money, I don’t blow money on stupid stuff, but it’s my retirement savings I’m using to keep the place open,” Jemilo says. “It’s fucked up, but this is my life. I could retire, but I don’t want that either, this is a great gig. How long is it going to be? Will it be next May? How do we go to next May like this? We’re just limping along, holding by our fingernails by a fucking cliff.”

Of the venue operators that spoke with Rolling Stone, only the operators of the Beachland Ballroom and Tavern in Cleveland, Ohio are thinking of forging on with outdoor winter shows. The ballroom is mulling a winter music festival. Such a show isn’t unheard of in Cleveland — the city plays host for the outdoor Brite Winter Music & Arts Festival each year downtown — but the Beachland faces hefty costs, an unsure estimate of how many fans will come, and no easy way of trapping heat in a tented area without making it safe from infectious disease spread. Pulling off such a festival is little more than an idea right now.

Beachland, best known for hosting the Black Keys’ first show, has been “throwing as many darts at the board as we can to see what sticks,” the venue’s talent buyer James Carol says.

In the pandemic era, Beachland hired a new chef to stay afloat, launching pop-up food events with trendy eats, despite never having been a full-fledged restaurant before. Beachland finds itself competing with small mom-and-pop restaurants and bars in the area — a stark contrast to the symbiotic relationship they had before, where they boosted each other’s sales.

In the latter half of the summer, Beachland took to “pop-up” outdoor shows that, as expected, weren’t always profitable but brought in some cash. Because of city ordinances, those started as just food events before Cleveland budged in August, and Beachland has since brought out a couple bands and several DJs for the events. Beachland is hosting its first indoor supperclub-style show on October 24th, with four more of those booked through November. Beachland will likely drop the pop-up events sometime in November.

Beachland’s sold a good amount of merchandise, and Carol notes that Black Keys drummer Patrick Carney has donated to the venue. But philanthropy only goes so far, he says. Losing March-May and September-November wiped out the venue’s six most profitable months, which usually carry the entire rest of the year. Carol voices an alarm that’s been expressed by thousands of other independent venue workers: Without federal aid, closure is almost unavoidable.

“If we don’t get any real assistance, there’s no way we can survive past February,” Carol says. If we don’t have some home runs with these ideas, it’s going to be tough in December, January and February — those are the months that keep me up at night.”