World’s first iron bridge gets original colour back after restoration

World’s first iron bridge gets its original dark red-brown colour back thanks to a £3.6million restoration project

For years it has been a metallic blue-grey colour. But now the world’s first major iron bridge is to be restored to its original dark red-brown hue.

The Iron Bridge in Shropshire – which was a turning point in engineering when built in 1779 – is to be repainted as part of a £3.6million conservation project.

A team of six painters will use 2,400 litres of paint to coat every cast-iron rib, radial and brace in the 100ft span. 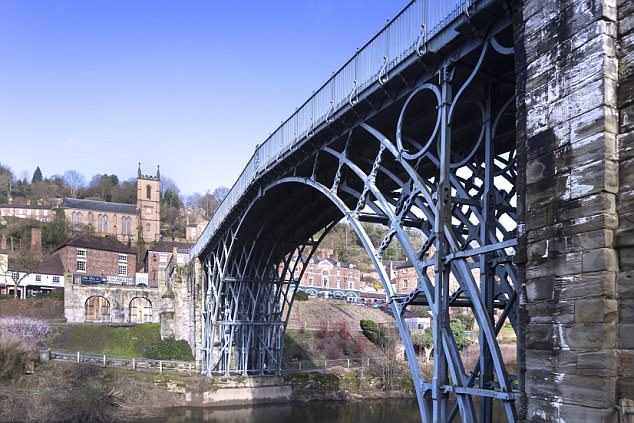 English Heritage took advantage of the enormous scaffolding currently covering the bridge to undertake detailed research into its former colour, discovering samples of the earliest paintwork.

Analysis revealed that the cast iron was originally covered in a very dark red-brown lead-based oil paint.The bridge, which opened to traffic in 1781, was built across the Severn to help the growing local iron-smelting industry.

Abraham Darby had pioneered the smelting of iron using coke in 1709 in Coalbrookdale. His process would be a catalyst for the Industrial Revolution.

His grandson Abraham Darby III was commissioned to cast the iron for the bridge and build it.

It gave its name to the nearby town of Ironbridge and subsequently cast iron came to be widely used in the construction of bridges, aqueducts and buildings.

English Heritage describes the Iron Bridge as ‘the great-great-grandfather of today’s railways and skyscrapers’. 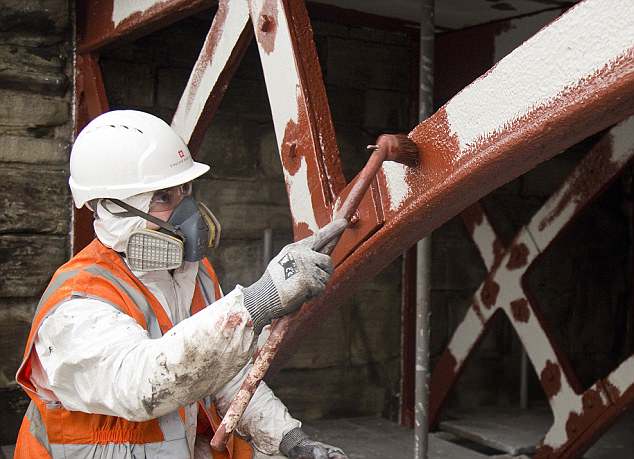 Its senior property curator, Dr Heather Sebire, said yesterday: ‘While the bridge is covered in scaffolding, visitors will be able to see it up close and personal via our public walkway, and watch our team of painters transform this revolutionary structure to its original red-brown.

‘And of course, when the scaffolding comes down at the end of the year, we’ll reveal one of the most important bridges in the world, in all its glory.’

In recent years, English Heritage became concerned that the structure was under threat of cracking as a result of stress in the original ironwork, ground movement and an earthquake in the 19th century