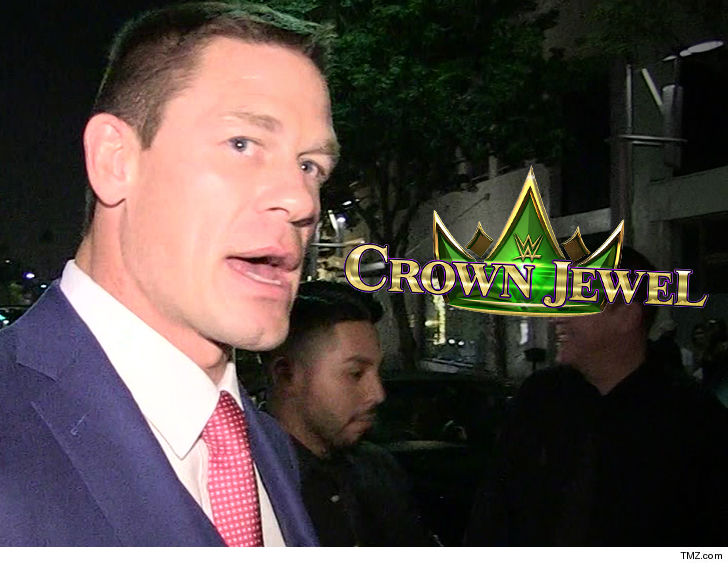 It’s official, John Cena will NOT be a part of WWE’s “Crown Jewel” pay-per-view event in Saudi Arabia this weekend … with WWE writing in another wrestler to take his place.

Cena reportedly refused to go to Saudi Arabia because of the controversy surrounding the murder of former Washington Post columnist Jamal Khashoggi at the Saudi consulate in Turkey.

Several politicians and powerful business people called for WWE to postpone the show while investigators looked into the Saudi government’s role in Khashoggi’s killing, but the wrestling org. announced it would proceed with the event as planned.

WWE and Cena seemed to be at loggerheads — so, on “Monday Night Raw,” it was finally announced Cena was off the card and will be replaced in the WWE World Cup tournament by pro wrestling star Bobby Lashley.

Cena has not issued an official statement yet. “Crown Jewel” will go down on Friday in Riyadh.

Cena has participated in a Saudi Arabia event in the past — back in April, he wrestled Triple H and thanked the locals for their hospitality.