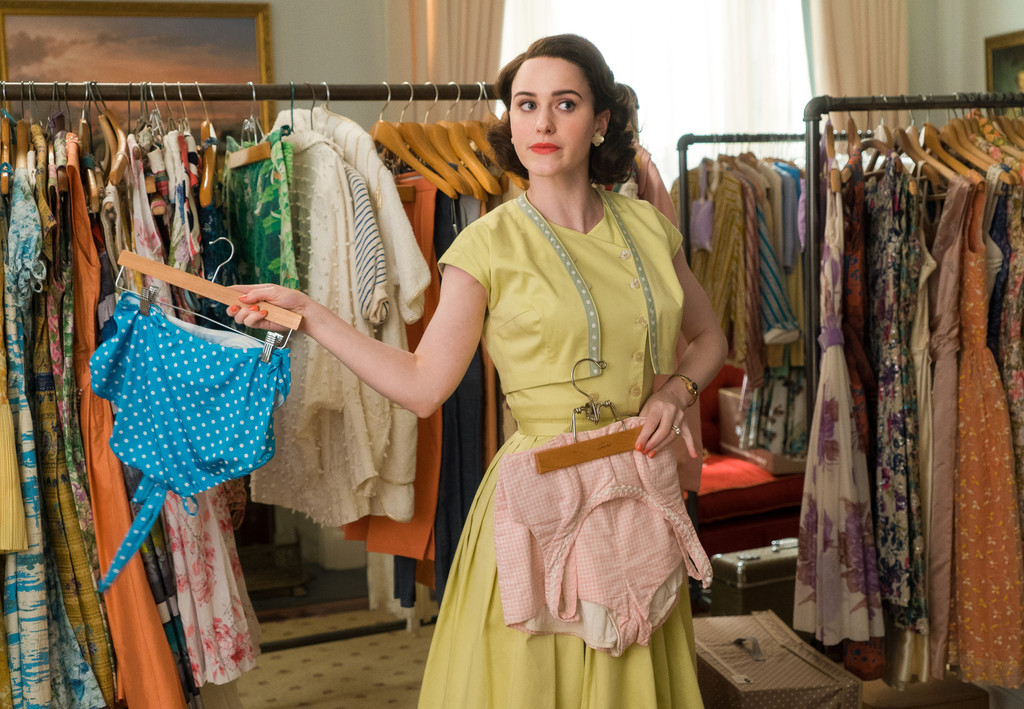 When it comes to being best dressed on-screen and off, look no further than Rachel Brosnahan.

As the award-winning actress behind Amazon’s hit ’50s housewife-turned-comedian, Miriam “Midge” Maisel, Brosnahan has not only brought one of TV’s most beloved characters to life, but also one of its most stylish.

From the chic suit sets to the vibrant jackets, the colorful pillbox hats to the classic black cocktail dress and pearls, Mrs. Maisel’s wardrobe has practically become its own character in the hit Amazon series—and a fabulous one at that.

And when Brosnahan isn’t dressing up as Midge, she’s busy bringing her own stylish flair to the red carpet. Whether in Erdem or Dior, the star has flourished as a fashionista Maisel would be proud to know.

Whether she’s decked in florals or accessorizing with bows, we can’t help but think Midge would even want to borrow some of the actress’ outfits.

And, with the 2019 Emmys just days away, we bet this year’s Outstanding Lead Actress in a Comedy Series nominee has yet another marvelous outfit up her very sophisticated sleeves.

While we wait for the sartorial debut on Sunday night, revisit all of Brosnahan’s best looks below! 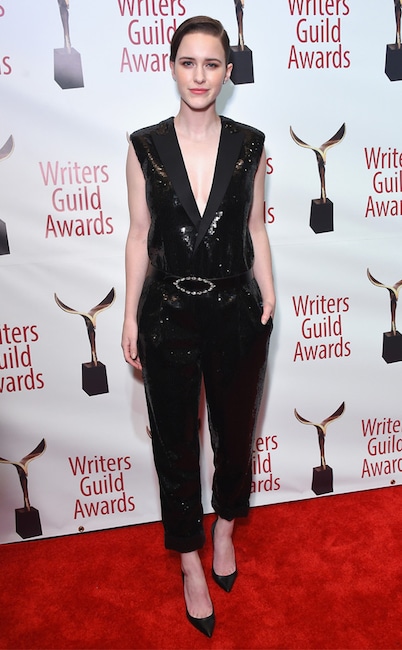 She dazzled on the 2018 Writers Guild Awards red carpet in a black sequin jumpsuit. 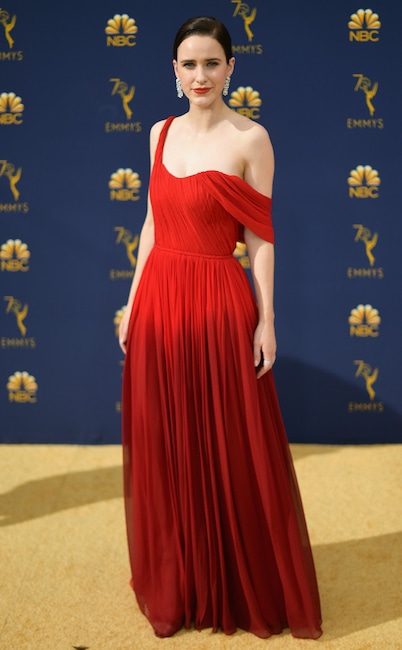 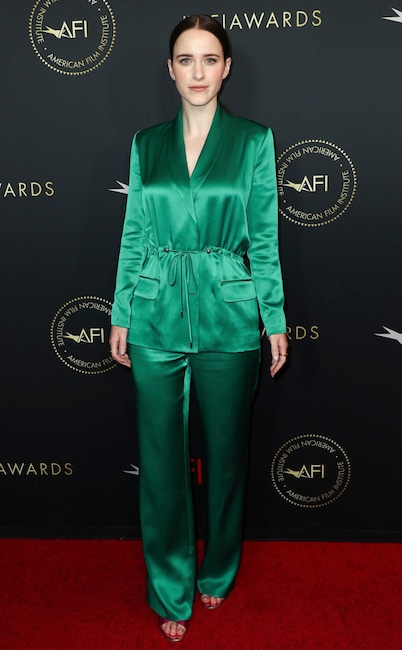 The star popped on the red carpet in an emerald suit ensemble. 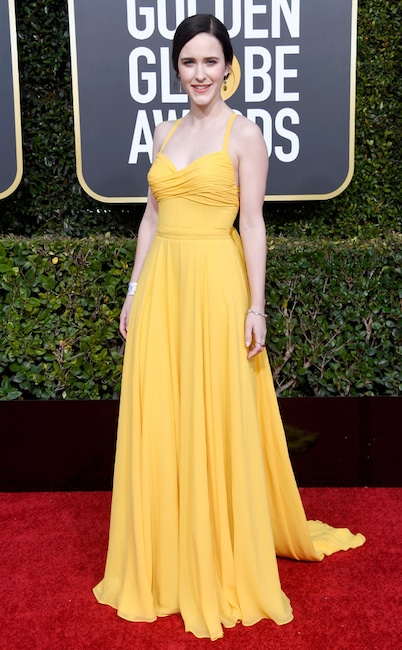 The star arrived in a yellow Prada gown and went home with a Golden Globe. 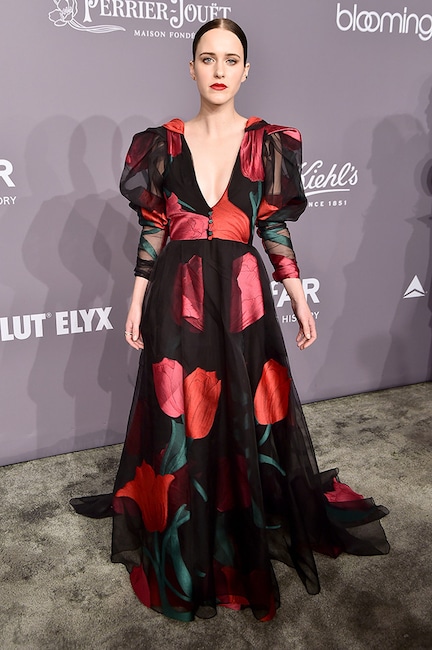 The actress made a colorful splash on the carpet at the 2018 amfAR Gala in New York with this standout Carolina Herrera gown. 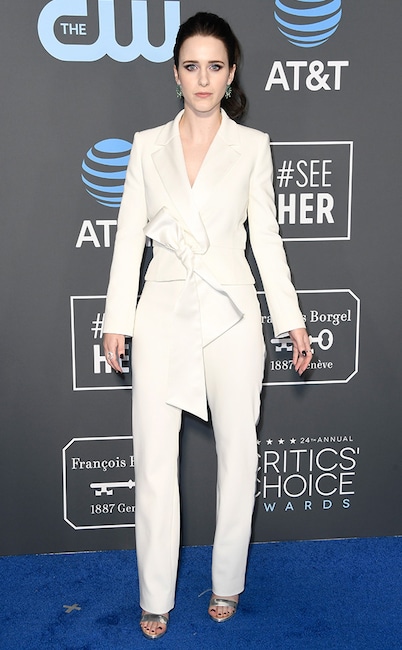 There are fewer things as classic as a chic white suit. 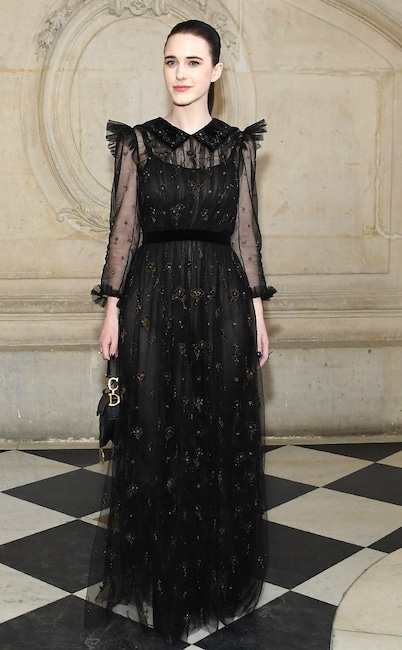 The star put her most fashionable foot forward at the brand’s spring-summer 2019 show in Paris. 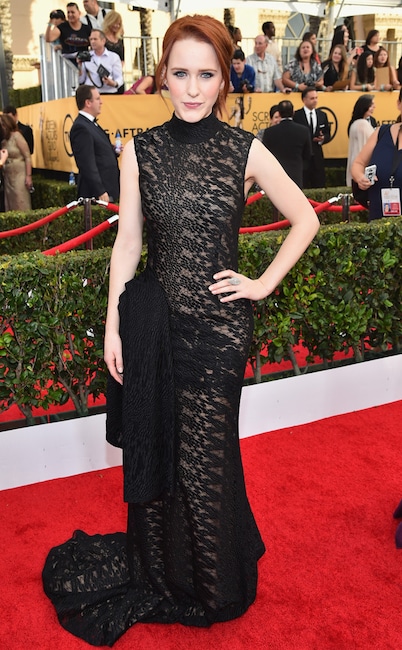 For her first time at the SAG Awards in 2015, the first-time nominee stuck to classic black with a sheer twist. 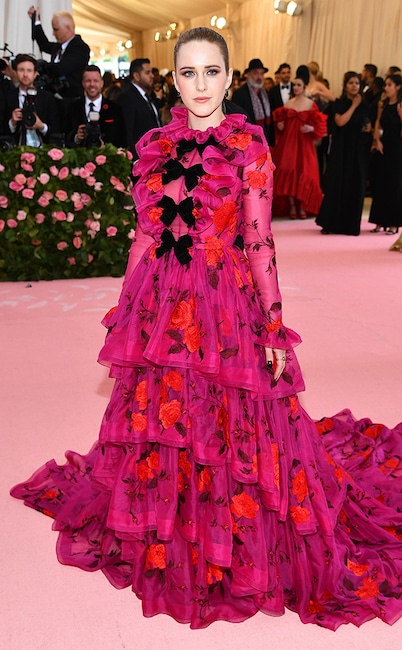 The star made a floral splash in Erdem at the 2019 Met Gala. 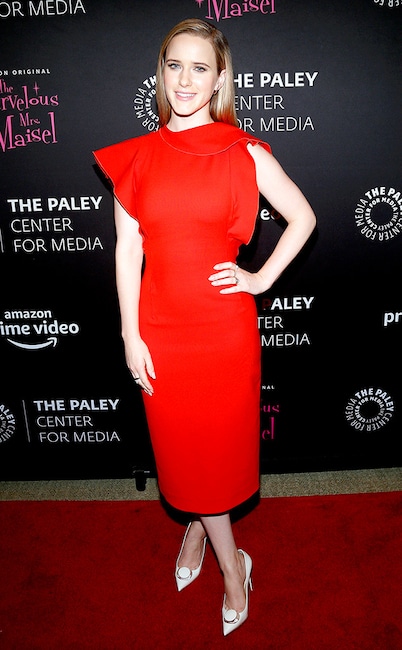 The star was ready for the red carpet in this colorful sheath. 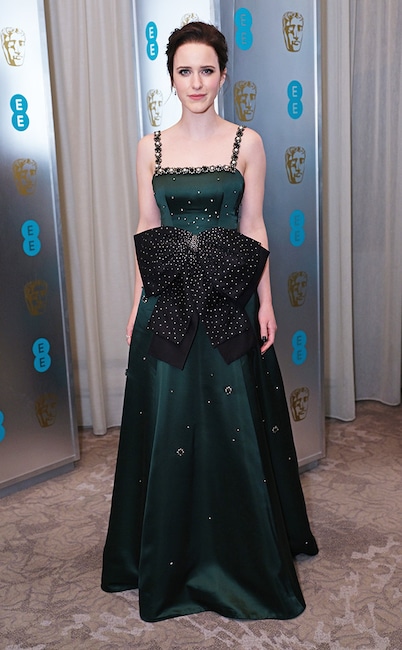 Tied With a Bow

Brosnahan channelled old Hollywood glamour in Erdem at the 2019 BAFTAs. 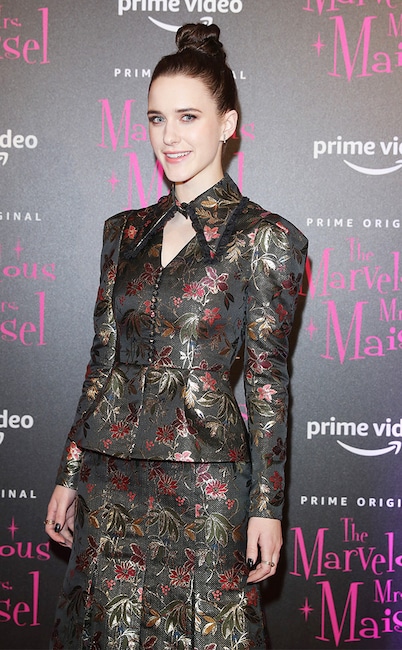 Classic with a twist, this ensemble was the perfect choice for the premiere of Marvelous Mrs. Maisel‘s second scene in Milan. 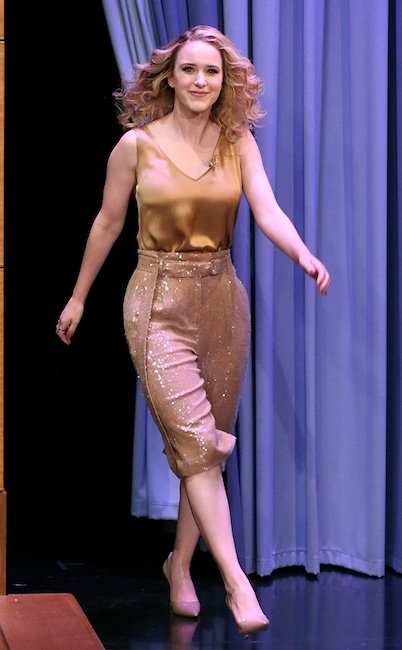 The actress shimmered on the Tonight Show star in a sequin champagne skirt and matching top. 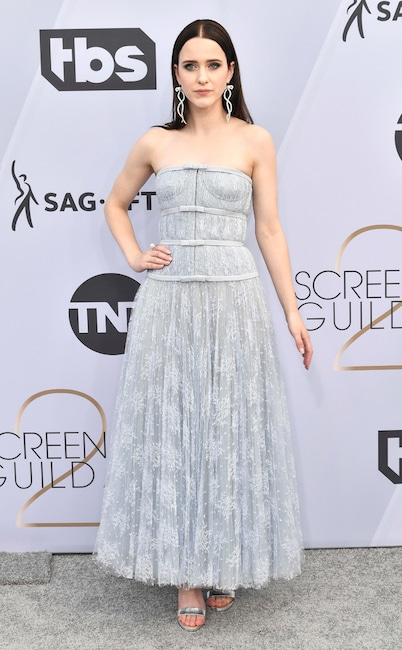 Dolled Up in Dior

Brosnahan dressed to impress in a Christian Dior Haute Couture strapless dress embellished with bows at the bust and accented with complimentary bow earrings. 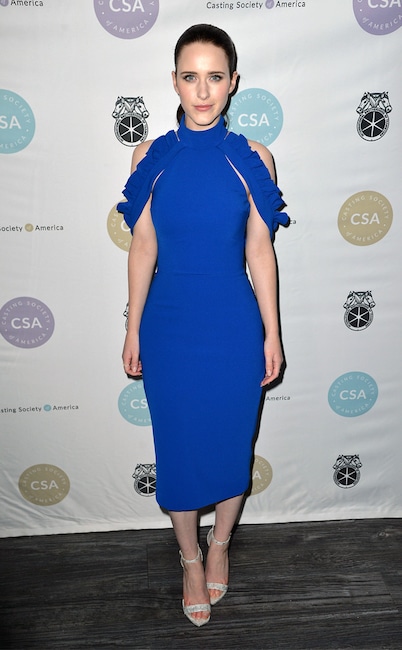 Belle of the Blue

The actress opted for a bold blue design with a ruffled neckline by Christian Siriano at the 2019 Artios Awards. 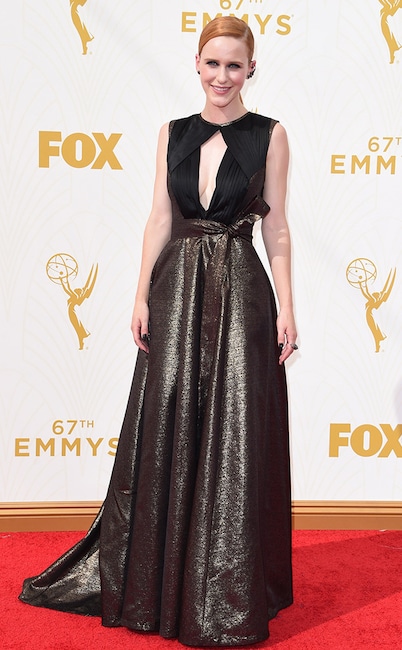 At the 2015 Emmys, the future winner donned a black and bronze gown with a plunging peekaboo neckline.