Once upon a time, you had classes on a campus far from your parents and partied in frat basements and thought about grad school. Now, you’re standing in your childhood bathroom dripping purple hair dye on the floor, and your mom wants to know why you’re wearing a dog collar.

Chances are that you didn’t pull this look out of your own brain but rather from your TikTok For You page where the egirl aesthetic — the trend where you dye the front two pieces of your hair neon colors and wear BDSM-inspired accessories — has taken over. Or maybe that’s not your vibe. Maybe you’re more into cottagecore, and between crying to every song on Taylor Swift’s Evermore, you dream of joining the women in long braids collecting frog figurines, making daisy chains, and frolicking through small gardens hand in hand with their girlfriends. If you’re someone who introduces yourself with your Hogwarts House, you’ve probably already lost yourself in the mysteriousness of dark academia, watching Draco Malfoy video edits and imagining yourself in the stacks of a gothic library, slouchy sweater tucked into plaid pants, thumbing through Donna Tartt’s The Secret History.

2020 has been… a lot, but few generations were as equipped to entertain themselves in their bedrooms on the internet as Gen Z. Through a handful of viral fashion aesthetics and the sprawling TikTok communities they’ve spawned, young adults have not only perfected the art of TikTok cosplay, they found ways to escape the monotony of the pandemic present that happened to express what they miss most: security, safe rebellion, or the possibility that something — anything — could happen.

"2020 has thrown us all for a loop. I know of much older adults who have seen a lot in life and are still struggling, so imagine what it’s like for a teenager whose life has been totally disrupted with no timeline of returning to normal," Rachel Wien, a clinical psychologist in New York City, tells Elite Daily. "Changing one’s whole look is a way to feel like there is still something exciting happening. … It disrupts the monotony that we’re experiencing now." 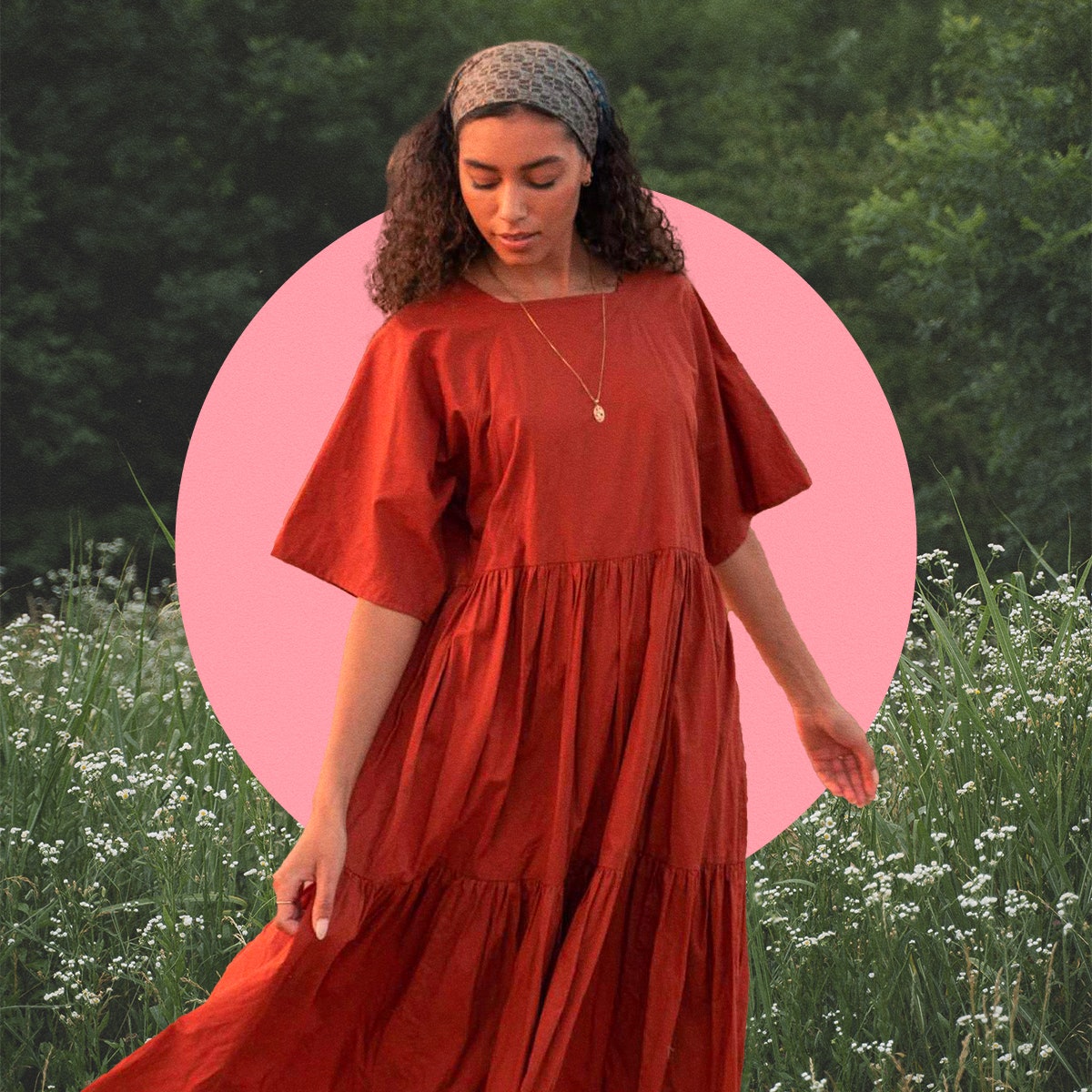 Profile: You’re thisclose to trading in your phone and shoebox apartment for a secluded cottage. You read Pride and Prejudice as self-care. You flirt by asking someone for their birth date, time, and place because you trust the universe and nature in all things but especially love, more than you trust people. And you’re probably queer.

As it began, cottagecore is an internet subculture that stems from pastoral literature’s depiction of an idyllic life free of the complications of the city in favor of pastures and peaceful wildlife. It embraces the serenity of the countryside — the simple life, sans Paris Hilton, if you will. As it exists on TikTok and Tumblr in 2020, cottagecore is largely queer women in peasant shirts and Peter Pan collars riding bikes along the river behind their childhood home, dreaming of running away to a forest with their hot lesbian wife. Mitski’s “Strawberry Blonde” or Sufjan Stevens play softly in the background.

"[Cottagecore] was kind of a way to romanticize my life in quarantine and take all of the most beautiful parts of my life and culminate them into little videos that I could share with other people," says 23-year-old TikToker Sophia Parkhurst. Since April 2020, Parkhurst has racked up more than 130,000 TikTok followers with the calming, cottagecore-themed videos she makes with her wife, Madeline, and their son.

Cottagecore predates 2020 — it’s been popular on Tumblr since 2018 — but this year, when we were all stuck inside, relating to the world via TikTok, it exploded. As of Dec. 2, 2020, the cottagecore hashtag on TikTok has garnered more than 4 billion views, while the sub-hashtag cottagecorelesbian has a not insignificant 44 million. Parkhurst, who’s obviously an English major in college, says that soon after she began posting cottagecore videos, hoards of teenagers flocked to them, enthralled by the couple’s serene life together in a small Northwestern town and wanting the same thing. They post cottagecore mood boards and videos about homesteading with the girl you love.

“I think the bucolic tradition has always been kind of homoerotic,” but for young, queer women, especially, Parkhurst says, the trend is also a way of claiming ground that historically hasn’t offered people like her much safety. “Rural landscapes are notoriously a little dangerous for LGBT people,” she says. The true LGBTQ+ fantasy of cottagecore, then, is of those wide open spaces “being somewhere safe and somewhere where you’re loved.”

Even the clothes are about reclamation. Yes, long, floral dresses, puffy sleeves, and modest necklines belong to the larger prairie trend that first showed up on runways in 2018, but Parkhurst says the way #cottagecore’s queer following has adopted these looks, which have such strong heteronormative undertones, is especially meaningful. “I think that reclaiming these looks as being for maybe a butch and a femme lesbian couple kind of radicalizes the traditional dress.” 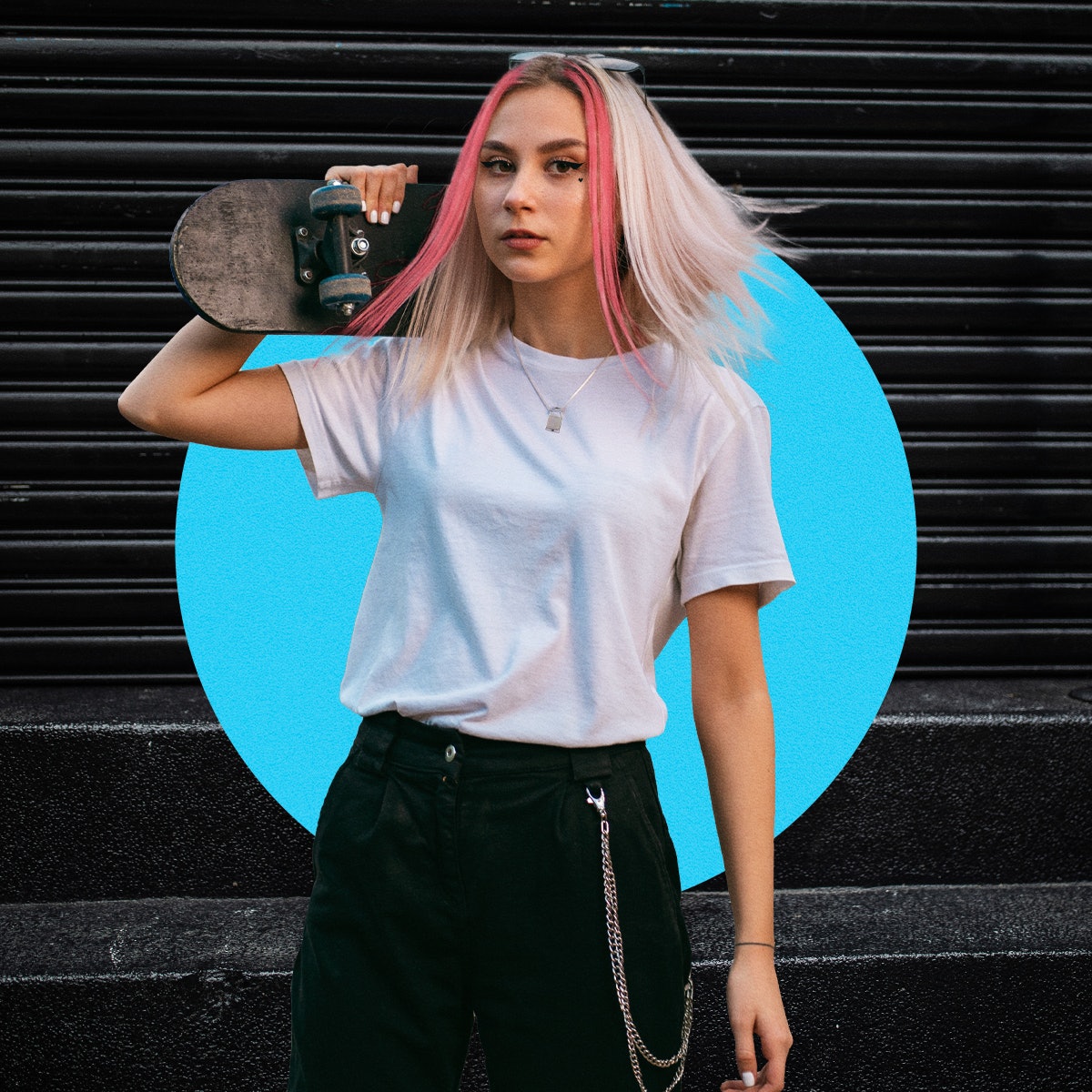 Profile: A bit of a thrill-seeker, you were probably scene in high school. Even if you weren’t, the very first G note in "The Black Parade” triggers you to this day. You’ve dyed the front two pieces or even one half of your hair a different color than the rest, muttering a silent apology to Brad Mondo in the process. If you haven’t yet shaved a slit in your eyebrow, you’re just thinking about it, you’re not gonna do it. You have a ton of leather O-ring chokers, but you’re ready for a harness.

The term "egirl" existed well before TikTok, originating as an insult that male gamers would fling at female gamers for infiltrating a male-dominated space. It first showed up on Urban Dictionary in 2009: “Call her an E girl cause she’s always after the D.” “It was like calling a girl a b*tch or a ho,” 17-year-old egirl and gamer Mel told Vice in 2017.

Now, thanks to TikTok, the egirl has gotten a rebrand. These days, she’s any young, “alternative” woman who wears chains and leather and maybe eyeliner hearts on her cheeks and has bright-colored hair. Rather than being ridiculed for their presence, 2020’s egirls are revered. Doja Cat’s egirl routine was worthy enough for a Vogue “Beauty Secrets” video. Posing in carefully curated egirl outfits has resulted in 4.9 million likes and counting for viral egirl @aeroplvnes.

If cottagecore lesbians are looking for wholesome routine, egirls want anything but that. They are bored, they have access to their entire 10th grade wardrobes, and above all, they miss being seen. “I’ve been dyeing my hair for so long and was getting bored of it, and then, I was like, ‘What if I just started doing two tones?’” says 23-year-old Margaret Blatz, an egirl and writer at Bustle Digital Group, of what made her want to delve into this aesthetic. “It was immediately exciting. There’s always something new and fun happening.”

And while probably no denizen of 2020 is shocked by chains, leather harnesses, or neon green hair, the high school nostalgia is fun, especially when performed for TikTok’s 800 million users. “It’s a maximalist way to do things,” says Blatz. “Instead of my matching loungewear sets or whatever, I can go all out and commit to something that’s more involved and colorful.” 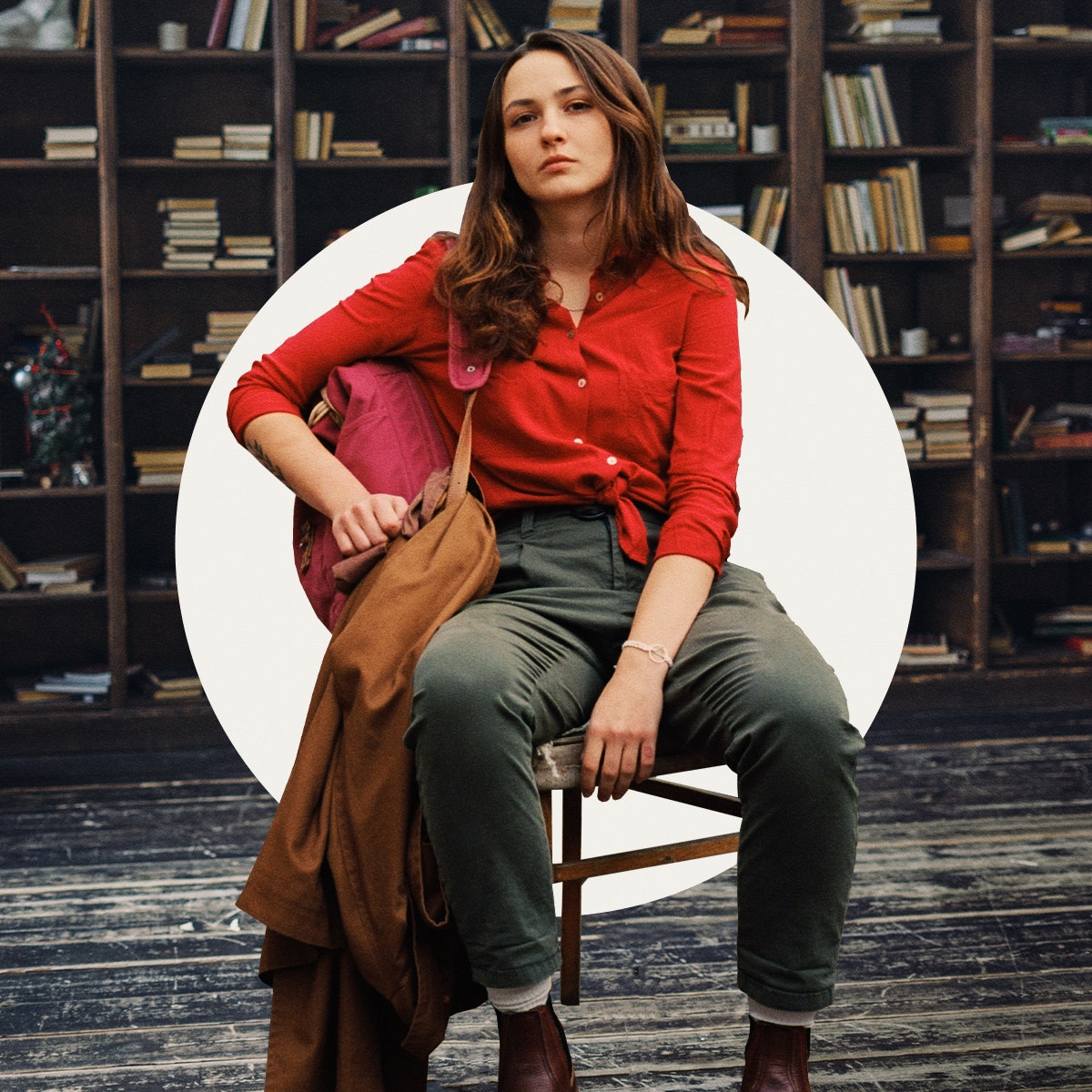 Profile: Pottermore says you’re a Ravenclaw, but you’ll argue all day about why you’re a Slytherin. People call you an old soul. You dream of being a young librarian in a damp New England town by the water, where everything feels darker. In your not that humble opinion, no book has lived up to The Picture of Dorian Gray. You lived for the mystery and drama shrouding every interaction in Harry Potter, The Order, or Chilling Adventures of Sabrina. Yup, you spend your TikTok hours in dark academia, which plucks the best parts of those high school dramas and allows you to be the main character you so desperately want to be.

Although it, too, surfaced on Tumblr in the early 2010s, the dark academia aesthetic, which students Ryan Taylor and Maria Teresa Negro reportedly introduced to Instagram in 2017, has gained more popularity over the last several months — the same months when actual schools went virtual and Harry Potter and Twilight saw an unlikely renaissance on TikTok. “I’ve been obsessed with the Harry Potter series since middle school and rekindled that love during quarantine this year,” says 21-year-old Romney Ellen, a TikToker whose dark academia videos have resulted in her 80,000 followers on the app. Ironically, a love of school is not required for people to gravitate toward dark academia; many love reading and learning but only outside of a structured school environment.

“I actually don’t go to school, so sometimes I feel major imposter syndrome when it comes to my online presence with dark academia,” Ellen says. “College was just never something easily attainable for me. … I’ve always had trouble putting my thoughts into words, so expressing myself through my clothing and interests has always been an important part of my identity,” she says. “[This aesthetic] is dark but beautiful at the same time and makes me feel safe.”

From the uniform-like wardrobe to the love of all things old, steadfast, and classic, there’s something inherently secure about this aesthetic. The clothes — slouchy sweater vests, Mary Janes, and plaid patterns — signal “being intuitive, confident, and thoughtful,” according to Ellen, much like the fictional characters who wear them. Introducing physical elements of the aesthetic into her life, she says, has given her confidence and a sense of moving forward, if only in her mind. “As much as I wish I lived in a gorgeous castle in the mountains, I am currently stuck in the suburbs,” she says. “But I’ve managed to make my room dark academia, which has definitely helped.”

The intangible safety or excitement so many find in the calm of the country, a Green Day song, or, ironically enough, at 4 Privet Drive, can come nestled in many tangible items: a floral sack dress, fingerless fishnet gloves, or a scratchy wool sweater. “Right now, we are very limited in what we are able to access physically,” says Wien. “These fashion aesthetics give us an outlet to still access those desires.” No matter your void, there exists an internet aesthetic that can fill it, if only for 15 seconds.