And while we've heard some outrageous conspiracy theories, none compare to these utterly bonkers claims. 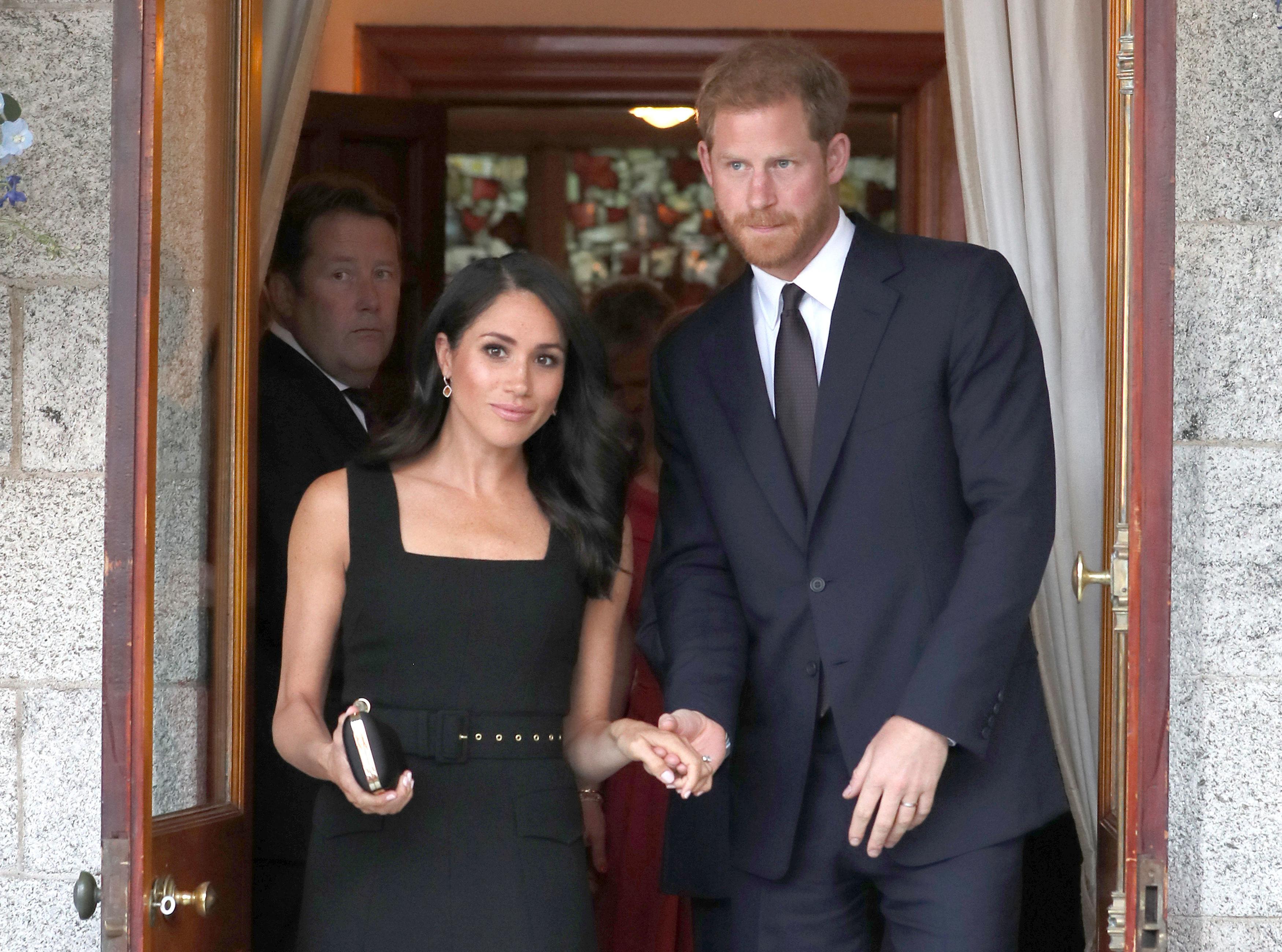 From Meghan being a robot, to Love Actually predicting their romance and (our all time favourite) that Prince Harry is in fact a shape-shifting lizard, we can't believe these ridiculous rumours actually exist…

Meghan Markle is a robot

When a video emerged of "Meghan" in the audience of Britain's Got Talent – not moving her face, eyes or lips – some fans went into meltdown. Harper's Bazaar noticed the frenzy online after the finale last month.

Sorry to disappoint, but Meghan is in fact a real, functioning human.

The "Meghan" in the audience was actually someone wearing a mask, promoting the Live Figures exhibit at London's Madame Tussauds wax museum. Sorry, guys!

OK, OK, we have to admit – we quite like this one. It's all based around Love Actually characters Sam and Joanna (AKA the film's cutest couple, in our opinion). Metro previously reported that some fans believe that Meghan and Harry are the grown-up version of Sam and Joanna – and here's why.

In the film, little redhead Sam is mourning the death of his mum – which is obviously something Prince Harry sadly experienced himself.

And while in Love Actually, Sam is wooed by Joanna's talents (she's an American singer and natural performer) it is kinda similar to Meghan being a mega talented Hollywood actress.

Of course, there's no way it can be true – but it's pretty cute. 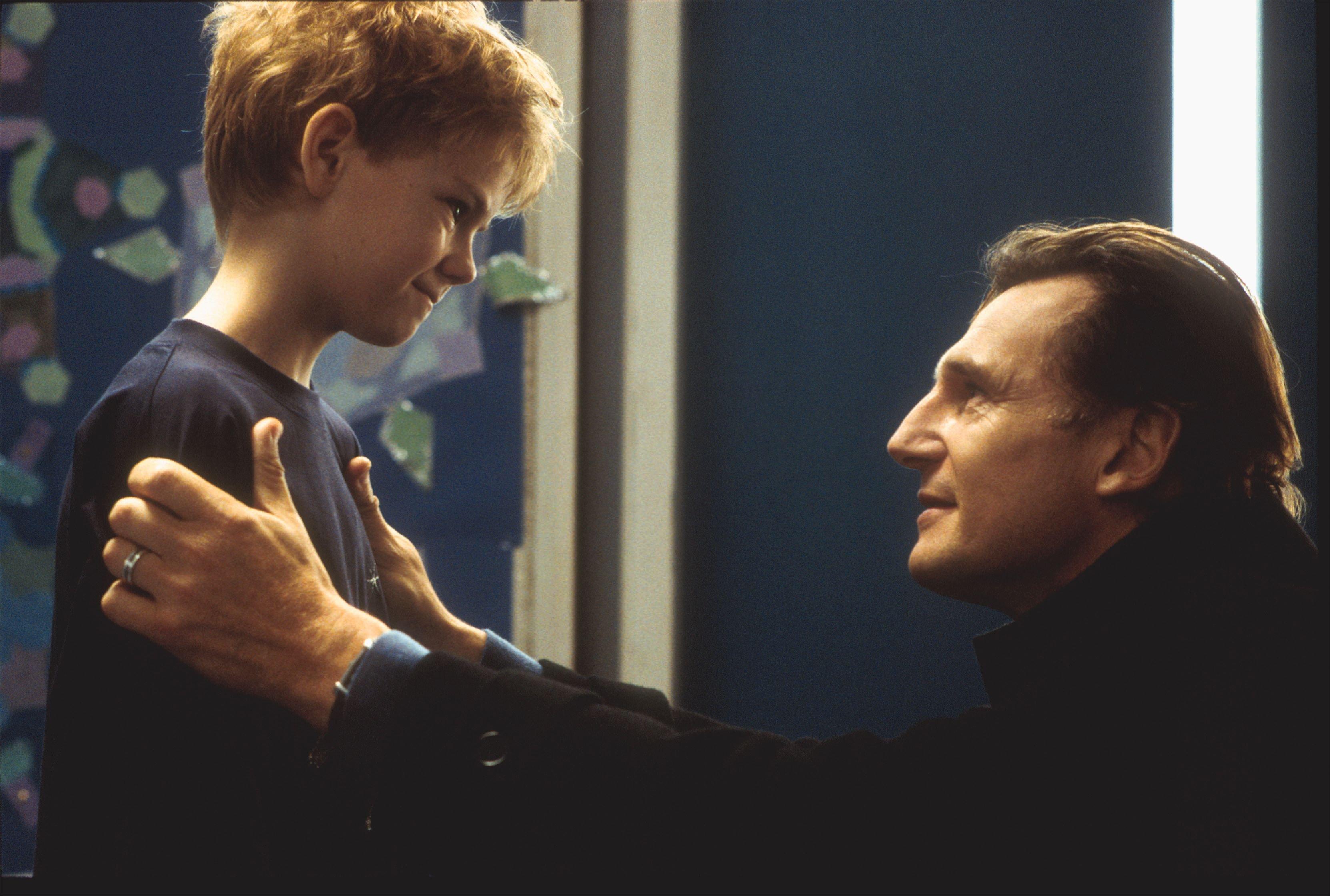 Meghan and Harry want to take over America

When Harry and Meghan announced their engagement the editor of Twitchy.com, Greg Pollowitz, circulated a rumour that their relationship was a ploy to take over the States.

"Prince Harry's kids will be Americans," he wrote. "What if one grows up to be president and is in line for the throne at the same time? Brits are playing long-ball here, but it's a smart move. They want America back and this is how they'll do it."

The internet went crazy for the theory – in fact, the tweet itself had over 130,000 re-tweets and in a ridiculous twist, some even suggested Meghan and Harry's relationship was manufactured solely so that England could reclaim America. The words total and rubbish spring to mind.

Harry is a 'shape shifting lizard'

This could be the funniest story we've ever heard – and by funny we mean absolutely, mindbogglingly ridiculous. Here's how it works…

Last year, king of outrageous conspiracy theories, David Icke spoke out about why he believes the Queen is a shape-shifting reptile (honestly, you did read that correctly).

He's convinced that the British royal family are descended from a reptilian blood line from outer space, adding that a secret society of the royals, along with political and business leaders, rule the world – behind the mask of a democratic government.

He thinks the members of this "secret society" are all reptile-human hybrids. 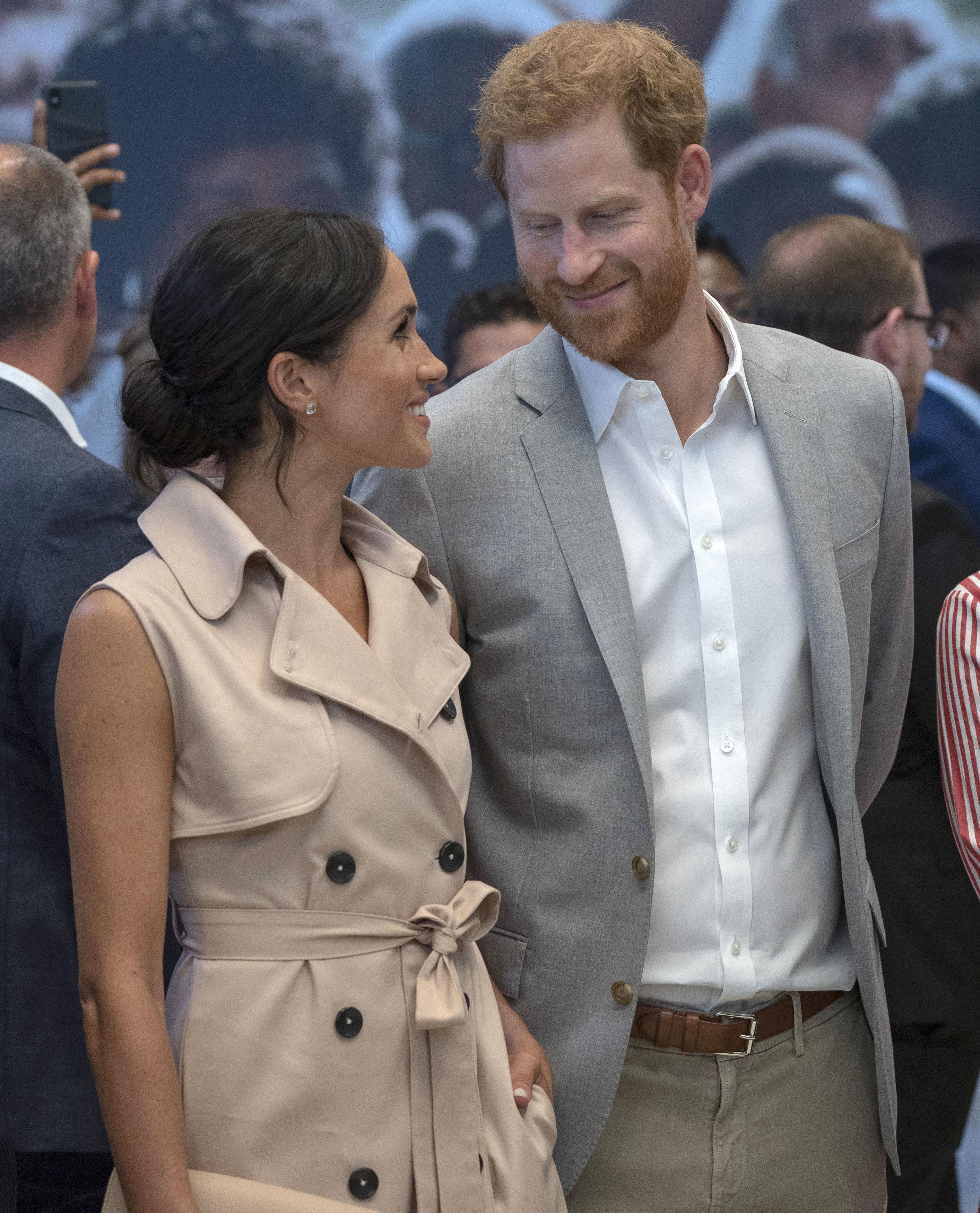 We know. Surely he doesn't believe that, does he?

"Oh God yes," he admitted. "I did not sit in a dark room and come up with this theory nor go looking for it.

"I have travelled and been to 50 countries to research it.

"It took the form of meeting people who tell of experiences of seeing people, often in positions of power, change from human from to a reptilian form and back again in front of their eyes." 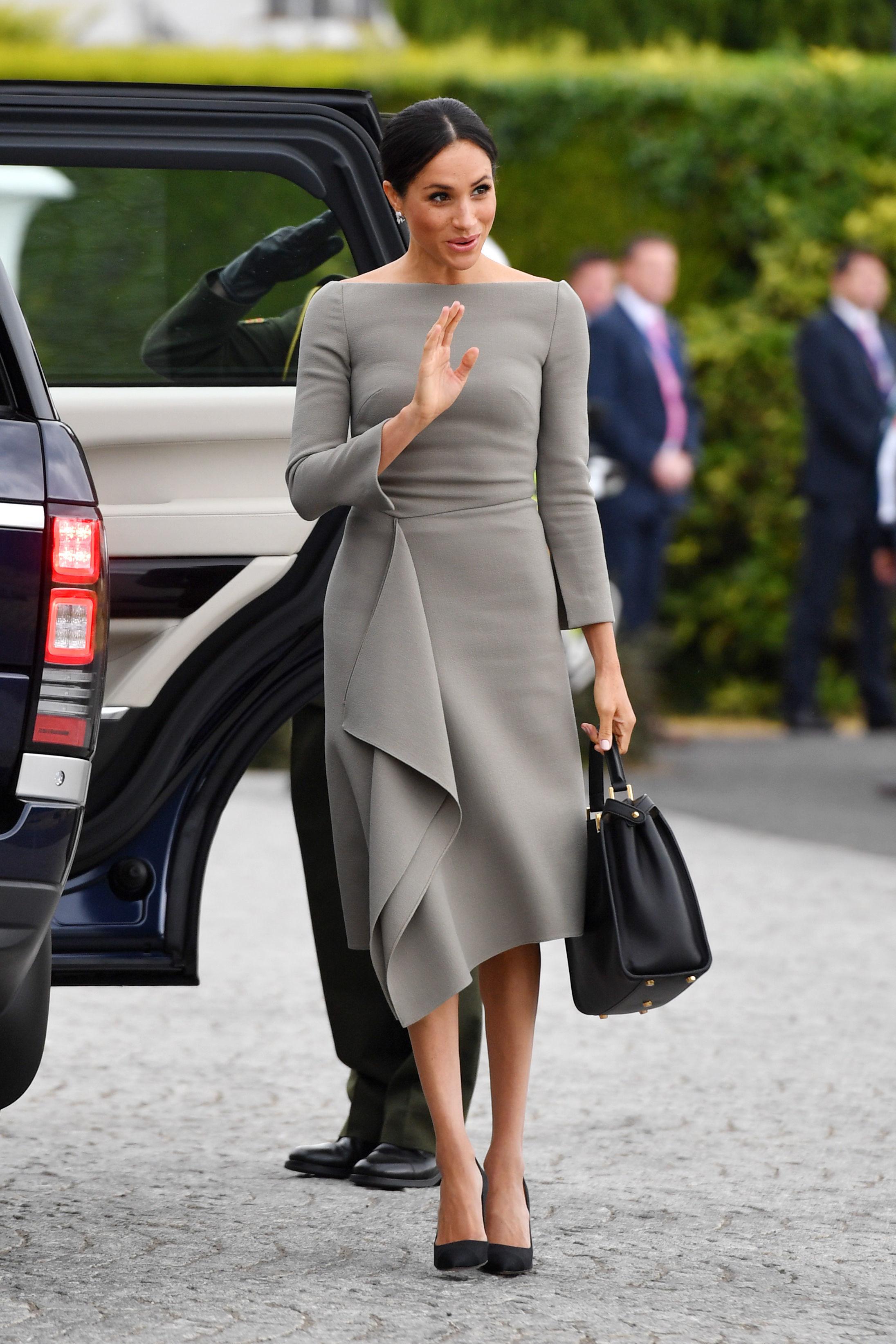 Meghan Markle is a secret agent

We loved Meghan in Suits, but surely even she can't pull this off?

Actor Paul Bettany started this rumour during an interview on US TV with Jimmy Fallon, and it was picked up by Vanity Fair.

"I think that Meghan Markle might be a sleeper agent for the US government," he revealed.

Why? He didn't really have a reason, just that he reckons Piers Morgan is also involved.

"The dad doing the photos thing, it's like a false-flag event, I think the CIA's involved – everybody. I think Piers Morgan's involved."

Apparently fooling us all – one episode of Good Morning Britain at a time. 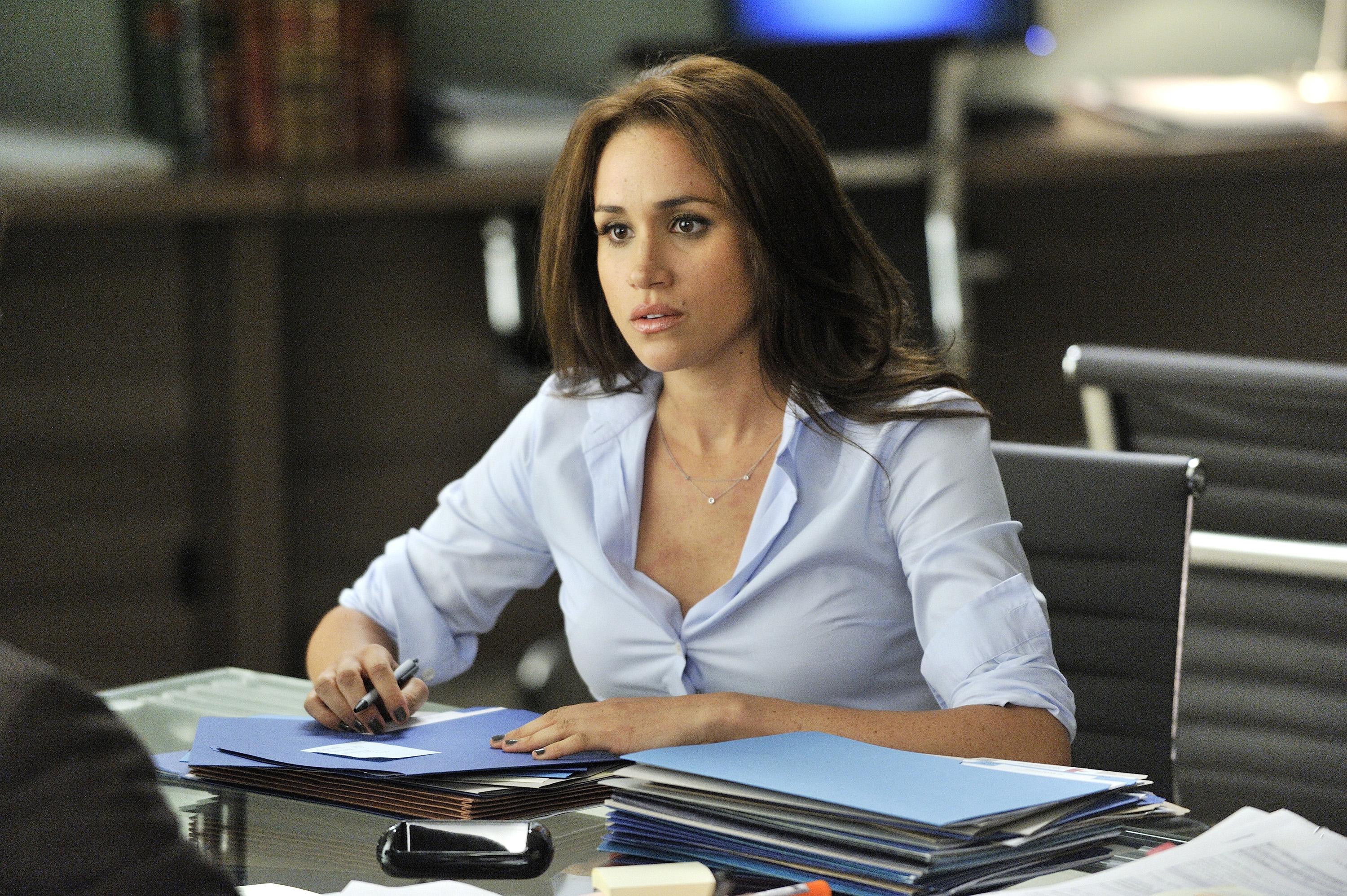 When Kensington Palace announced Meghan Markle's bridesmaids a few days before the Royal Wedding, Suits fans lost their minds over a tiny detail.

Both of Meghan's goddaughters were revealed to have the surname "Litt" – which is exactly the same surname of Rachel Zane's (Meghan's character) boss – Louis Litt.

Coincidence? Suits fans didn't think so, with one believing the wedding (and the fact that Kate and Will had just had a baby boy named Louis) was a marketing campaign for Suits.

Just a little bit ridiculous, then.

Earlier this week, we told you all about the one thing Victoria Beckham never leaves home without.

We also revealed the new Instagram pose that celebs love.

And we gave you all the info on Meghan Markle's half-sister Samantha Grant – and why they don't get on.