It’s been 40 years since AC/DC released its seminal Back In Black album, so the legendary band is teaming with DC Shoes for a hard-rocking capsule of footwear and apparel. Consisting of Infinite and Villian slip-ons, the Court Graffik, the Pure and Josh Kalis‘ Kalis Vulc Mid and Vulc Low plus special tees and hoodies, the offerings aim to encapsulate the rebellious spirit shared by skateboarders and the Aussie rockers.

Each shoe is dressed in black and works AC/DC’s signature red and yellow logo into its design in different fashions — mostly replacing the standard branding with band-specific hits. Both of the slip-on styles included also present a printed portrait of all the members spread across the uppers. There’s plenty of lightning bolts and sublimated graphics to be had as well. 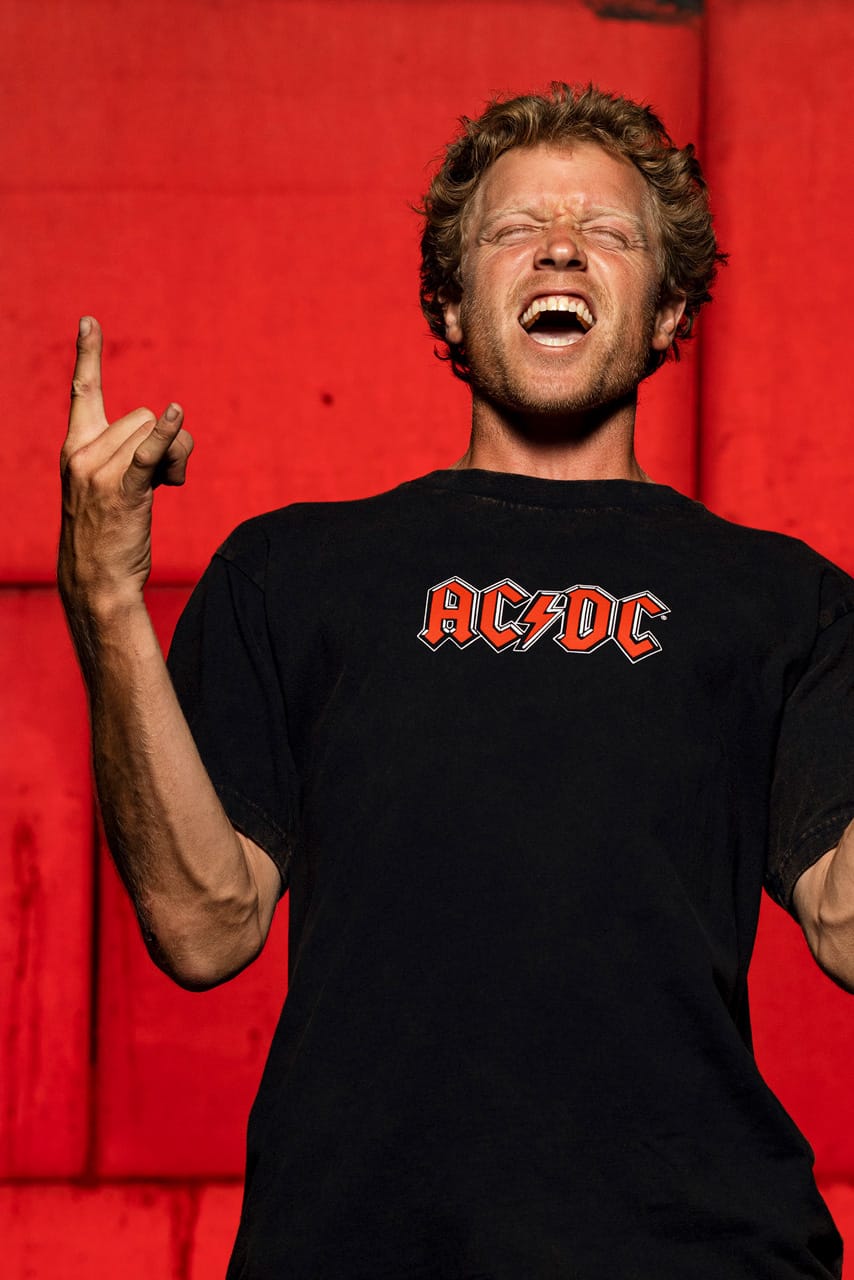 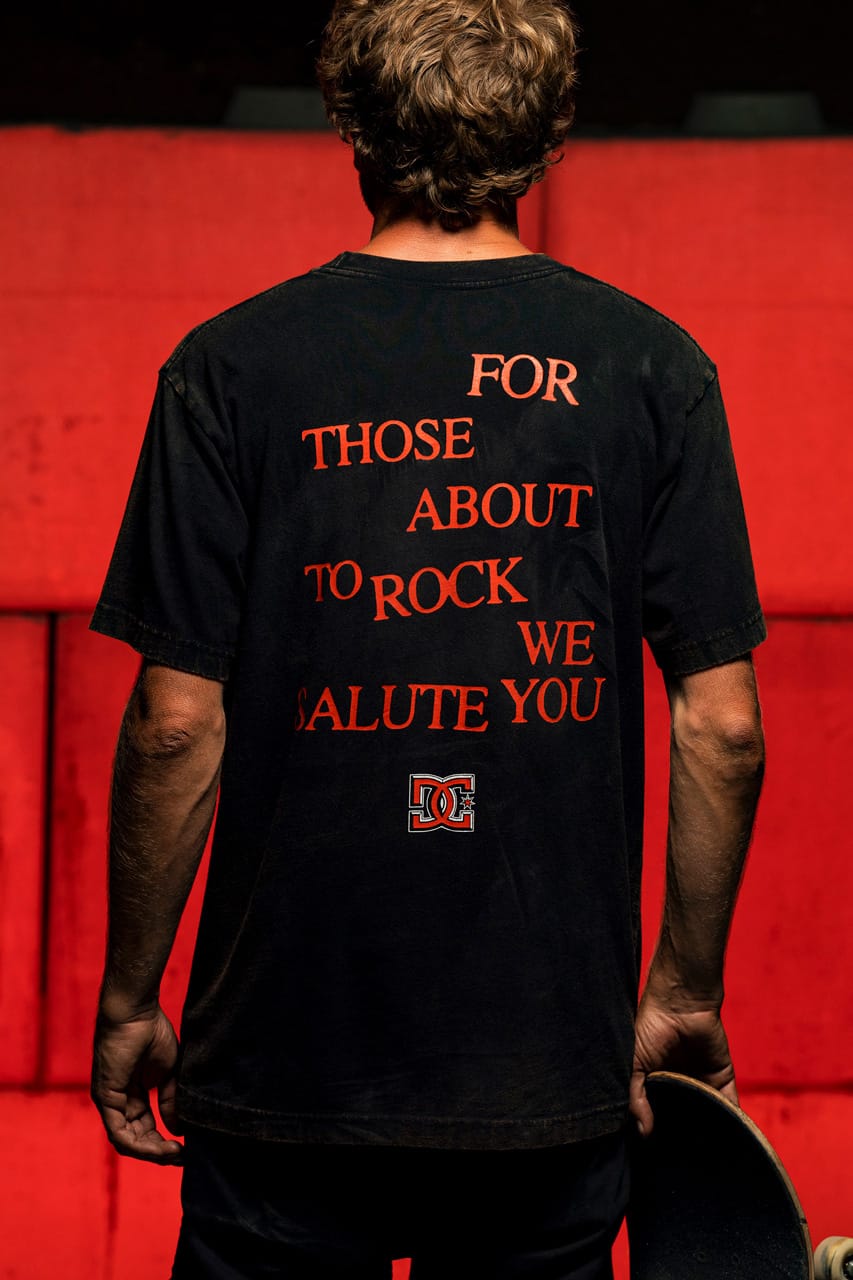 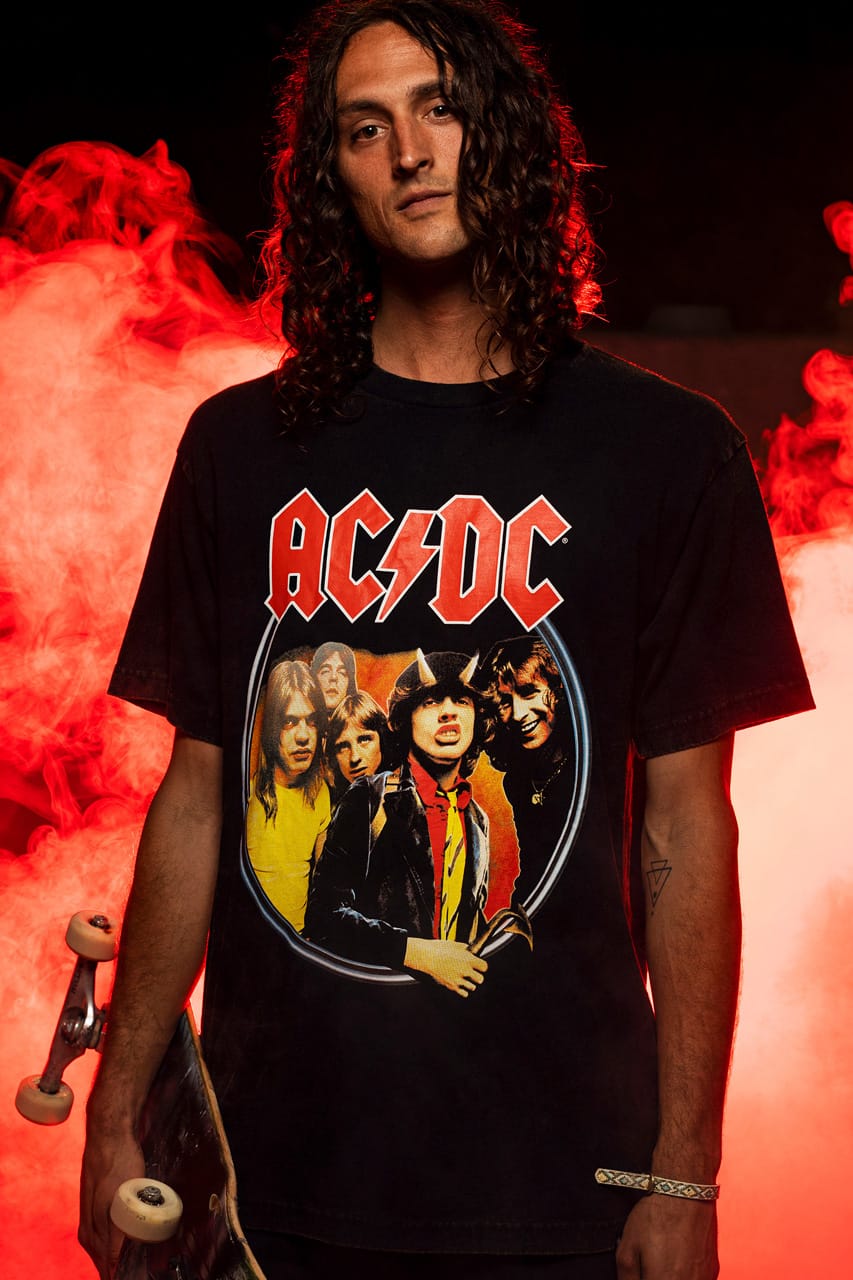 Apparel offerings include tees and hoodies, with embellishments like “For those about to rock, we salute you” scrawled across the rear and standard band logos on the front. Several offer an enzyme-washed construction for a faded, aged look.

A dual-headed nod to skate and rock — and the two’s frequent crossover in early skate videos — the AC/DC x DC Shoes collection will release on the DC Shoes webstore come November 7. AC/DC will also debut their new album PWR/UP on November 13.