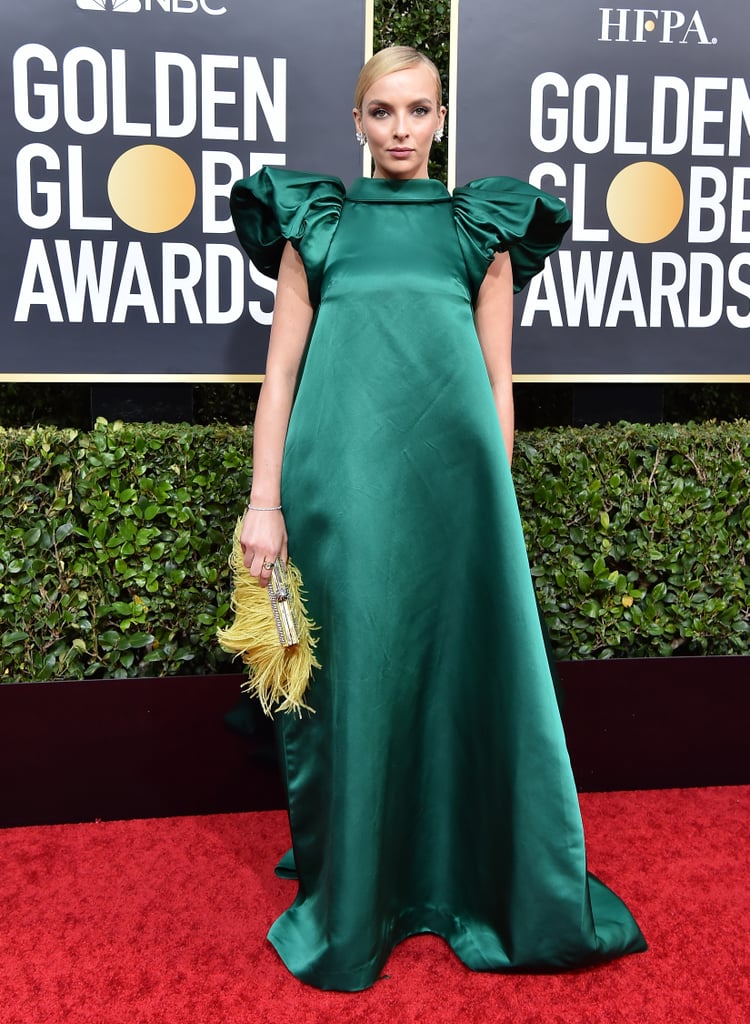 Baby Yoda, is that you? The internet was undefeated once again during Sunday night’s Golden Globe Awards, as tweets poured in comparing Jodie Comer’s silk emerald green gown to that of The Mandalorian‘s Baby Yoda. The talented actress was nominated for best actress in a TV drama for her role on Killing Eve, but despite losing to Olivia Colman and The Crown, Jodie absolutely won the internet. Her gorgeous, puffy-sleeved gown was immediately compared to the beloved Disney character, which is admittedly the greatest compliment one could receive.

There was no shortage of color on the Globes red carpet this year. With stars like Cate Blanchett and Zoey Deutch in yellow, Priyanka Chopra in bright pink, and Taylor Swift making a head-turning statement in fabulous florals, the start of award season looked very bright, and we’re especially thankful for Jodie for bringing the force with her. Check out photos of Jodie’s fabulous emerald green gown ahead, and check out the undeniable comparisons to Baby Yoda.