Aldi has brought back their sell-out £3.50 cookware – and they’re amazing dupes of Les Creuset’s range – The Sun

ALDI has brought back its sell-out cast iron cookware range – which is remarkably similar to Le Creuset’s expensive designs.

The supermarket is bringing back its popular pots and pans, with prices starting from just £3.49. 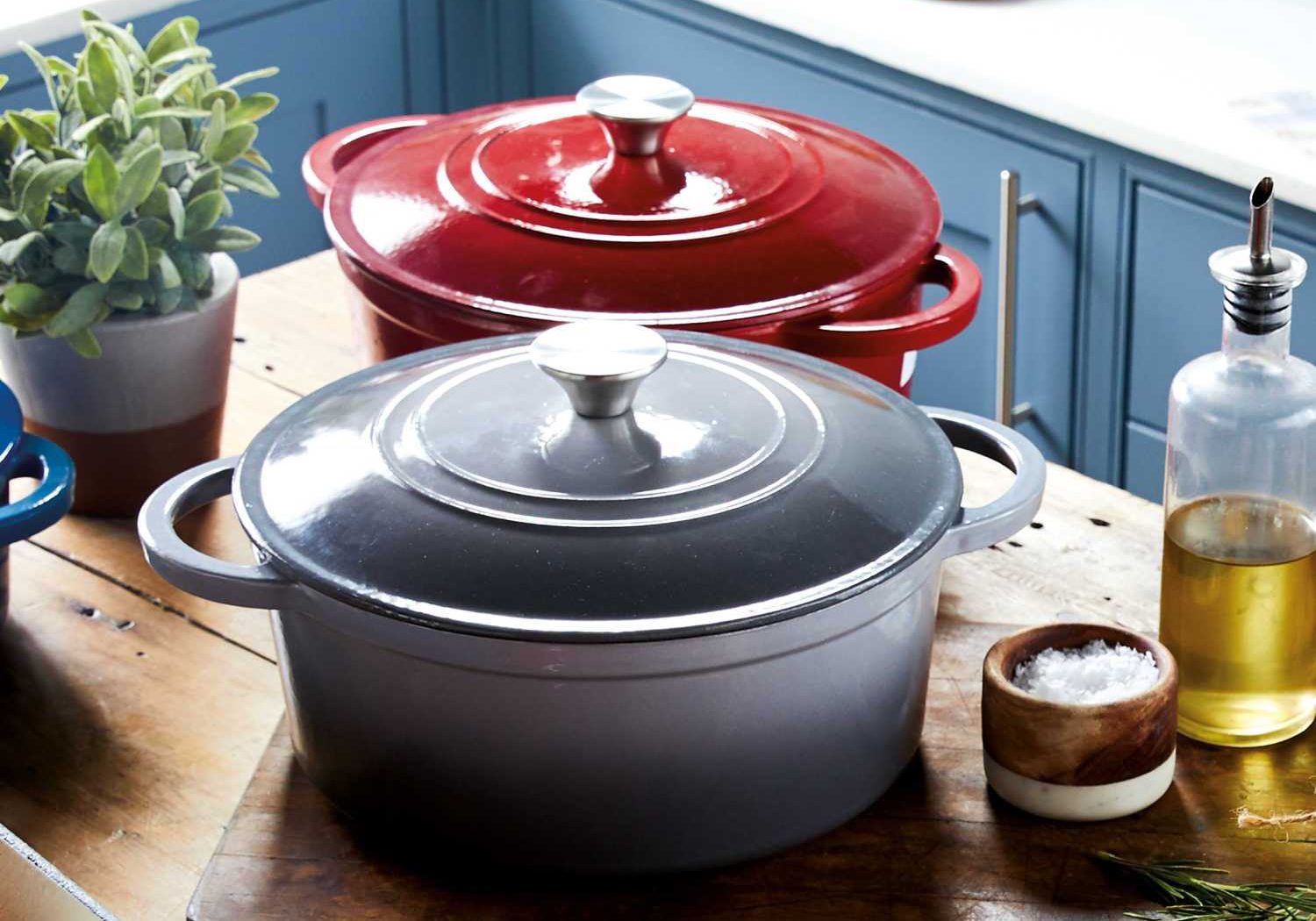 The budget store is selling a shallow casserole dish for £24.99, a bargain when compared to Le Creuset’s signature version for £210.

And Aldi is selling two sizes of their classic round casserole dish, one for £19.99 and a slightly larger one for £24.99, but they’re a steal when compared to the £210 price tag for their pricey double.

The supermarket is also selling a cast iron skillet and saucepan for £14.99 each, and a roasting dish for £19.99. 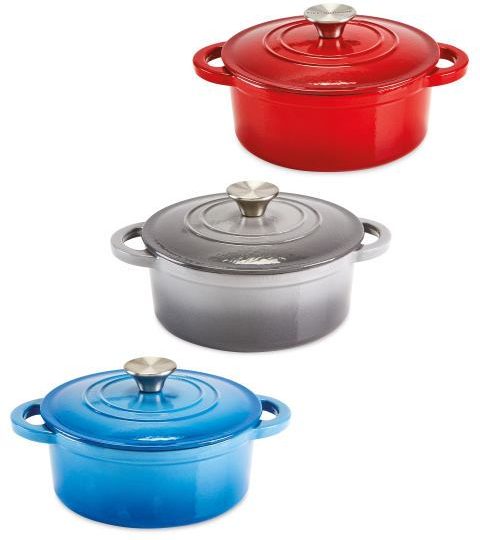 In comparison, Le Creuset’s saucepan will set you back £150 alone.

The cheapest item in the supermarket’s range is a pair of mini casserole dishes for £3.29 – which works out to £1.74 each.

Le Creseut sells a similar sized dish – but theirs costs £180 just for one. 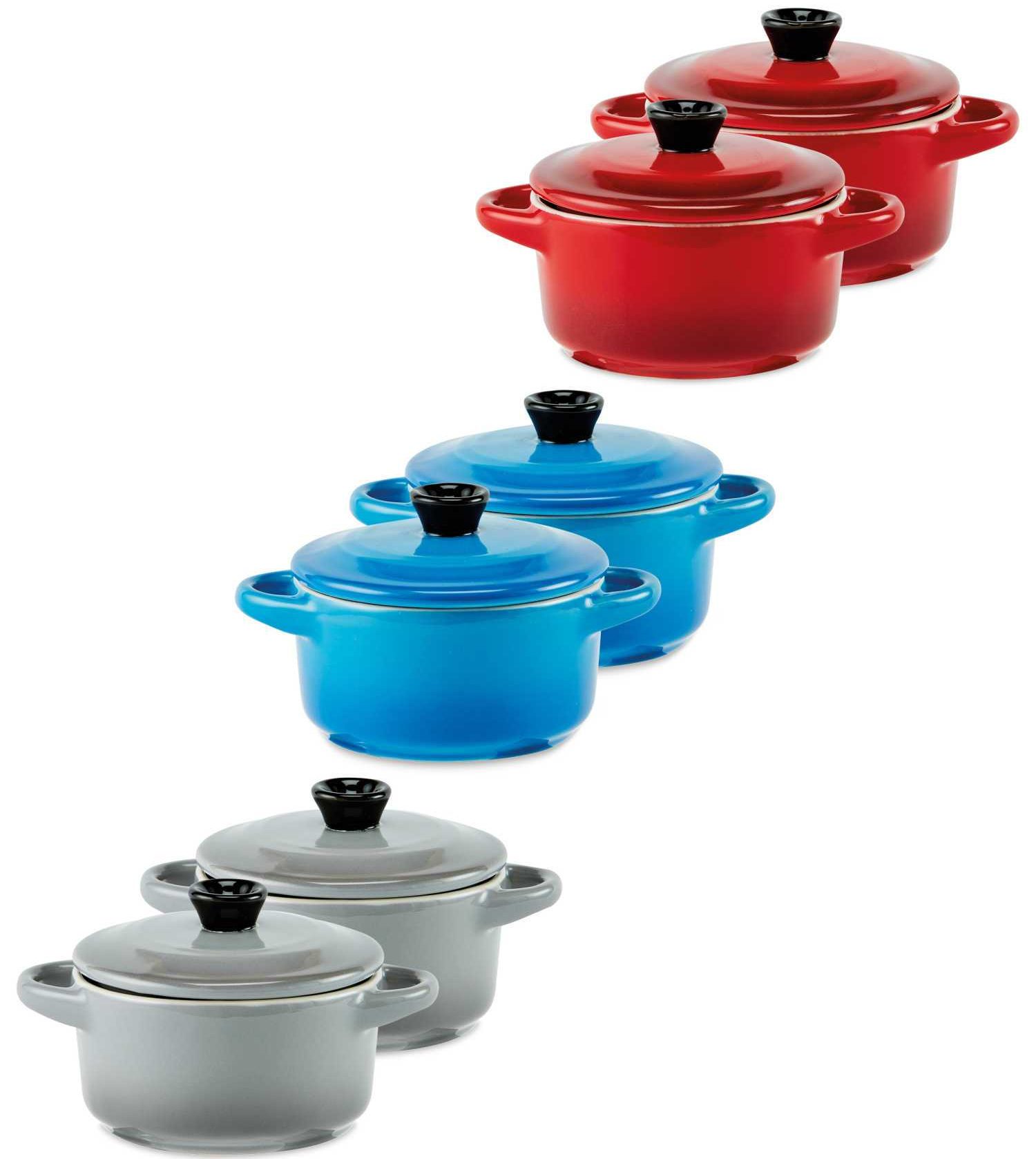 The cookware will be available to buy from September 15, but you can pre-order them now if you don’t want to miss out.

The supermarket is selling the colourful collection as part of its Specialbuys, so once they’re sold out they’re gone. 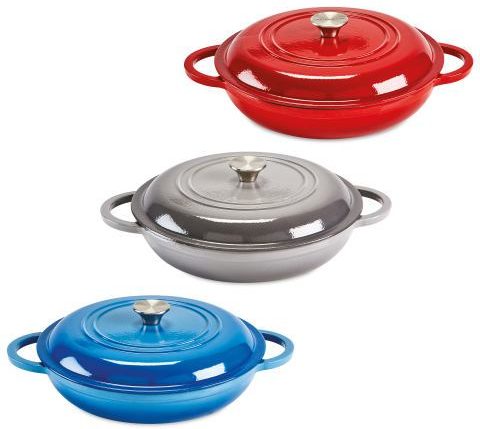 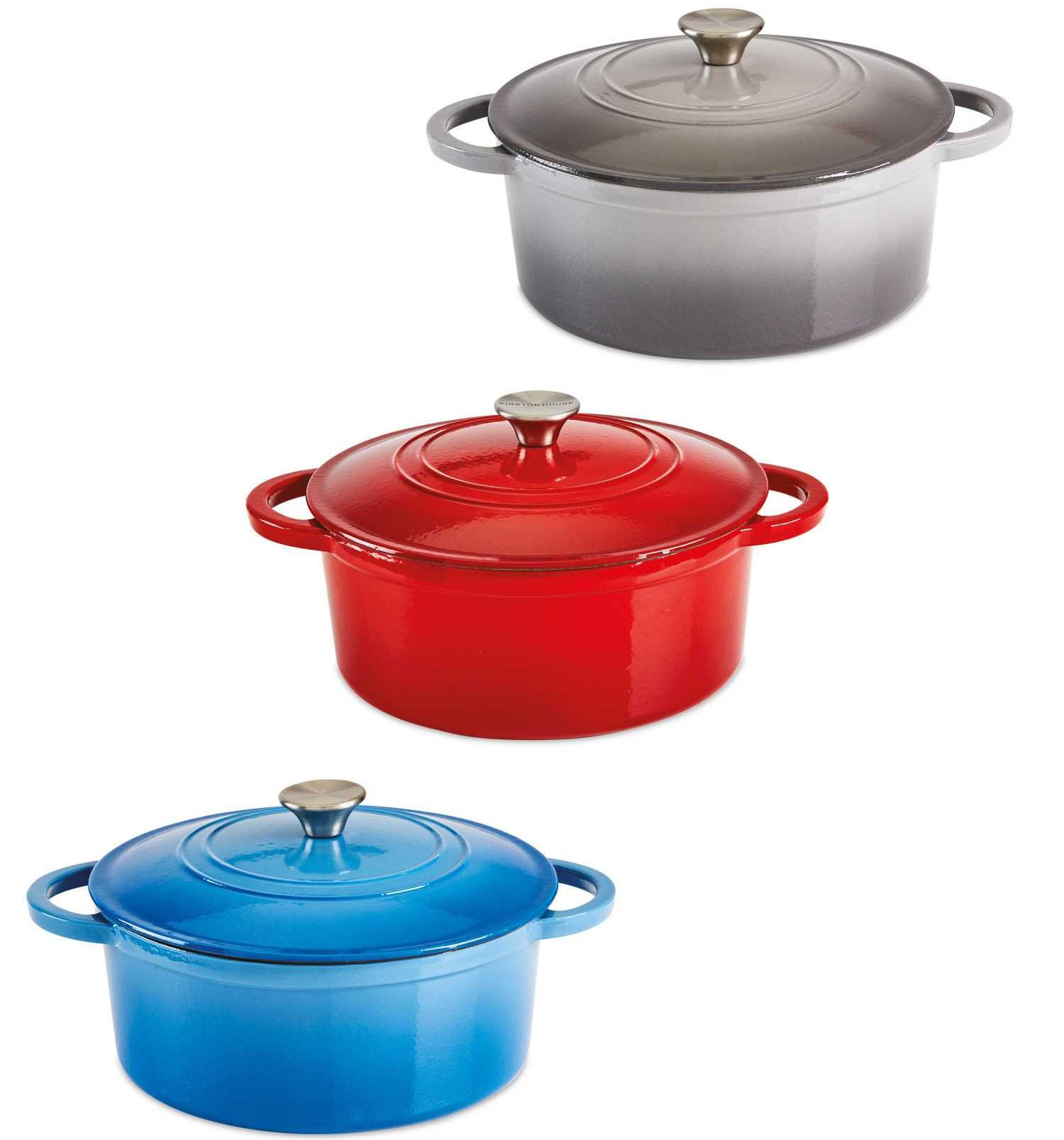 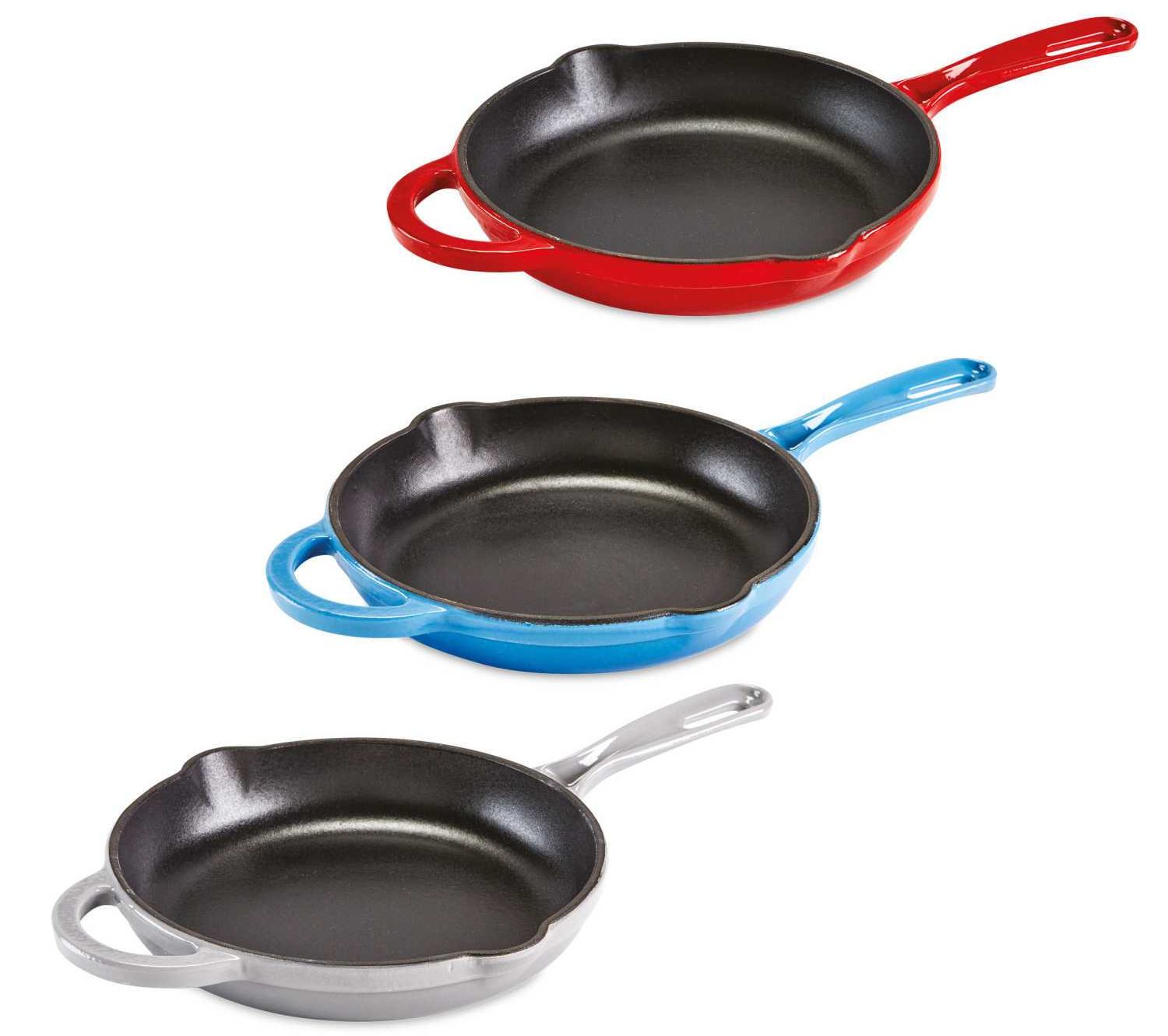 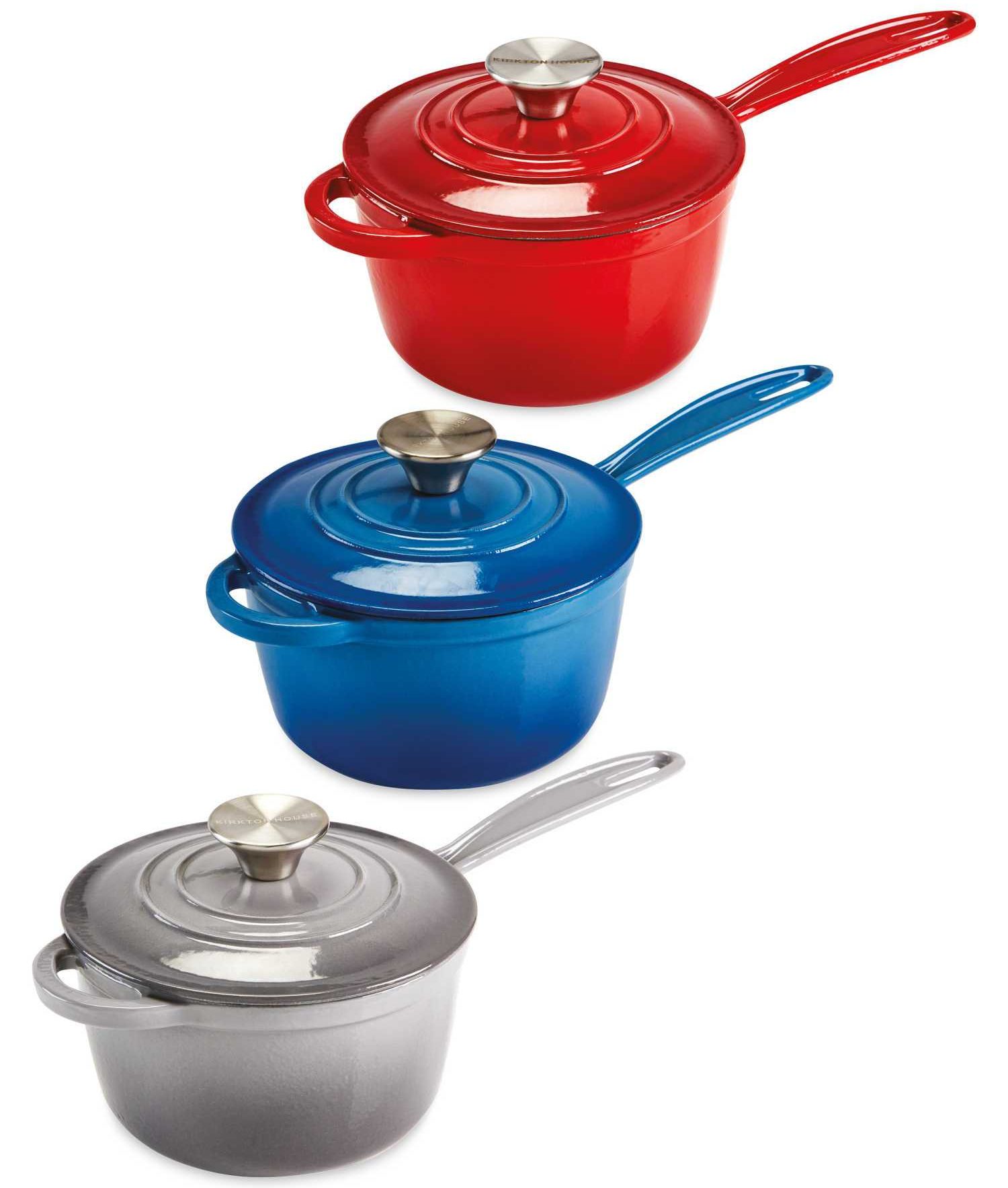 Calling all Bake Off fans, the ‘Star Baker’ is the Great British Bake Off-themed sex position you need to try.

Plus porridge lattes are the latest trend to take off – but not everyone is convinced.