Anne Burrell: What’s in My Bag? 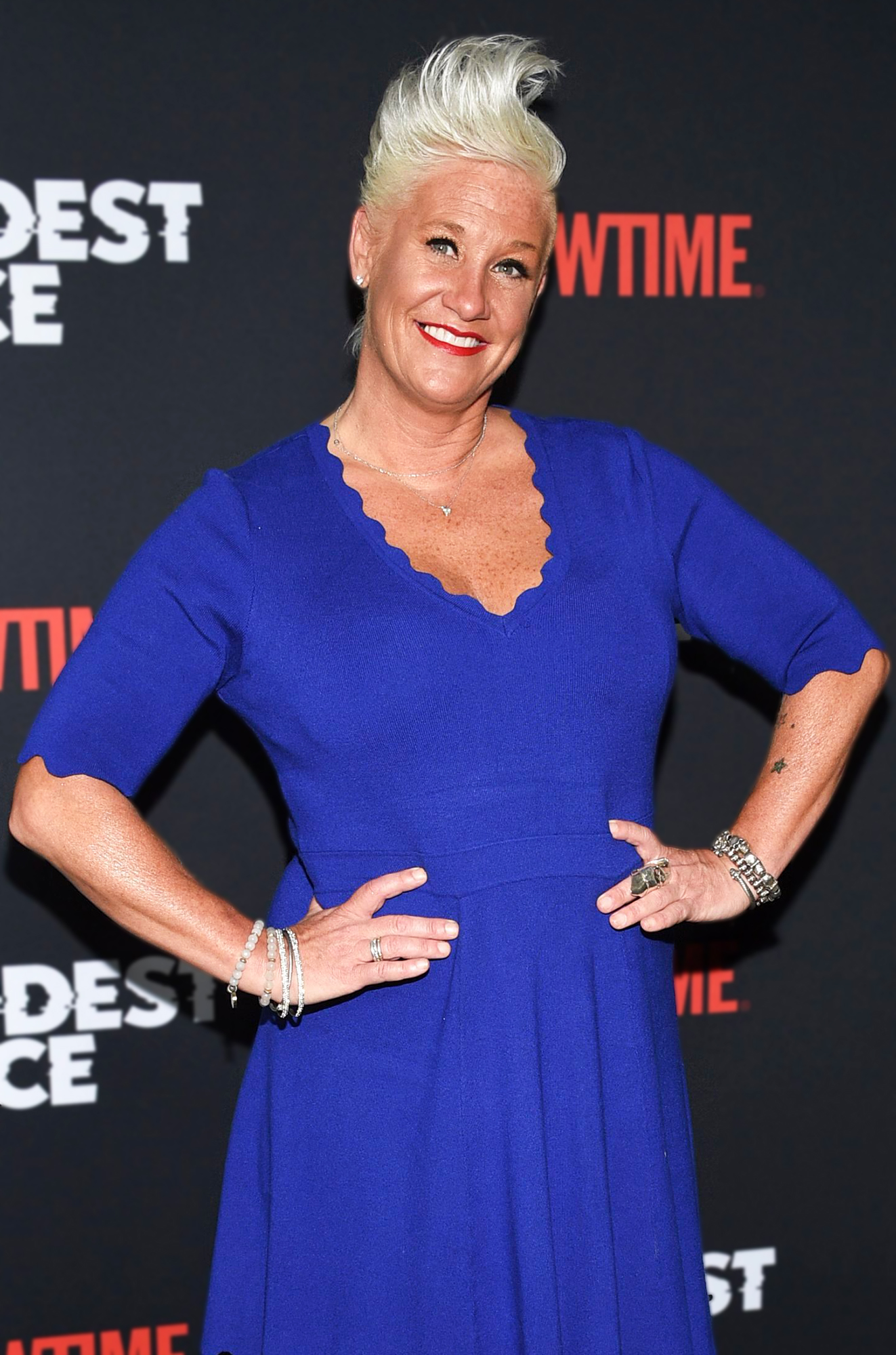 Anne Burrell eats like a queen — no, really! After telling a pal she’d heard that Queen Elizabeth II refuses to pick up food with her hands, the cohost of Food Network’s Worst Cooks in America was jokingly gifted asparagus tongs for finger foods. “I whip it out and eat French fries with it,” she says. “It’s really funny.”

Burrell, 49, tells Us what other special equipment she carries in her Salvatore Ferragamo bag. 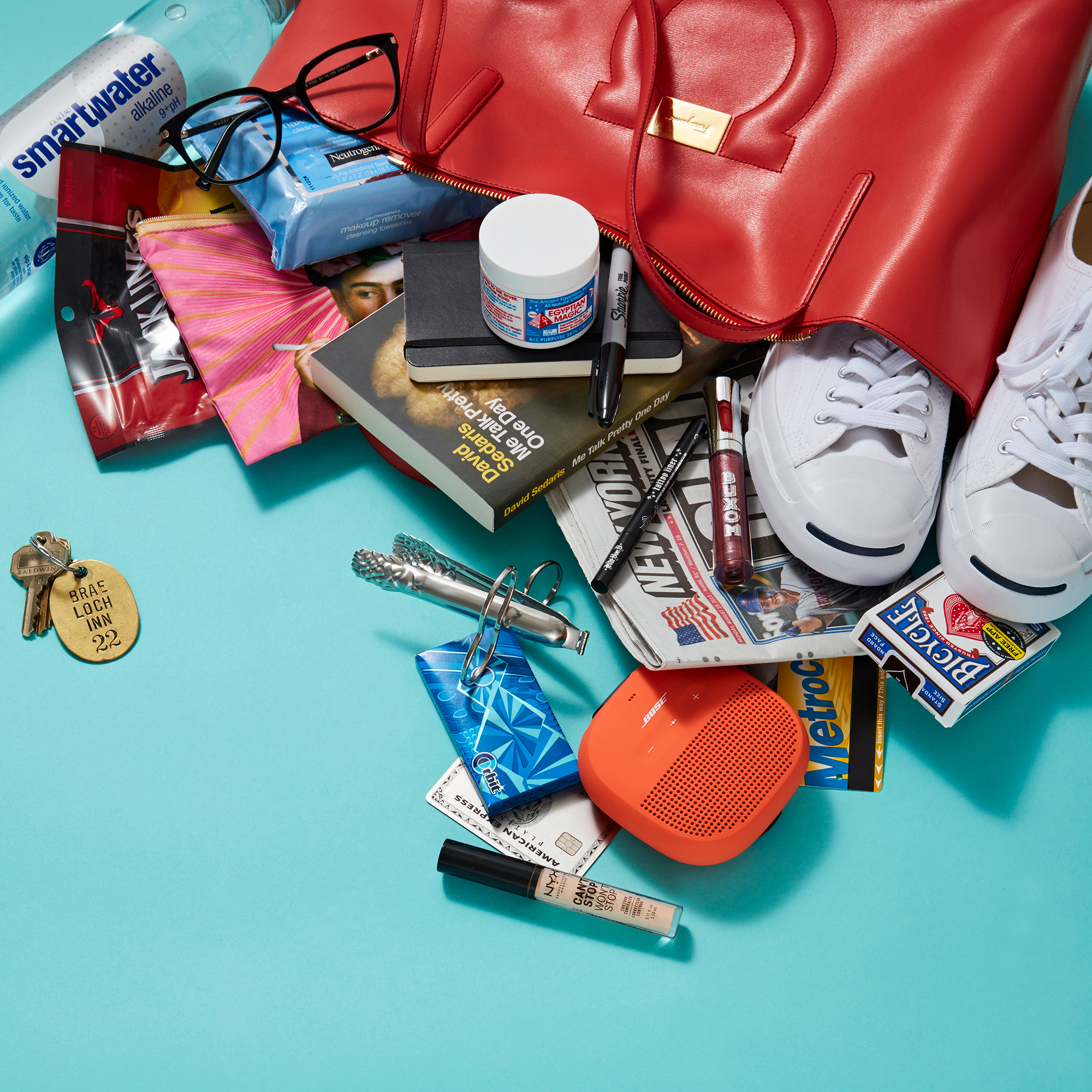 Spotless Sneaks
“My summertime kicks are white Converse Jack Purcells. I buy a couple of pairs at a time, and when they’re not bright white anymore, I toss them.”

Extra Set of Eyes
“I have a pair of Warby Parker readers. Getting old makes you feel like you’re going crazy. Needing glasses makes me insane.”

No Place Like Home
“My house keys have a keychain on them from [the Brae Loch Inn] that’s in my hometown, Cazenovia, N.Y. It’s a little piece of home that stays with me.”

Play Time
“There’s always a deck of playing cards with me. I play solitaire, gin rummy or, sometimes on a plane, war.”

Duly Noted
“I usually have a Moleskine notebook in case I have a burst of genius that I need to write down.”

What else is inside Burell’s tote? A wallet made of recyclable material; an iPhone X in an Adidas case; an iPad; a Bose SoundLink speaker; a pair of Oliver Peoples sunglasses; a copy of Me Talk Pretty One Day by David Sedaris; a makeup bag with Frida Kahlo on it; Neutrogena makeup wipes; a Kat Von D Tattoo eyeliner; a NYX concealer; a Buxom plumping lipgloss in Gabby; Egyptian Magic cream; a Big Sexy Hair travel hairspray; AMEX cards; Chase cards; a MetroCard; a neck pillow; a New York Post; Jack Link’s Teriyaki Beef Jerky; a bottle of Smart Water; a Sharpie and Orbit gum.