AN ANOREXIA survivor whose weight plummeted to just FOUR stone leaving her bedbound for two months has shared her incredible recovery.

Ellie Spofforth, 18, from Shetland, Scotland, was of primary school age when she first began worrying about her weight after being targeted by school bullies. 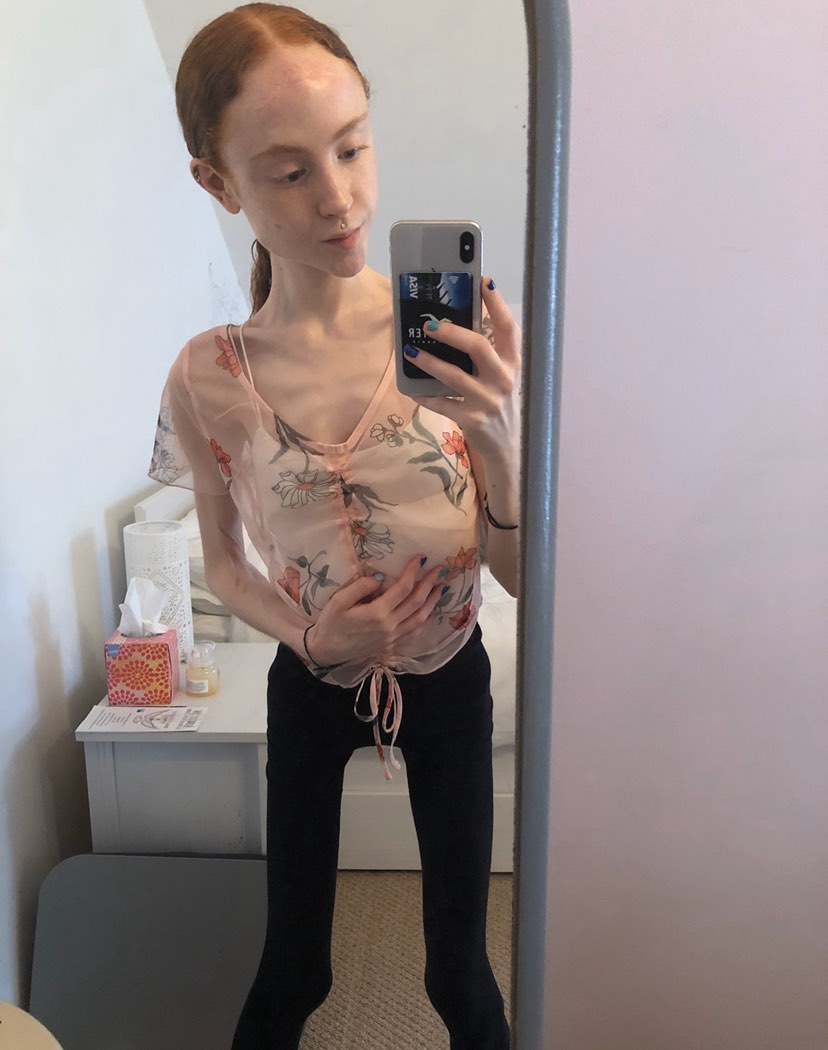 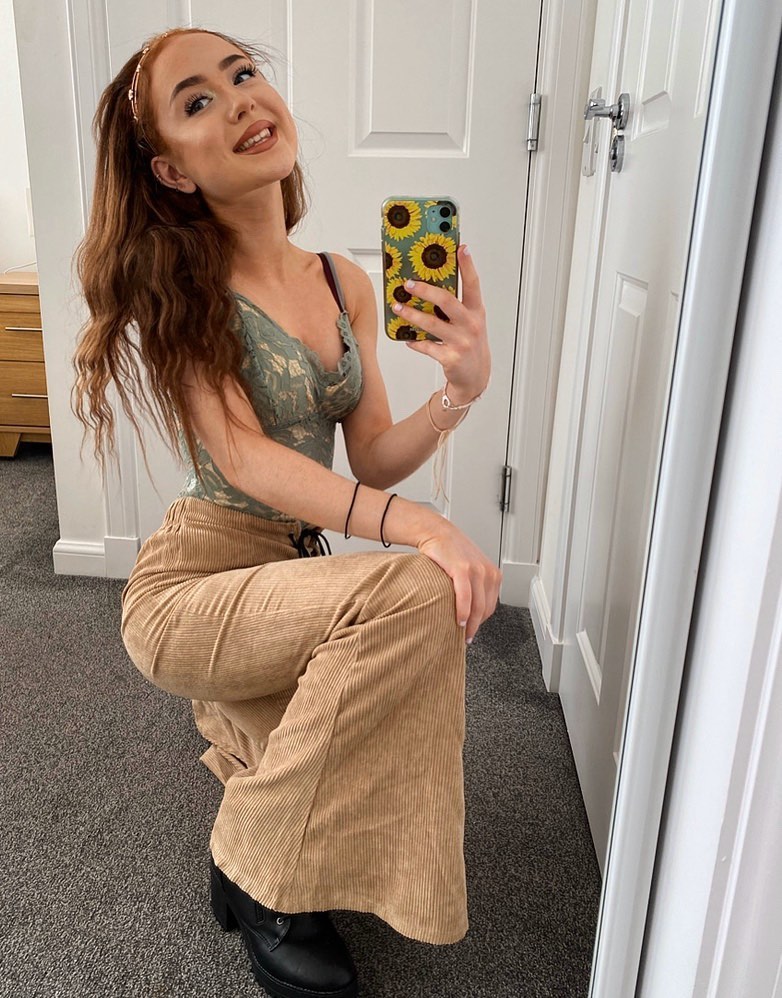 She explained: “Growing up, I was always a lover of food. I wasn’t fussy and would always try new things and bake for my family.

“When I was in primary school the other girls started commenting on my appearance, telling me I was the biggest in the class.

“I became aware of my body and that’s when my struggle with my weight began.

“I would spend my days feeling awful about myself. I had been a happy little girl but as soon as I started focusing on the way I looked I became miserable.” 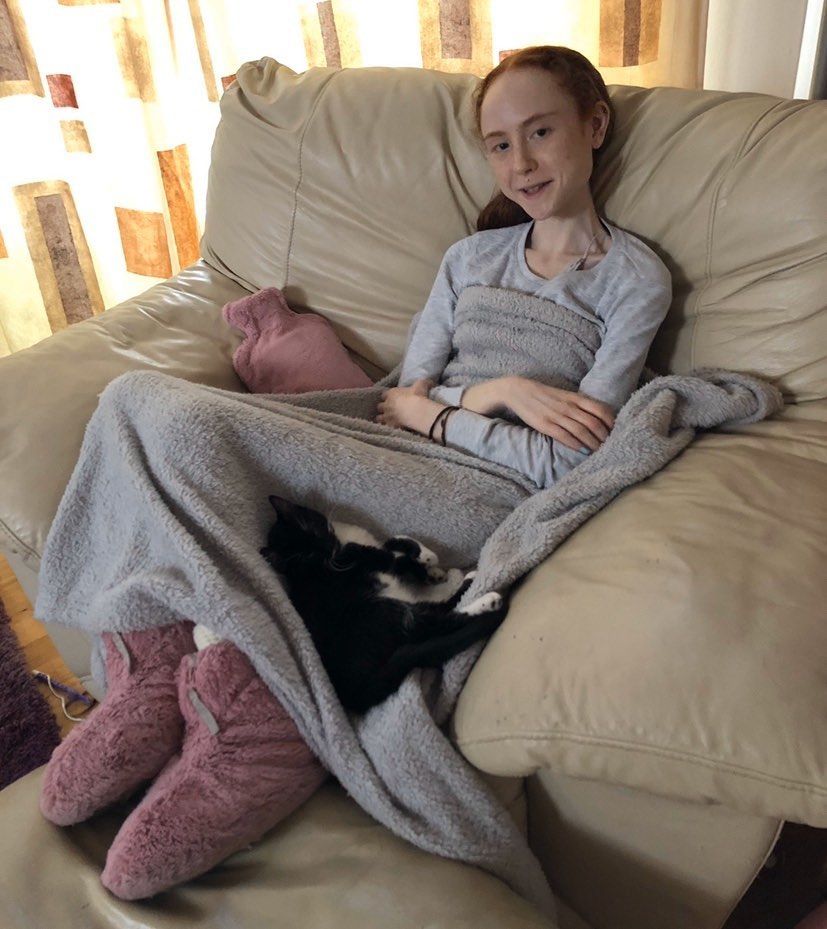 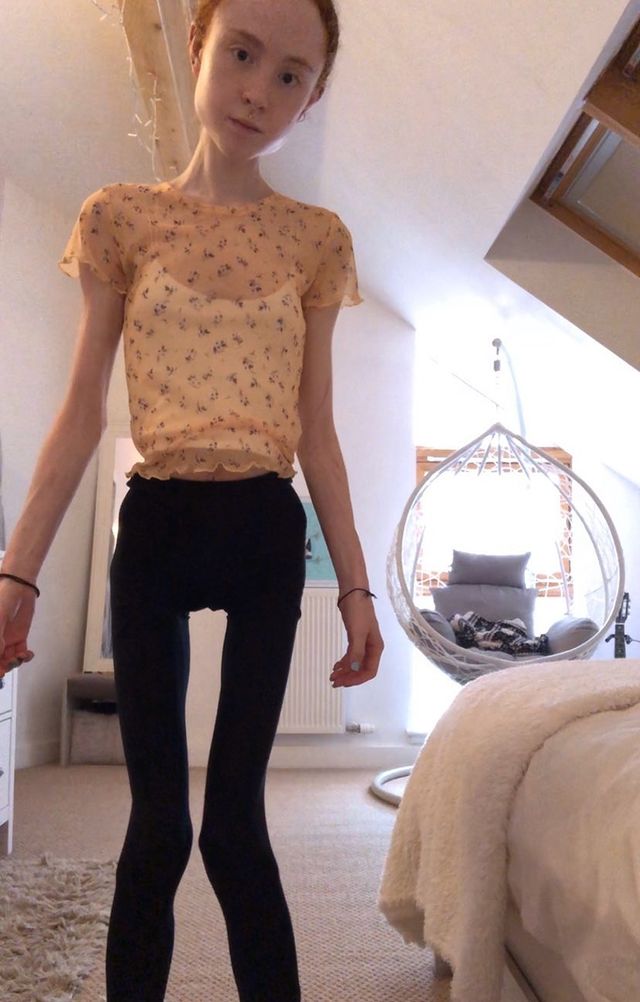 By the time she reached secondary school, Ellie had began to cut out things from her diet.

“I wanted to change my appearance and started restricting my diet at the age of twelve”, Ellie said.

“I went vegan to cut things out of my diet and ended up cutting more foods out until I was only eating one very small meal a day.”

The unhealthy habits grew and by 16 Ellie was vomiting her meals up every day, being careful not to alert her parents, and walking up to 30,000 steps a day. 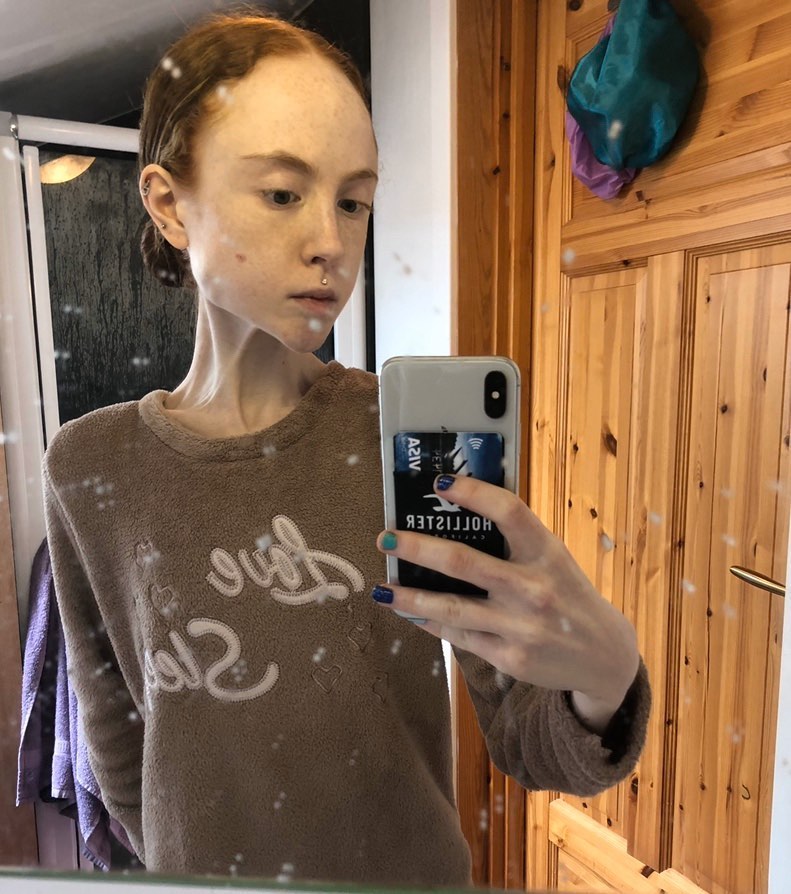 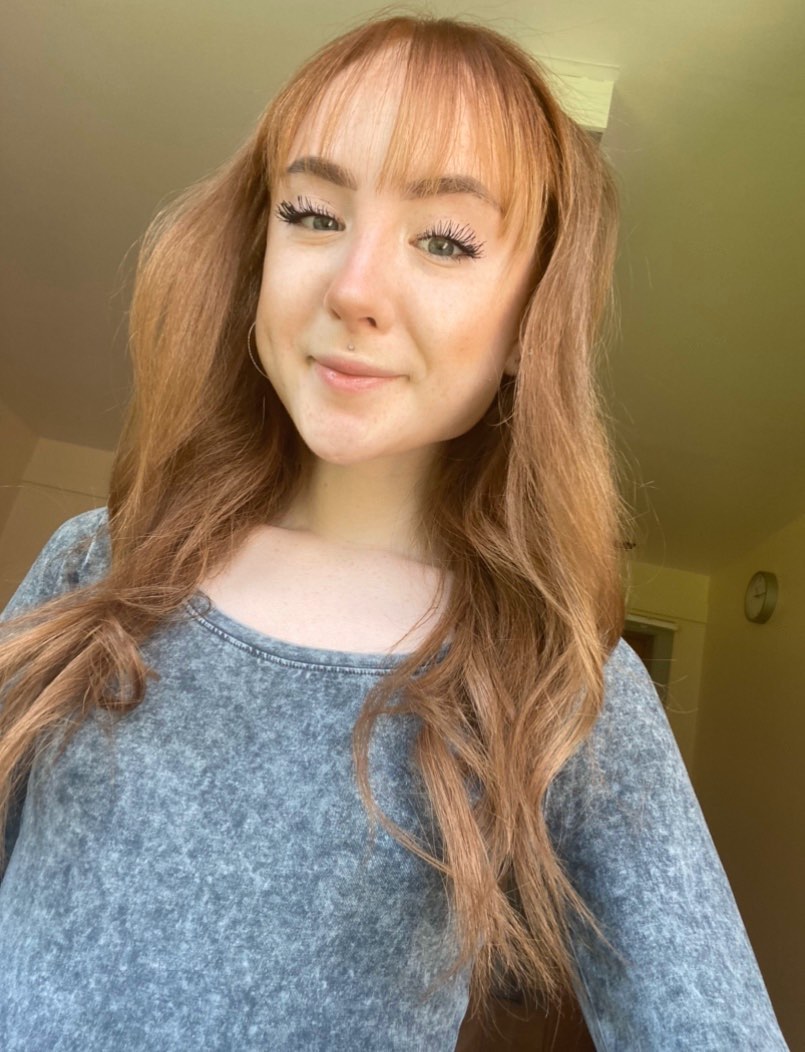 “I was in a very dark place and was diagnosed with depression and anorexia nervosa.

“I was still eating but the struggle would come after mealtimes. I would escape to the bathroom and bring up everything I had just eaten.

“My illness was incredibly sneaky and I managed to vomit without my parents ever finding out. I would go to the bathroom and turn on the taps so they wouldn’t hear me.”

Ellie hid her dramatic weight loss until baggy clothes and wore ankle weights and a weighted vest for when she was weighed by doctors.

She was eventually detained under the mental health act in March 2018 and held in an inpatient unit in Dundee, where she ended up staying for a year. 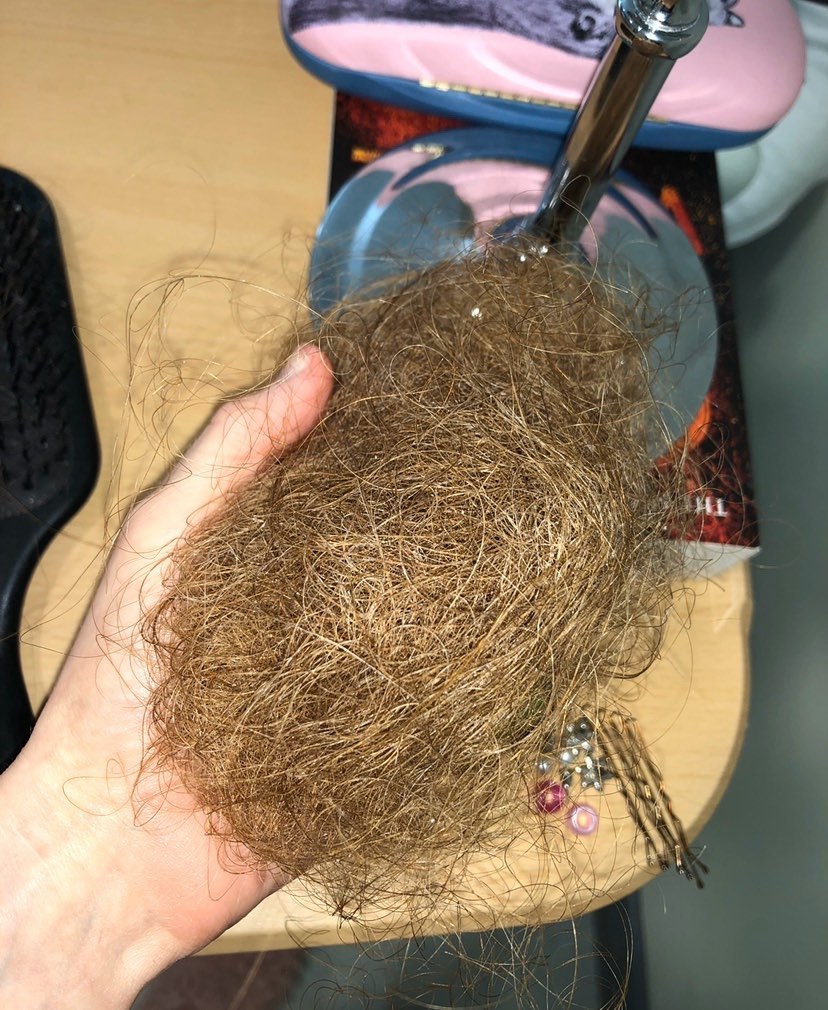 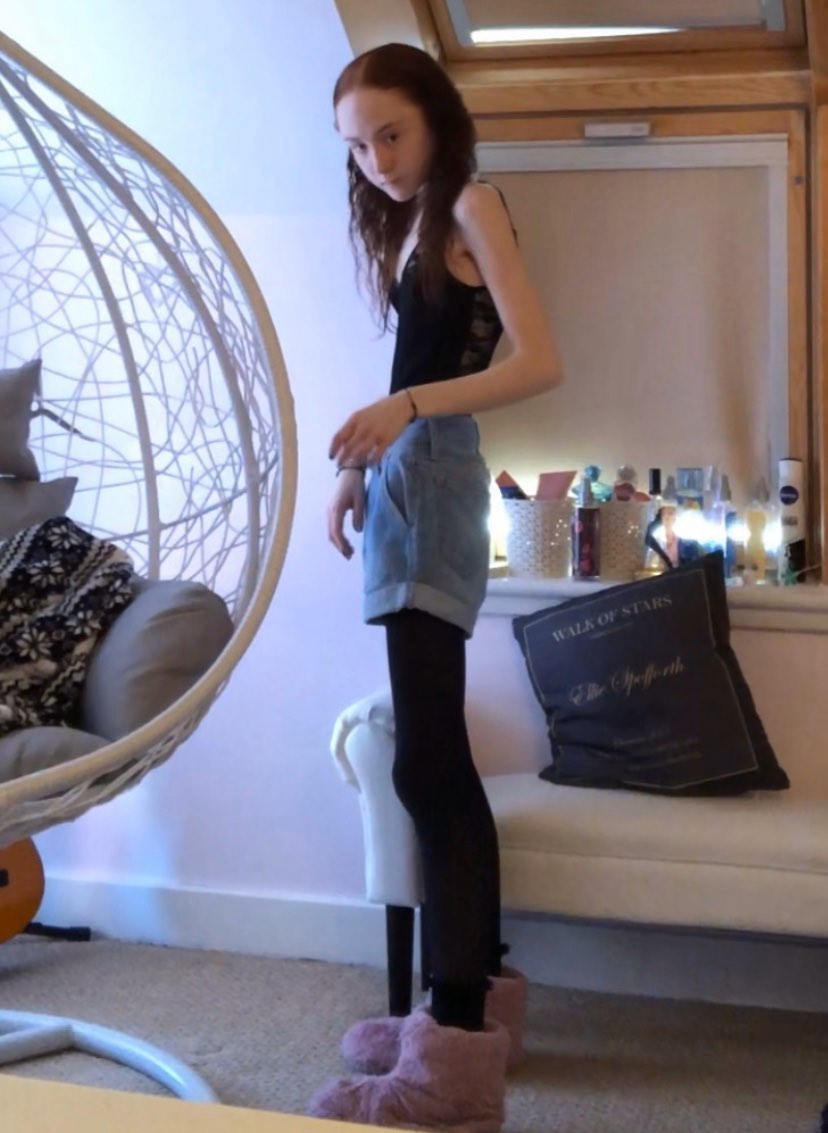 But she admits that the experience was far from helpful.

She said: “I picked up so many unhelpful habits in the unit, such as self-harm and head banging, and was still able to vomit after meals.

“I was an ill person surrounded by ill people and found it very distressing and traumatic. I was placed on constant bedrest for two months, and then had to use a wheelchair for six months.

“It made my eating disorder stronger because I wasn’t allowed to exercise at all. I had no freedom at all and was extremely bored most of the time.

“Being away from family and friends was really difficult. I missed my loved ones dearly and was three-hundred miles away from them.”

She was discharged in March 2019 and struggled more than ever, but still hid her struggle from her family. 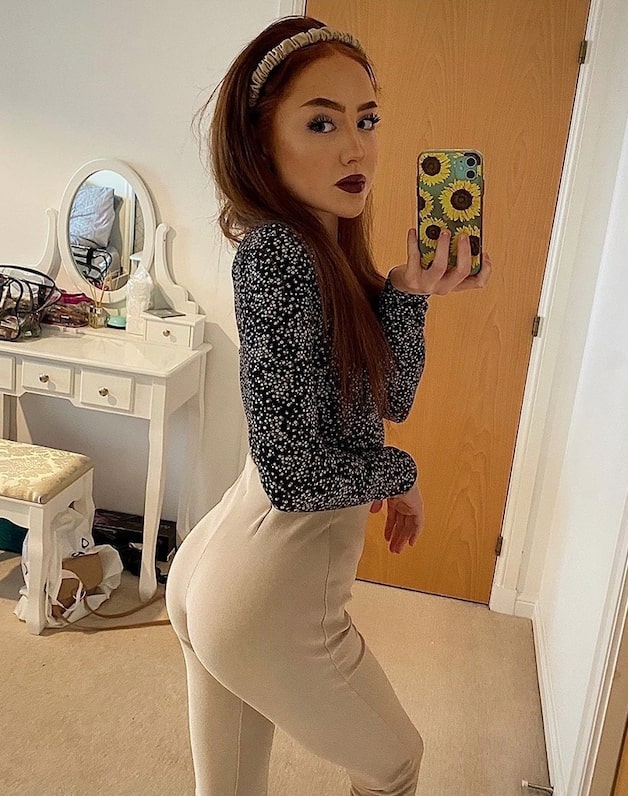 “When I was released, I was worse than ever and went home with even more bad habits” Ellie said.

“My hair started falling out from a lack of nutrients and my arms grew fuzzy hairs to try and keep me warm.

“My body was trying to protect me because it knew I was in danger. I was walking thirty-thousand steps a day even though I had no energy and was constantly exhausted”.

Fearing she may not survive, Ellie wrote her mother, Cheryl, 56, a note confessing her true weight and how she had been concealing her disordered habits.

She explained: “My weight was down to four stone and I truly thought I wasn’t going to wake up if I went to sleep.

“One day, I wrote out a note to my mother explaining how much I was struggling and what my true weight was and how I had hidden it from her.

Signs and symptoms of anorexia

“I promised myself that if I woke up the next day, I’d give it to her. Luckily, I did wake up and I handed her the note and watched as she cried.

“She arranged for me to be detained under the mental health act again and I was flown back to the Dundee unit.”

She was in a critical state and was immediately taken back to the inpatient unit for another year of treatment.

Her condition was so severe that she was kept on bed rest and had to use a wheelchair for the first six months – she was under constant observation from a nurse.

She turned 18 in May and was transferred to an adult eating disorder specialist unit in Aberdeen, where she finally felt able to focus on recovery. 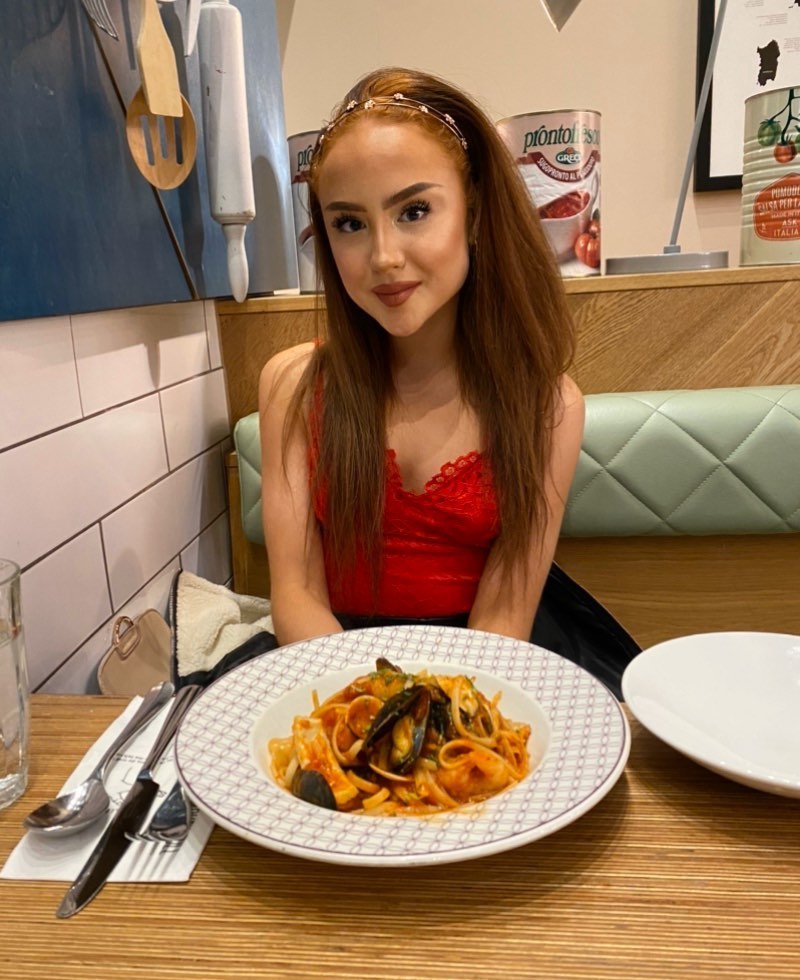 Because the staff were trained in eating disorder recovery specifically, Ellie wasn’t able to indulge in her bad habits and her bathroom was kept locked so she couldn’t vomit after meal times.

“It was a turning point for me and I wasn’t able to get away with my behaviours anymore that I’d been relying on,” Ellie said.

“I knew that enough was enough and I needed to commit to recovery. I worked hard every day following a meal plan of three meals and three snacks, and after six months I was allowed to leave the unit.”

Ellie now lives with her parents in Aberdeen and has steadily gained three stone weight. She follows a specialist meal plan and is due to be fully discharged from the programme by January.

She said: “I feel so much better after going through recovery. I never thought I would feel happy with myself at a higher weight, but I feel more confident than I ever have before.

“Recovery has brought back my true happiness. My eating disorder tried to make me regret telling my mother what was going on, but if I hadn’t then I would have died.

“The hardest part was letting go of my behaviours and my need for control. But my whole family was affected by my illness and seeing them proud of me and so much happier makes it all worth it.

For help and support on eating disorders and body image, you can call Beat Eating Disorders.

“Now, I’m taking each day as it comes and focusing on getting fully healthy.”

One thing that has helped throughout her recovery is her love of music. She writes songs and sings and plays guitar – something she says brings her joy and has saved her life.

“I have been singing my entire life and started playing the guitar three years ago, so I’ve been writing my own songs and would love to perform one day” she added.

“Music is one of the main things that got me through the darkest times. It saved me and brought me back and always fills me with joy.

“Eating disorders are extremely deadly and recovery can seem impossible but you don’t need to do it alone. Reaching out and being honest about what you are going through means someone can help you.”

In other news, this woman revealed how her girls holiday to Magaluf saved her from her eating disorder.

And this woman has battled bulimia for 30 years but is determined to get better.

Plus Jade Thirwell revealed that doctors warned her that anorexia would kill her before X-Factor fame.