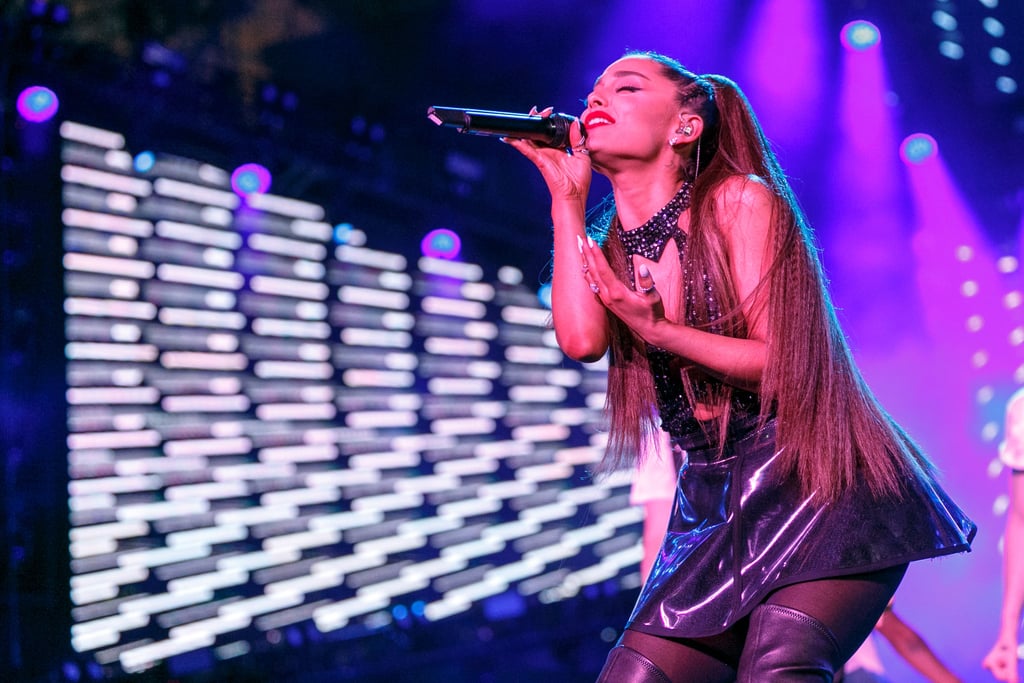 After two music videos, several talk show appearances, and months of eager anticipation, Ariana Grande’s fourth studio album has arrived. So, you know what that means: new merch. To coincide with the launch of Sweetener, the 25-year-old pop star released minimalist sweatshirts, t-shirts, and accessories inspired by her album cover and surreal “God Is a Woman” music video.

Though the oversize sweatshirts are perfect for replicating Ariana’s “lampshading” look of choice, it’s the dreamy tie-dye backpack that also caught our attention. Oh, and those face masks Ariana and Pete Davidson have been wearing lately? She’s got those in her collection, too. Shop the quintessentially Ariana merch ahead.