THERE is not doubt about it, if you have the money Rixo is the brand to be seen in with it becoming the go-to label for celebs and influencers alike.

But for those of use on a budget the £195+ price tag can be a bit of a squeeze – but fear not ASOS has the answer. 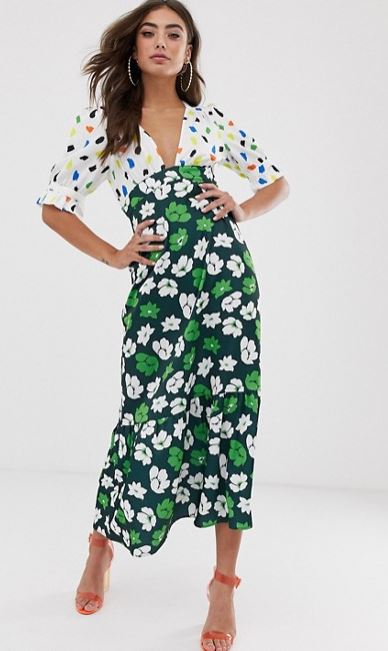 The online retailer has released its latest ‘It’ dress, a printed tea dress that looks strikingly similar to one from the cool-girl brand.

The ASOS Design plunge tea maxi dress boasts the same shape and length as the popular Martha dress from Rixo.

Not only that but the high street design also has the signature clashing prints that has made the designer piece so iconic.

The eye-catching design would be perfect for any summer wedding and the flattering shape is sure to flatter most. 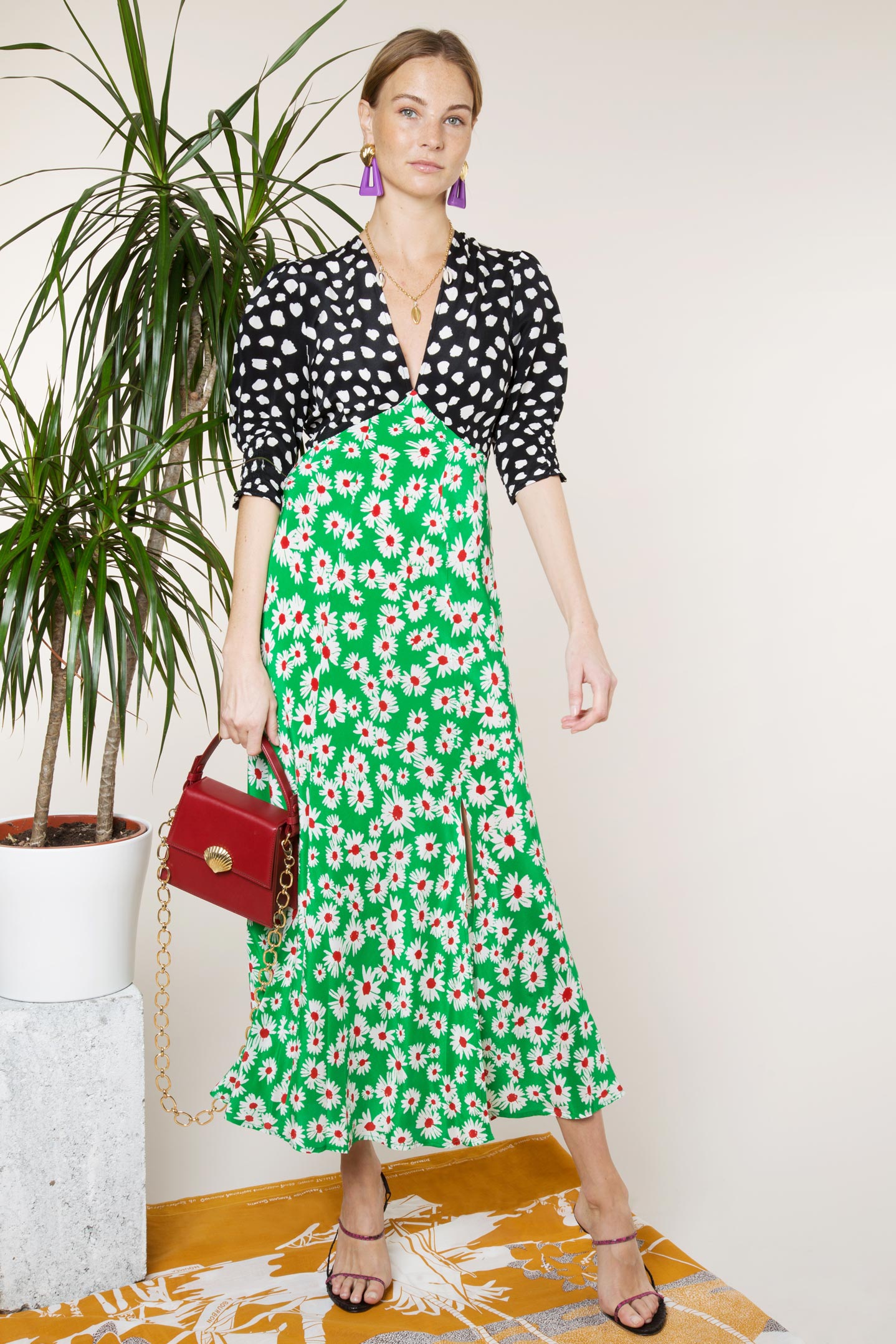 A post shared by Brown Thomas (@brownthomasgalwayofficial) on Feb 2, 2019 at 1:54am PST

A post shared by Brown Thomas (@brownthomasgalwayofficial) on Feb 2, 2019 at 1:54am PST

The only major difference between the two is of course the material with the chic Rixo dress made from 100 per cent silk while the budget version is 100 per cent Polyester.

The high street bargain landed online this week and is still available in all sizes, but the eye-catching item is bound to be a sell out so shoppers should act fast. 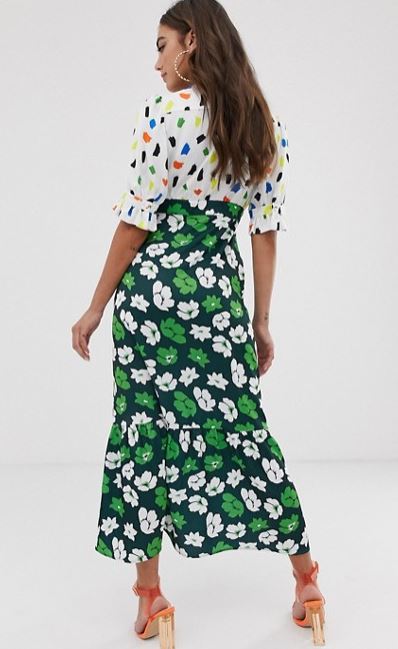 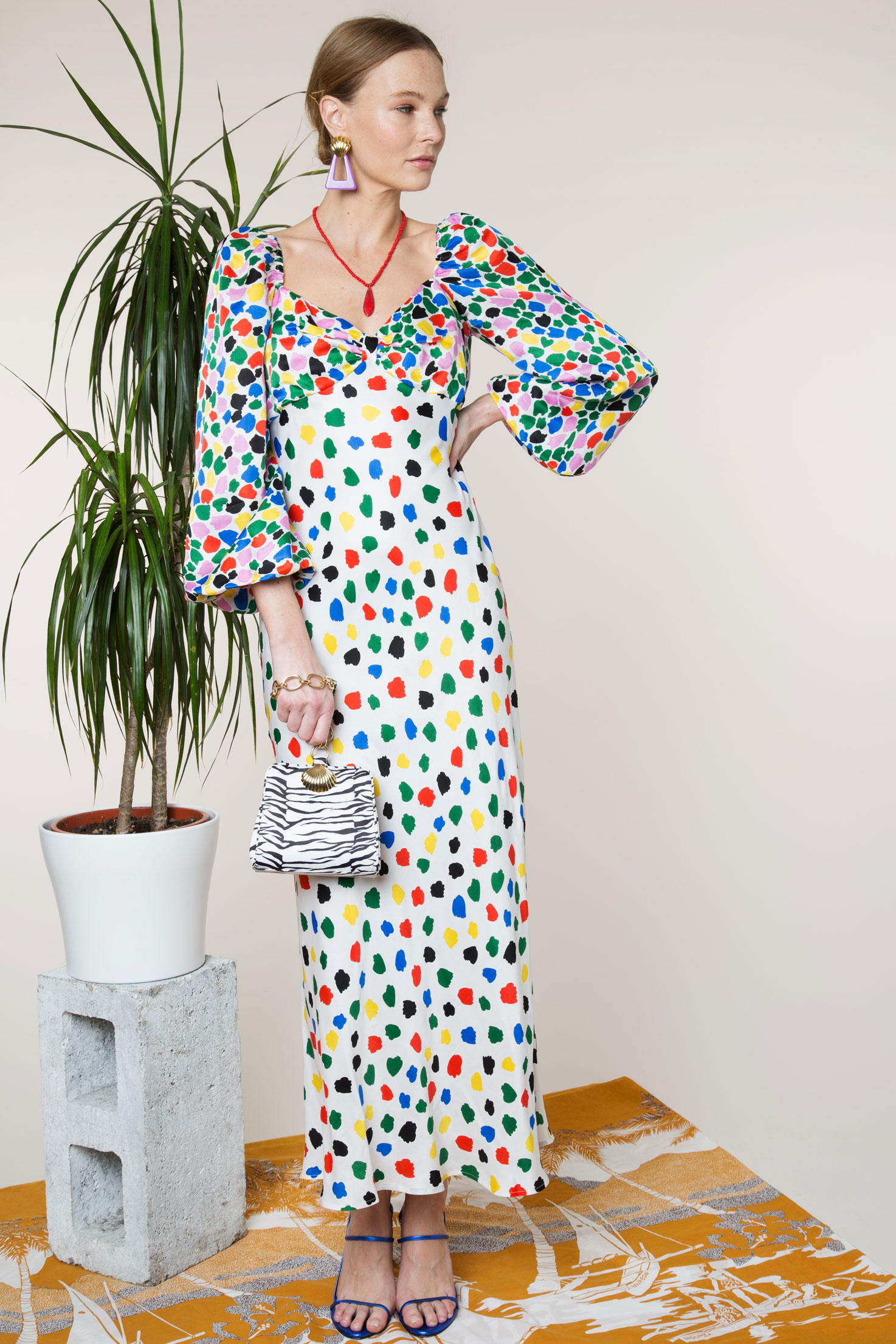 The Martha dress, which launched earlier this year, has been spotted across Instagram proving to be a favourite among influencers.

Describing the garment the brand says: “Fabulously flattering with short sleeves and a leg split, this Martha dress is the perfect piece for your wardrobe. Wear with boots to brighten up a moody Monday morning and mules to see you through those long balmy summer nights. We’re half-crazy all for the love of Martha!”

The brand has released the dress in various prints as well as several mini dress versions.

ASOS is not the first high street brand to take inspiration from Rixo’s boho style aesthetic.

Last year Topshop released a £42 mini dress that was a total dupe of the sought-after Rachael dress from the brand.

And after capturing the interest of Instagram's fashion pack, the dress did the rounds on eBay where it sold for almost double its original price.

However, it was still £223 less than the Rixo dress that appeared to be its inspiration.

In other fashion news you can now rent the tiny Chanel bikini loved by Kim Kardashian – but fans say it’s disgusting.

And a ‘Skinny Dipping’ bikini claims you’ll get ‘no more dodgy tan lines’ but it does give the illusion you’re naked.